It was another aggravating loss on Tuesday night, and yet one that just felt so predictable.

During Derek Jeter Day on Sunday, the Yankees hoisted the brand spankin' new and in-no-way-marketable flags up around the stadium that had the commemorative Jeter patch logo on them. These flags went up in place of the 30 MLB team flags that are usually there denoting each team's position in its respective division, including the AL East.

The Yankees are wise to hide the standings since those flags really should not be a focus right now, and their caliber of play tonight was indicative of the reason why. It was strange for a one-run game not to feel close at all, save for one inning. Yet that's how it seemed, and I'm sure I'm not the only Yankees fan who felt that way.

Hiroki Kuroda took the mound tonight for the Yankees riding a better streak of late-season starts than has been his tradition over the past couple years, notching a 3.05 ERA and .523 OPS against since the beginning of August. Tonight... was not such a good night. He got off to a promising start by striking out the side in order in the first, but James Loney stopped that string leading off the second by connecting for approximately his 800th homer against the Yankees. Kuroda also gave up a hit to Matt Joyce, though he worked around that jam to end the second. An inning later, the hits kept on coming, as four Tampa singles brought home two runs and ran the score up to 3-0.

All while this was going on, the Yankees were doing nothing against Chris Archer, who retired the first nine batters in order because of course he did. Kuroda wasn't pitching well and the offense wasn't giving him any kind of extended rest on the bench between innings. When he came out for the fourth, he was just gassed. After a groundout, Kevin Kiermaier, Ryan Hanigan, and Ben Zobrist all singled consecutively to make the score 4-0 and Kuroda's day was done. Surprisingly, David Huff entered and stranded the runners on a pair of flyouts.

The Yankees briefly showed signs of life on offense in the next two innings. Ellsbury led off the fourth by belting a solo homer to the short porch in right, his 15th of the season. Although Brian McCann's one-out single was wasted as he was stranded, the offense returned to the plate with vigor in the fifth. Archer immediately ran into trouble by grazing Chase Headley with a pitch and surrendering three straight singles to the unimpressive bottom of the Yankees lineup: a 40-year-old Ichiro Suzuki, a completely lost Stephen Drew, and even Mets castoff Chris Young. The latter's bases-loaded single made the score 4-3. With still nobody out, it felt like the Yankees were actually in the game for the first time all night. Ellsbury followed with a single, and in the middle of the play, chaos ensued.

1) This should not be a stunner for anyone following the Yankees this year, but what on Earth was third base coach Rob Thomson thinking in sending Drew there? I know he wants to be aggressive with a team that hasn't been scoring a lot of runs, but why rush matters? If Drew stays, then it's still bases loaded and no one out. Even a patented Derek Jeter double play scores the tying run. This was the 21st time this year that Thomson sent a runner home to be thrown out at home plate, a figure that leads the league.

I'm sure Thomson brings some value to the organization in his other responsibilities as a coach, but I cannot fathom any reason he should stay in the third base coach's box past this season. It's just ridiculous to have so many runners thrown out at home. For now, just adhere to this simple axiom: 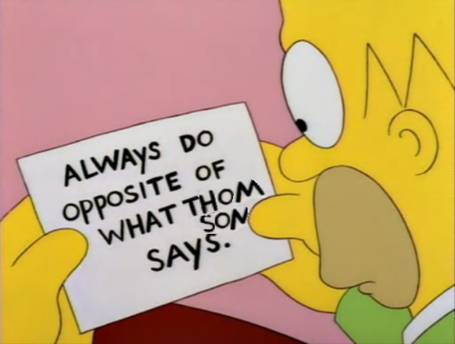 Ball's not even close. If this isn't blocking the plate & creating no path for the runner, then what the hell is? pic.twitter.com/AiF6v4NlD8

No one has any idea what the hell the rules are about blocking the plate and collisions. As the tweet says, there is basically no path for Drew to score and the ball is not even remotely in the picture, so that can't be an excuse for Hanigan to be blocking without the ball.

Shortly before this play, Tanya noted that the Yankees were huge trolls given their irritatingly frequent ability to sometimes make games close and then stop doing much of anything instead of finally reaching a tie or heaven forbid a lead. Well after the botched play at home in the fifth, here was the entire Yankees offense: one Ichiro infield single in the seventh. Everyone else made an out. Yee-haw.

Joe Girardi deserves some credit for mixing and matching with great success from the time Kuroda departed and onward. Huff, Chase Whitley, Rich Hill, Esmil Rogers, Josh Outman, little Bobby Rodgers of the South Bronx Little League, Shawn Kelley, and David Robertson combined to throw 5 2/3 innings of two-hit scoreless baseball. With the exception of Robertson and I guess Kelley, that is tremendous production from the janitor's mop closet.

Despite their efforts, the Yankees offense of course did not reward them. A line drive double play from Jeter ended the aforementioned threat in the fifth, and Ichiro and Drew combined to blow the last opportunity in the seventh. Ichiro had stolen second after his one-out single, and he bolted for third. Drew swung and lined it right to Wil Myers in right field, who doubled off Ichiro after the latter was slow in returning to second. It was just one of those nights. It's just one of those seasons. If you are daring enough to watch another Yankees game, they will be playing this silly game of baseball tomorrow night at 7pm as Chris Capuano faces Jake Odorizzi. Beware.