Korean shortstop Jung-Ho Kang to be posted; should the Yankees pursue him?

Amid the shaky crowd of shortstops entering free agency who might replace Derek Jeter, a new challenger approaches!

Share All sharing options for: Korean shortstop Jung-Ho Kang to be posted; should the Yankees pursue him?

It sadly appears that the end of the Yankees' 2014 season is right around the corner, doomed to their first string of consecutive seasons without a playoff berth since the rebuilding years of 1992 and 1993. Top pitching prospect Luis Severino wasn't even alive yet. It will also be the end of an era as shortstop Derek Jeter will step away from the game, leaving the Yankees with a hole to fill at shortstop. Aside from arguments that they probably should have been on the market for better shortstop insurance in 2013 than Eduardo Nunez and Jayson Nix when Jeter was rehabbing following his 2012 ankle injury, they will be on free agent market for a shortstop for the first time since the hasty 1994-95 off-season that went quickly after the player's strike ended. With then-top prospect Jeter hurt, the Yankees invested in Tony Fernandez. So who will they invest in for 2015 and beyond with Jeter gone?

The big names on the upcoming shortstop free agent market have been known for months--the Dodgers' Hanley Ramirez, who can't stay healthy and is pretty much a shortstop in name only at this point, and the Orioles' J.J. Hardy, who has lost some power this year but still plays great defense and otherwise-nice offensive numbers. Other than them, it's a dark cloud of mediocrity or worse led by Stephen Drew, Asdrubal Cabrera, and Jed Lowrie. Yippie skip. The Yankees have been fortunate to not have had to dig through the free agent market for shortstops in decades. It's obviously a very difficult position to fill, evinced by Boston's difficulty finding a consistent replacement for their beloved Nomar Garciaparra, who was traded in the middle of 2004, and the fact that the Reds still have yet to truly succeed Barry Larkin at shortstop over a decade after his retirement. It's rough out there.

However, according to the Boston Globe's Nick Cafardo, there might be a new name to enter the ring: 27-year-old Korean shortstop Jung-ho Kang (or Jeong-ho Kang). Don't let his age deceive you--Kang appears to be someone who could start playing in the majors leagues as soon as he's signed, without needing time in the minors. Cafardo says that Kang's team, the Nexen Heroes, plan to post him this off-season:

Kang is going to get posted for a major league job. The righthanded power hitter, who has 38 home runs and 107 RBIs in 107 games this season, is 27 years old and will stay at shortstop or convert to second or third base. He’s listed at 6 feet, 180 pounds, but he looks bigger. The Cardinals were interested early, but a few teams have been added to the mix. Kang has major power and with the absence of it in the majors, he should get some serious money.

Kang's success in Korea goes beyond the traditional stats as well, though the home run numbers are gaudy enough to be intriguing regardless. Check out his Baseball-Reference numbers as he's matured over the past five seasons with the Heroes:

That's doing work while staying remarkably healthy as well. The Korea Baseball Organization seemed to vary in exactly how many games were played per season, but to date, Kang has played in 96.5% of Nexen's games over the past five years. As a bonus, Kang also made an appearance in the 2013 World Baseball Classic, appearing in three games while going 2-for-9. One of those hits was a crucial eighth inning two-run homer that put Korea on top over Taiwan, who eventually won the pool despite the loss:

That... is not meager power. The offensive numbers in the KBO are very nice, especially considering the league's average triple slash over those five years. This year in particular, the league is hitting .291/.367/.447, putting Kang's numbers far better than the norm. He leads the league in slugging percentage and OPS, and he is not far off the league lead in other notable offensive categories as well.

Kang is also a defensively savvy shortstop from the scant reports about him that have been published, though major leagues teams are no doubt aware of just how good he is. Highlight films can make just about any player look better than he is, but it's still worth noting that the plays he makes here (aside from the monster dingers) certainly catch the eye:

As Cafardo mentioned, the Cardinals have been tied to Kang, but other teams have recently entered the fray as well. Scouts from several teams appeared at an August 27th game featuring Kang, though the Yankees were not among them. Of course, that doesn't mean the Yankees are ignoring him, either. As we learned with the Masahiro Tanaka sweepstakes, the Yankees had their eye on Tanaka as far back as 2007. They certainly know more about Kang than you, me, or most anyone not currently covering Kang or working in Major League Baseball.

It's difficult to get a gauge on the true talent of these international players from what little is available. It's also worth noting that no position player has ever successfully journeyed from the KBO to the major leagues before. (Shin-Soo Choo and Hee-Seop Choi were both amateur free agent signing at a young age and never played there before hitting the majors.) The KBO is also believed to be a much lower talent level than MLB, not to mention the Japanese counterpart NPB, so Kang's numbers must be used with caution. It's the same league where former Orioles washout Felix Pie (75 OPS+ in 425 games) is hitting .340/.391/.550 with 32 doubles and 16 homers. Beware of such demonry.

Nonetheless, with talent like Kang's seemingly set to hit the posting market, we can only hope that the Yankees are keeping a close eye on him. Shortstops who can hit for some power don't come along very often. The Yankees need a shortstop for the future, and it's hard not to think about the possibilities that Kang could offer. If the Yankees' more informed scouting and internal metrics don't project much success in the pros for Kang, I'll understand if they don't pursue him. If they think there's a good chance that he could make it in MLB though, they should definitely put a bid in on him.

Plus even if he flops, then we could have an awful lot of fun with this: 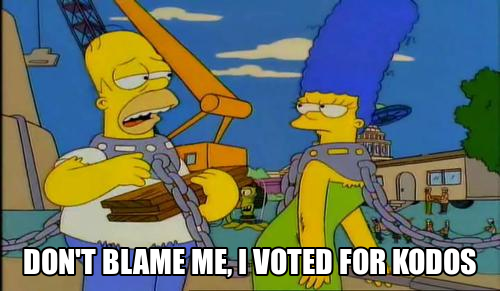