After waiting for what seems like forever to fill their coaching vacancies, the Yankees decided to get it all out of the way on Sunday afternoon. Joe Espada has reportedly been hired as the new infield coach after the departure of Mick Kelleher follwing last season. Espada served as a major league scout for the Yankees last season and previously worked as a third base coach for the Marlins.

Willie Randolph interviewed for the open infield coaching position but apparently the Yankees preferred to give the gig to Espada. If the team wanted to go ahead and rightfully ditch Rob Thomson at third base, maybe they could find a spot for Randolph as well. I'll be holding out hope for this right up until Opening Day and maybe longer. 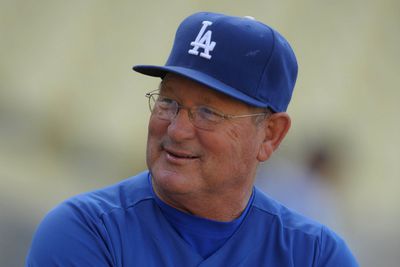 Espada was drafted by the Athletics in 1996 and played until 2005 without ever reaching the majors. He caught on with the Marlins organization in 2006, serving as the hitting coach for their Low-A and High-A affiliates over the next two seasons before being named minor league infield coordinator. Espada was the Marlins third base coach before the team tried to reassign him to the minors to gain managerial experience when he opted to take a position within the Yankees organization instead. Now it looks as though he'll be first base coach for the team in 2015 unless the front office decides to shake things up even more.