The months-long search is over, as the Yankees have decided to go with a two-man hitting coach system for the first time in franchise history.

Share All sharing options for: Yankees to hire Jeff Pentland as hitting coach and Alan Cockrell as assistant hitting coach

The Yankees definitely have odd timing with their announcements. They always seem to make moves on Fridays, the Manny Banuelos trade occurred on New Year's Day, and the news of their finally hiring a pair of hitting coaches leaked in the middle of the NFL Divisional Playoffs. Maybe they prefer it that way. Either way, the Yankees have their men for the job: Jeff Pentland and Alan Cockrell.

Source: Yanks are expected to hire Jeff Pentland as hitting coach and Alan Cockrell as assistant. 1st time team will have 2 hitting coaches. 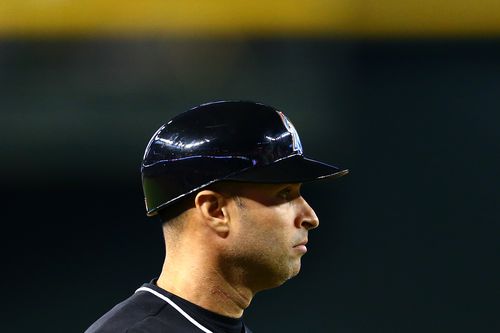 The Yankees tabbed Espada to be the infield coach over Willie Randolph.

As with many of the names in the coaching business who aren't former players, Pentland and Cockrell will be relative unknowns to most Yankees fans, but fortunately, YES Network's Jack Curry has spent some time over the past half-hour tweeting more about them and their backgrounds. Here's what Curry had to say:

So both coaches have certainly been around the block once or twice. The 68-year-old Pentland is definitely a veteran, having coached in various capacities in college, the minors, and the majors almost every year since 1975, despite only four years of minor league ball to his name. He's worked with the Cubs, Royals, Mariners, and most recently, the Dodgers, though he hasn't been in the majors since mid-2011. Pentland was an under-the-radar name present throughout the hitting coach search, and it seems like the Yankees really liked what they saw from him. This one tweet from Curry is especially encouraging about Pentland:

Pentland, who is 68, has strong resume as a hitting coach and has worked with the likes of Bonds, Sheffield, Beltran, Kemp, Sosa.

Those names are... okay. It's good that he's worked with Carlos Beltran too; maybe he can help him rediscover his Cardinals stroke in 2015.

Assisting Pentland will be the somewhat younger Cockrell, who is 52 and a former hitting coach with the Rockies and Mariners. A much more heralded prospect as a player, he was the 9th overall pick in the 1984 Draft, but 13 years in the minors led to just nine games in the majors, as a 33-year-old rookie in 1996 with the Rockies. Nonetheless, Cockrell appears to have established a solid reputation as a coach, so it will be interesting to see what he and Pentland can do as a tandem.

The Yankees have never gone with a dual hitting coach system like this before, but it has been adopted by more and more teams around baseball over the past several years. Here's hoping it pays off with a bounceback year from the offense in 2015.