The MLB 2015 schedule has been released and there are a few major differences from this year's schedule. Instead of a staggered Opening Day, there will be one game on April 5 and every other team will start on April 6. Unfortunately, with the later start date next year, it means the season will end later as well, pushing the regular season in October, in turn meaning the World Series could end in November. Here's your first look at the 2015 Yankees season: 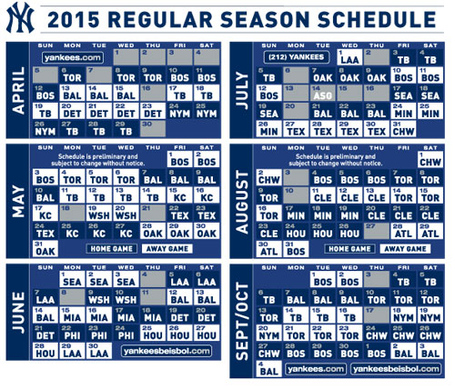