Share All sharing options for: A weather update for Derek Jeter's last game at Yankee Stadium

So today is the big day, Derek Jeter will play in his last game at Yankee Stadium, and wouldn't you know it, the forecast is calling for rain. The idea of it raining today is pretty much the worst case scenario for the Yankee captain's sendoff and since it's still several hours away, we don't know for sure when it's going to rain and how hard it will fall. MLB says that they will do everything in their power to get the game in, so whether it starts late or there are rain delays throughout, expect there to be a lot of waiting around:

Girardi: Yankees/MLB will do everything to get game in. "I suggest you make some plans because I think we're going to be here for a while."

Whether you're one of the lucky few who plan to attend tonight's festivities or you just want to know when you can tune in on your couch, we'll try to give you some updates as it gets closer to game time.

At the moment it looks like it could rain right up to start time and then possibly stop, allowing the game to get underway at 7:05 pm. Unfortunately, it's going to start raining about an hour or two into the game, so there could be an extended delay in there somewhere. 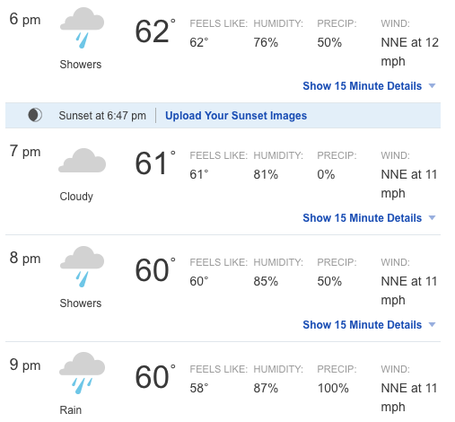 As for the idea of waiting through the rain, it looks like it's going rain pretty hard through midnight, so we could be waiting a really, really long time before the game resumes. That would just be insane. 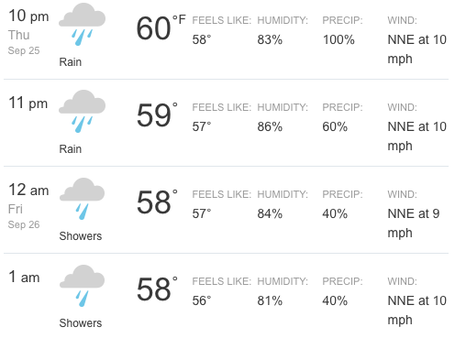 Hopefully this forecast updates soon with more promising news about tonight's weather. Either the Yankees or the Orioles need to trade for Mark Buehrle in the next hour so they have enough time to bring him in and pitch a game in under two hours. Even if the game gets ruined, it'll really be ok in the grand scheme of things. A little rain never hurt anyone and it certainly won't be hurting Jeter's legacy. 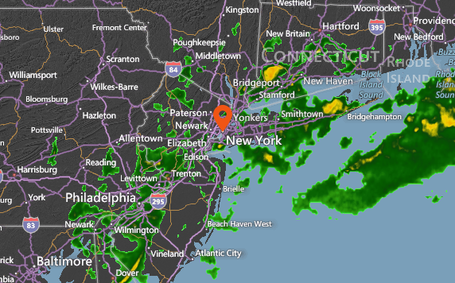 Fans: Don't worry about getting here super early. No BP today for #Yankees or #Orioles.

So batting practice is cancelled. Not the best sign, but it could be all ok, right??

5:24 Update: It's currently raining, but we might have our first Jeter miracle of the day. 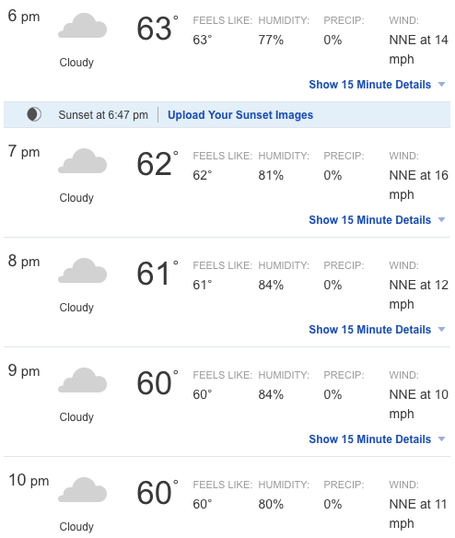 It still says there will be rain at around 11, but now maybe the game can be played without any interruptions. Now let's hope the game offers us something memorable.