Are you happy with the Yankees new draft class?

With the 2014 MLB draft over, how do you think the Yankees did?

Share All sharing options for: Are you happy with the Yankees new draft class?

The 2014 MLB Draft wrapped up on Saturday, ending three days of young ballplayers taking their next steps en route to The Show. The Yankees did not have a first round pick, and so their first choice in the draft came at 55th overall, where they took Jacob Lindgren. The lefty reliever from Mississippi State posted a 0.81 ERA and a ridiculous 16.27 K/9 over 51 innings this past season. While it's unclear if he will be given a chance to start in the minors, there is some speculation that, if he stays in the bullpen, he could find his way to the big leagues later this year. 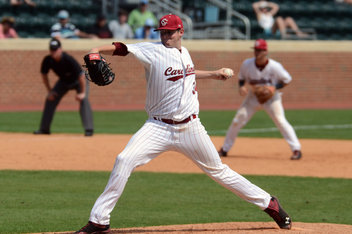 Covering the Yankees' picks for the 2014 MLB Draft.

Lindgren was just the first of many, many pitchers that the Yankees would take in the draft - they took 24 pitchers overall (out of their 39 selections). This draft class had been described overall as a deep pitching draft, and the Yankees certainly seemed to agree. The first position player the Yankees took came all the way in the seventh round, as they took center fielder Mark Payton out of the University of Texas with the 212th pick.

Over the course of the draft, the Yankees clearly favored college players, shying away from high school players with a lot of potential but a lot of work still to do. For a full rundown of everyone chosen by the Yankees, check out Jason's excellent review of the 2014 draft.

What do you think about the Yankees' new draft class? Too many safe picks, or not enough? Too many pitchers, or too many first basemen (because, yeah, they picked four)?  Vote in the poll below, and share your opinions in the comments below!