Share All sharing options for: Yankees 2014 MLB Draft: Mapping out the prospects

It's draft season, so we'll be spending the next month looking over prospect lists to see who the Yankees might be picking. Obviously, it's nearly impossible to correctly determine who any team will draft outside of the top 10-20 picks, especially the Yankees, who don't have a first-round pick this year. Even so, I wanted to try and develop a tool to help find patterns in New York's drafting plans. I've been considering doing something this crazy since last year's draft, but seeing Matt Garrioch over at Minor League Ball develop his own map for the 2014 draft class, made me think it couldn't be that bad of an idea.

I mapped out the location of each Yankees draft pick, rounds one through 40 (leaving out the 41-50 since that stopped being a thing), for each of the drafts over the last five years. I color coded the years and differentiated between college and high school picks as well, just to give us as much information as possible.

Right away we can see several discernible patterns of how the Yankees like to draft: 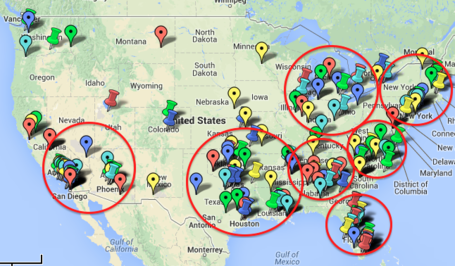 2. They're not too big on midwestern states, which lack major baseball programs, or northern states, since cold weather prospects are never very popular. 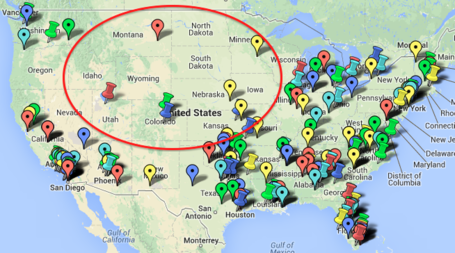 3. They seem to have backed away from the New England, Carolina, and Los Angeles areas. As you can see, the Yankees have pulled back on drafting from these areas over the last few years: 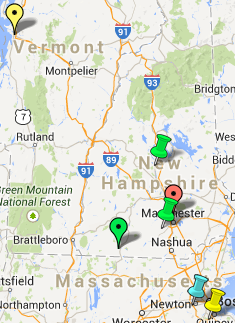 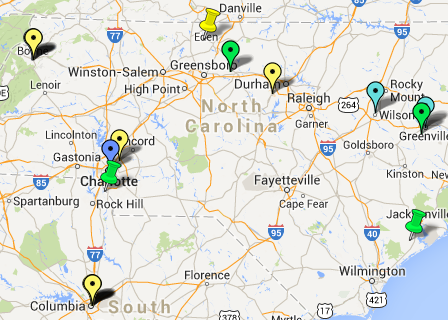 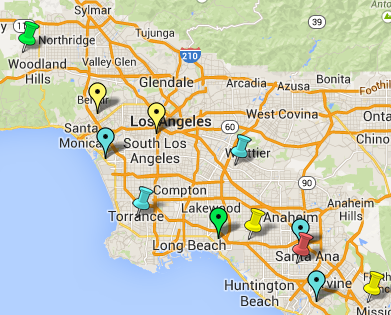 4. Meanwhile, they have gained interest in the Houston and Miami areas, taking more prospects from these areas in the last few drafts. 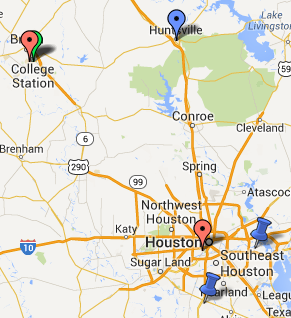 5. The Yankees have several schools they like to draft from, so look out for them to go back to their favorite wells again this season:

6. In Garrioch's article he breaks down the 2014 draft prospects into 14 different geographic locations:

Based on where they have drafted from in the last five years, the Yankees will likely be focusing on prospects in the California (30), Deep South (23), Florida (22), and Texas and Oklahoma (21) regions, with a nod at the Northeast (19), and Carolina (18) as well.

By taking the above criteria and applying it to the players both Jesse (2nd round) and Caitlin (third round) identified on this very website as potential Yankees draft picks, hopefully we can get a good picture of who the Yankees might be paying more attention to and be more likely to draft:

There's no way to know for sure which areas the Yankees scout and which areas they might not. I'd like to think that they scout all over America and the data we have is just from who they managed to draft. Still, there are plenty of decisions that can be made during Draft Day and they made those decisions for a reason.