The Yankees, Cam Newton, and a narrative about narratives

In regards to all the narratives about Cam Newton, let's compare it to certain Yankee narratives and have a narrative about narratives. Will such a meta-discussion implode the internet?

Share All sharing options for: The Yankees, Cam Newton, and a narrative about narratives

Okay yes, Peyton Manning potentially retiring with his second Super Bowl ring is a story as well. That’s mere speculation and guessing at this point. The meat of that story won’t be cooked to a perfect medium rare until Peyton actually announces his retirement. Until that announcement, said meat is still at the butcher’s shop waiting to be purchased. Now that you’re potentially thinking about steak, you should be informed about the real purpose of this topic is not steak, but rather this whole Cam Newton vs. the media kerfuffle, and its relation to our beloved New York Yankees. You should also be informed that this article is not, repeat not, sponsored by NYY Steak. 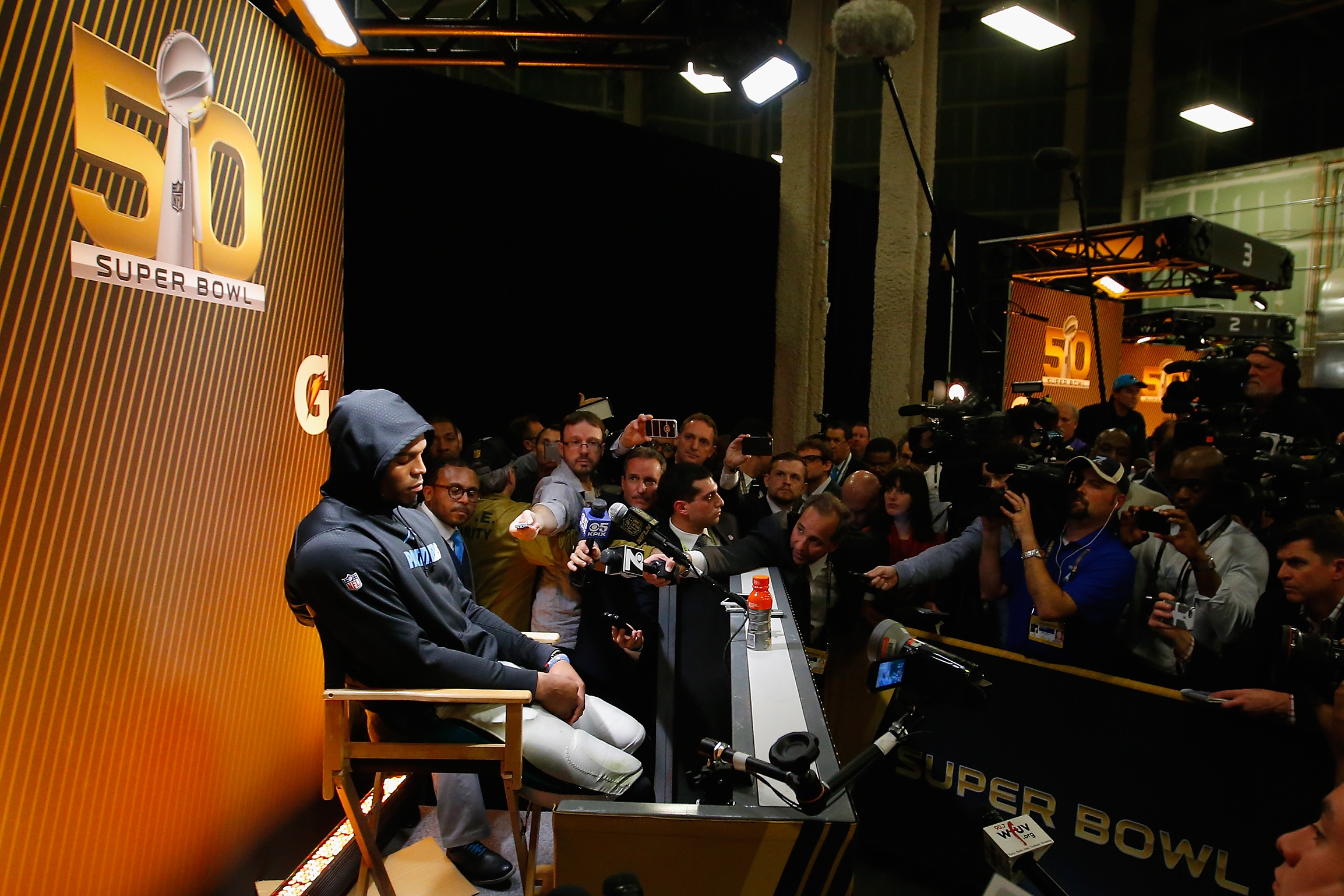 To make a long story short, Newton walked out of a post-game press conference due to being visibly exhausted (physically and emotionally), and overwhelmed after a long night of playing a grueling, taxing sport that ended in defeat. To make a short story dumb, people are upset with the 2015 NFL MVP for doing this because people are emotional and often stupid when it comes to sports and the individuals playing it. No one is an exception to this, not even myself. Words like "class" and "character" are typically brought up by individuals who frequently have little class, and character so boring and unforgettable that they were probably in the Star Wars prequel movies. The only difference is that they show more emotion than any Star Wars prequel character, save for Senator Palpatine in Revenge of the Sith. Now that we’ve brought this back to the Evil Empire, let’s discuss how this actually relates to the Yankees.

Unless you simply don’t pay attention to things blatantly in front of you, the New York sports media coverage is relentless. The Super Bowl media is no different. To compare the two, let’s turn back the clock to June 12th, 2009 and the infamous Luis Castillo dropped pop-up game. Whenever someone asks me the question "What was the best Yankee game you ever attended?" this is the game that usually comes to mind, but for a different reason than most.

It was never fun getting soundbites from players who just lost and were drained from three-plus hours of baseball. This was true no matter how they lost. Some fans may be surprised to hear this, but humans playing a sport of athleticism and competition really like to win said athletic competitions. With your mind now properly blown, here's that dropped pop-up for old time sake:

What an amazing sport. Except for city bragging rights, this game was not that big of a deal in a season where 162 games are played. No one wants to lose though.

Now imagine you’re Luis Castillo. Imagine you just cost your team the game by dropping a routine pop-up that would have netted your team the victory. Now imagine knowing exactly what’s about to transpire afterwards as you walk off the field in shame and disgrace. You’ve just embarrassed yourself and your team in front of over 50,000 people live, plus a city of 8.9 million people watching at home. Even if only a third of those 8.9 million people are watching, that still rounds up to about three million. Got all that? Now sit down in a folding chair and surround yourself with about 30 people. Have 20 of those people hold microphones or voice recorders right in front of your face while the other 10 take video of you with shoulder mounted cameras, almost every one of them shining a bright camera light in your eyes. Still with me? Good. Now have those people ask you the same exact questions over and over and over and over again about one of the most embarrassing moments of your entire career mere minutes after you’re trying to process everything that just happened. Simple, right? 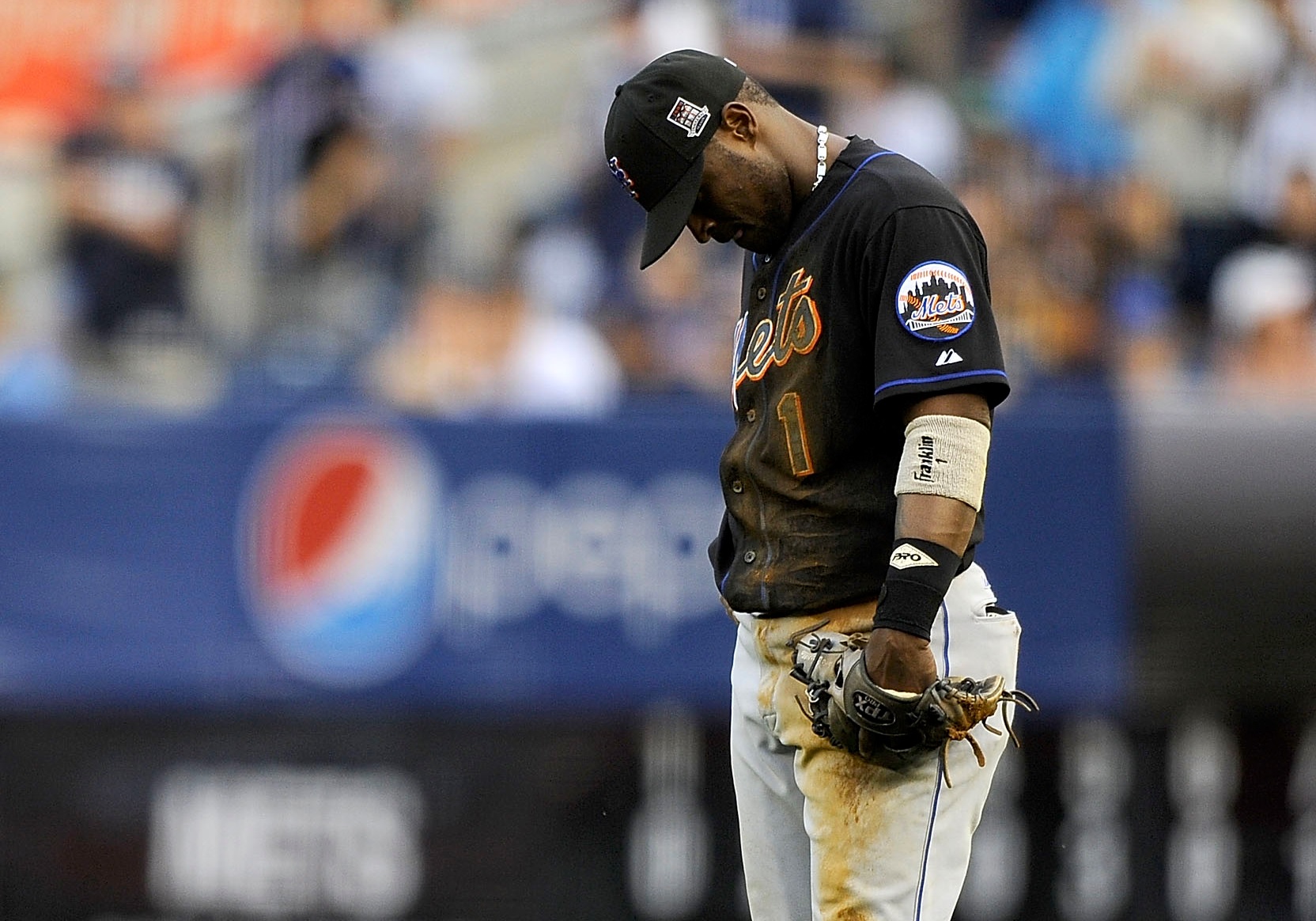 By comparing the Luis Castillo situation to Cam Newton, one will undoubtedly get the retort of "Well at least he answered questions about it like a man," to which I would personally respond "who gives a bunt?" Castillo stayed and answered countless questions about how he felt after he, just mere minutes ago, horribly cost his team a win. Whoop-de-shit. What do fans of both teams remember the most about that night? A: The fact that he dropped a routine pop-up that gave the Yankees the win, or B. The class he showed by staying to talk to the press. I'll give you a hint--the answer is not B. If you Google the name Luis Castillo, the words "showed class by..." does not appear after his name. Still though, Castillo was on the New York Mets. Let’s bring this ever closer to our pinstriped world.

The media loves narratives. Narratives not only sell but write themselves and make their jobs a whole lot easier because Johnny Angryfan eats it up. When Cam Newton walked away from the press, it helped to enforce the whole "Cam Newton is a classless, arrogant child" narrative you always see from some of them. The question people have to ask themselves here is not whether or not Cam is a classless, arrogant child because he walked away from that press conference. The question is if the reporters would have continued to run with that narrative even if he played the media's game the right way. If you don’t think the answer to that last question is yes, allow me to direct you to this article from the New York Daily News last year about Alex Rodriguez.

Because A-Rod was not in a hilariously awesome Yankees homage to The Sandlot, the team was apparently not "welcoming him back into the fold." This is just one of many examples of fueling the narrative by trying to make something out of nothing. There’s no reason for the media to stop either, because it often works.

Look no further than former Yankee second baseman Robinson Cano. Johnny Angryfan still legitimately believes that after nine seasons of excellent, hard working, uninjured play from him, Cano never truly wanted to be a Yankee because he didn’t hustle down the first base. When he took more money and years to play for the Seattle Mariners after the Yankees employed the classic and always reliable "take it or bunt off" negotiating tactics, it only reinforced that narrative to those fans who actually believe it. Once the narrative is locked in place, unlocking it from a fan's mind is next to impossible when there's always a small source of information out there that they believe keeps it true.

No one is saying that the media’s job is easy. Far from it. During the offseason, when information is somewhat few and far between, it cannot be easy to have to come up with something to write about. As bloggers, and not the journalists people think we are at times, we rely on almost any little tidbit of information. They are doing a somewhat thankless job, having to surround themselves with emotional, superstitious, and sometimes unresponsive human beings while trying to get information from them. The information itself usually doesn’t really matter to the media; it simply gives them something to write about. Just a hint of narrative is all they need to feed the fans what they want to hear. Just a little bit of negative news is all they need to fuel the fires of discussion and speculation.

Again, it's not an easy job. It's just that when you hear talking points on talk shows, or read what can laughably be described as think pieces, with a hilariously misplaced sense of superiority regarding "class and character," it really comes off as incredibly disingenuous from people who quite literally sit around like vultures waiting for news to drop so that they have something to talk or write about. 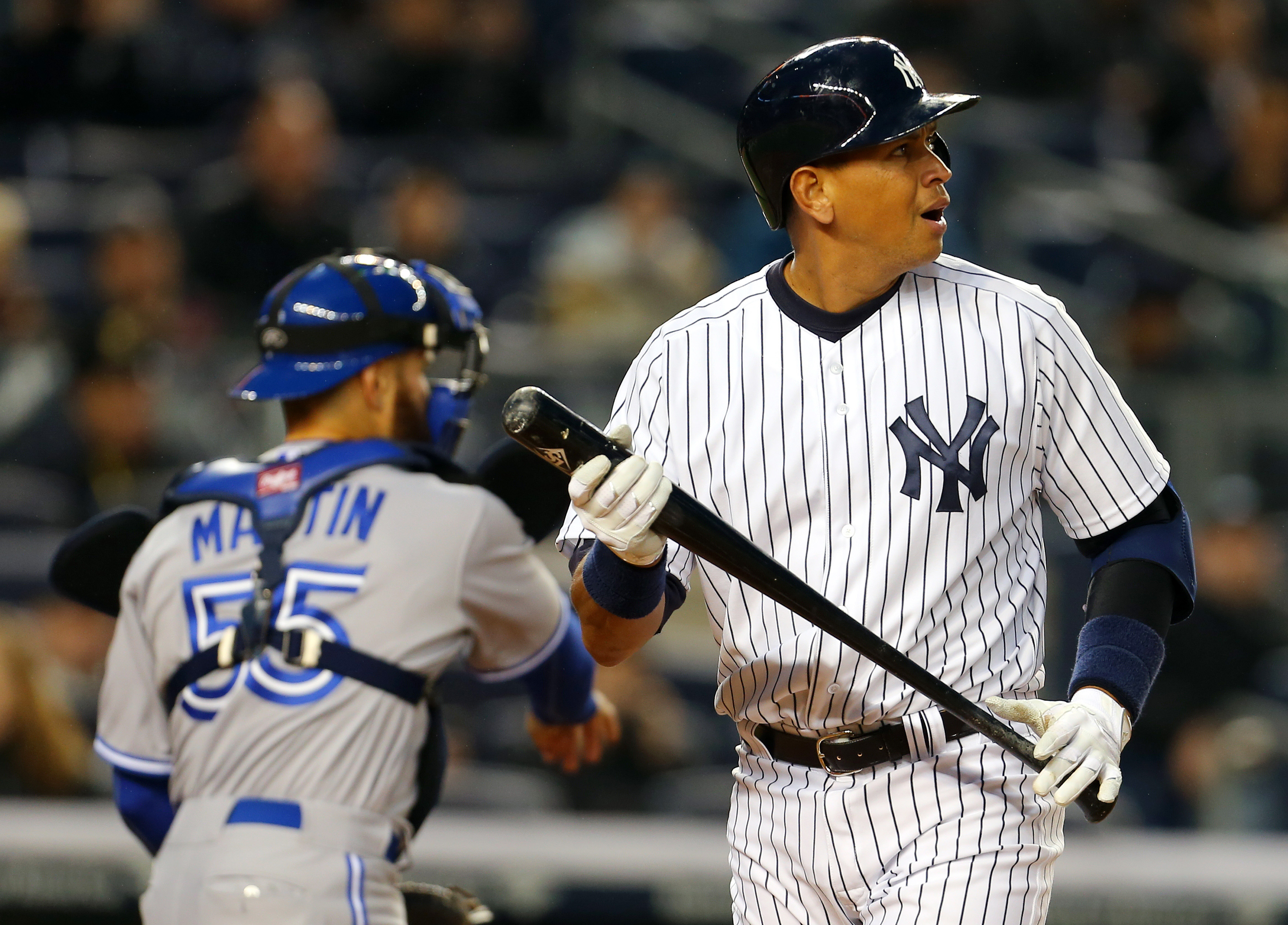 In a world when information is instant and unrelenting, the information about the players we root for can very easily conflict with our emotions and feelings about said player in question. There’s an old saying that you should never meet your heroes, and that can often be true. Look how many discussions get brought up about the "class and character" of certain MLB Hall of Famers when the subject of future Hall of Famer Alex Rodriguez enters the fray. Fandom is fandom, and it will always be emotional, both good and bad. Despite A-Rod’s amazing season and signs of humility, some fans still do not like or trust him, and they probably never will. Most of those fans will still cheer for him whenever he does something good for the Yankees because again, fandom is fandom. As long as A-Rod gives the media some kind of angle, whether good or bad, they will always love him no matter how badly they might scold him in an article. This is why the most important thing A-Rod did to win back a lot of Yankee fans was keeping quiet, giving them nothing to work with but his performance.

You know who never gave the media anything to work with other than his performance on the field? Yankees legend and Player’s Tribune founder Derek Jeter.  Well, here’s a fun fact: Jeter hated talking to the press and was not shy about letting us or them know it. He just did it because he was the team captain and it was expected of him. If you watched the interviews and the post-game coverage, Jeter was always kind of snide with his remarks to a good number of questions. During his retirement announcement, one of things he mentioned that he would absolutely not miss was that aspect of his job because, as he so perfectly put it, it was a full-time job by itself. Jeter is absolutely correct and many fans are glad that he dealt with the press his way. Roll that Gatorade ad one more time please.

Athletes have two full-time jobs. One of those jobs is infinitely more rewarding and heartbreaking than the other. As mentioned earlier with the Luis Castillo example, try doing a repetitive full-time job when you’re dealing with an intense emotional state, both good or bad. No matter their emotional state, they have to keep it in check. Players can say the right things and have them blown out of proportion. They can say nothing and have it blown out of proportion. Derek Jeter said all the right things and narratives about him being selfless and/or selfish came about. Alex Rodriguez not being in that Sandlot tribute apparently meant the Yankees were not welcoming him back. Cam Newton was apparently classless to walk out on answering the same questions over and over again. He has now given a proper answer to the press. Surely that will negate the narrative about a lack of class and character, right? Let's just ask A-Rod and Jeter how well that's going.

If only there was a place out there in which athletes could give their thoughts without the narratives or having to go through the press. Some kind of blog-ish thing in which they could think about what to say in a calmer, less stressful environment. Such an idea would be pretty--What’s the word I’m looking for?--Jeterian.