Jorge Posada needs to get over himself

Share All sharing options for: Jorge Posada needs to get over himself

One of the worst kept secrets about the Yankees' long string of recent postseason success was that Joe Girardi and Jorge Posada did not exactly see eye to eye. It was understandably a bit of an awkward situation in the late '90s when it was apparent that the young Posada's power bat was being wasted in Triple-A time and mostly a backup role while the veteran Girardi received the lion's share of the starts until about 1998-99, when they split time. Girardi did serve as a mentor during that time, but when he returned to the team as a bench coach in 2005 and again as the Yankees' manager from 2008 onward, the tension reportedly got worse, particularly when Posada became a full-time DH in 2011.

The 39-year-old did not take it well, and even four years removed from the game, Posada is still griping about it. This quote is from his new book, The Journey Home: My Life in Pinstripes, and it was excerpted in the Daily News over the weekend:

"I’ll put this as plainly as a I can. When you take me out from behind the plate, you’re taking away my heart and my passion... I knew that my role with the club was changing, but I don’t think that anyone making those decisions knew how much the things being done hurt me."

That's just one select quote from his screed. He also still isn't happy about the one game in 2011 when Girardi batted him ninth and he refused to play, the fact that they wouldn't let him catch at all that year, even in the bullpen, and Girardi's general relationship with him. Additionally, there's a section where he blames the Yankees' playoff losses in 2010 and 2011 on a clubhouse that wasn't as loose as it was in 2009. 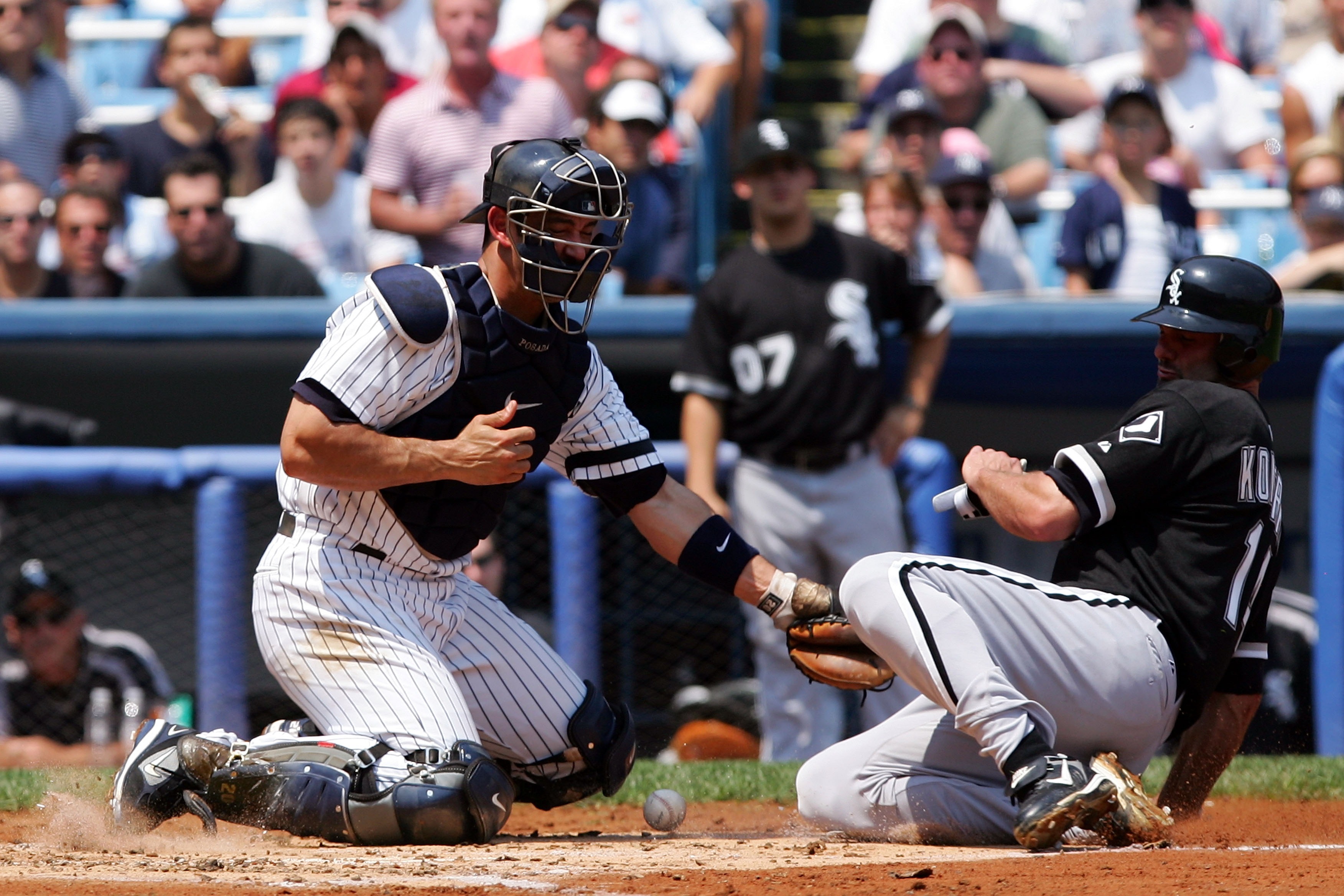 Given how obnoxious it was when Joe Torre released his tell-all book grumbling about Alex Rodriguez, Brian Cashman, and more the year after he left the Yankees, Posada's whining can only be viewed as even more ridiculous considering how long it's been since the incidents occurred. At least Torre's complaints were recent, whereas Posada's have apparently still been lingering, even as the Yankees have decided to honor him this year with a retired number, and have had him back at Yankee Stadium for multiple first pitches and Old Timers' Days. What is the point of all this, really? Book sales? Posada made $117 million during his career, and even though he lost part of it due to some shady investors, I highly doubt he's pressed for cash.

We're all human and years from now, we will inevitably all have complaints about old jobs, but it would be nice if Posada's bitching was at least justified. It's not. At all. First, there's the linked reports above about him blatantly ignoring Girardi's catching suggestions in 2005 since he preferred to call games on the fly. You might also remember that as the year Randy Johnson eventually refused to work with him because he was so difficult, forcing the Yankees to give backup John Flaherty more time than he deserved. While Johnson was ornery during his brief Yankees tenure, it takes two to tango and maybe if Posada had actually done his homework, they could have made the relationship work.

That 2005 Yankees team was also perhaps the worst defensively in the history of baseball, and it took an absolutely tremendous offense to get them into the playoffs that year. Posada had a 109 OPS+ that year, which is good for a catcher, but his ugly negative value surely cut into the positives from his bat. He was not a good pitch framer, and Johnson wasn't the only person who didn't like the way Posada called games. Compare that to fellow defensively-challenged power bat Mike Piazza, who pitchers loved to throw to and who by some metrics earned almost as many framing runs in his career as the highly regarded Tony Pena.

Back to 2011 though. By this point, Posada was not only worse than ever behind the plate but also almost 40. The list of effective catchers in their late thirties is not a lengthy one, and Posada did not have the defensive chops to survive there after turning 39. The one good quality to his defensive game, his arm, had only caught 15% of baserunners in 2010, too. Hell, the likely best defensive catcher of his generation, Ivan Rodriguez, was done at age 39, when Pudge was a backup on a second-division team. Craig Calcaterra over at Hardball Talk nicely chronicled Posada's decline due to injuries:

The fact of the matter is that players get old. And Jorge Posada was not immune to that. He missed much of the 2008 season due to injury. He was limited to 100 games behind the plate in 2009. In 2010 it was 83. He had meniscus surgery. There were better defensive options available to Girardi who, as everyone knows, is tasked with winning baseball games, not worrying about Posada’s ego and professional identity. Heading into 2011 at least, it seemed like Posada’s bat was still sturdy. He made perfect sense as a DH and taking away his catching duties seemed like a good way to help his body stay in playing shape.

There's also this Bob Klapisch article from 2011, which detailed the ugly condition of Posada's brain after close to 1,600 games behind the plate and countless foul balls and errant swings off the mask:

Although a CAT scan revealed no bleeding in the brain, the Yankees nevertheless had Posada undergo a comprehensive memory test. Posada said the test results were "not good" after the September incident. In fact, his results were subpar in two of the three tests he took in 2010. Does this mean Posada is at risk for brain damage? No one knows for sure, but the data is troubling.

Recent studies, conducted mostly on football players, say chronic traumatic encephalopathy is the result of chronic head trauma, and can bring about dementia in people in their 40s and 50s.

What was Posada expecting? The Yankees would have been running out an inefficient team if they kept starting him at catcher just to keep him from pouting? All while risking an ugly future due to brain trauma? In that Klapisch article, Posada himself noted "It’s something I’m starting to worry about, it’s something we have to keep an eye on. At my age, there’s reason for concern, especially since we know so much more about concussions. It used to be, you just shake it off, and keep going. But there’s more to it than that."

Maybe he was just putting on a brave face and agreeing with the company line. Either way, those words are apparently lost on him now. Russell Martin's bat could be frustrating when he was on the Yankees in 2011, but basically no one doubted that the pitching staff was in a better place with his renowned glove behind the plate instead of Posada. Martin was more than a decade younger than Posada and around his prime years. It made sense to move Posada to more of a DH role, and with a capable backup in Francisco Cervelli, it would have been wasting Cervelli's abilities to stash him in Triple-A just to satisfy Posada by making him the backup catcher, just as the Yankees were wasting Posada's bat early in his career. He certainly could have ended up complaining about that, too.

It is true that some players simply don't take to DH roles very well, and it didn't help that Posada was 39. However, catching again wasn't going to magically make his bat that much better than the inconsistent .235/.315/.398 (90 OPS+) triple slash he posted for the season, nor his complete collapse against lefty pitching. There's a decent argument that when Girardi batted Posada ninth, he was lucky to even still be starting.

Posada's gripes about the 2010 team are odd too, since the only notable regulars who were absent from the '09 squad were Johnny Damon and Hideki Matsui. Were they really the only guys who were able to make that much of a difference in the clubhouse? Posada does mention that Damon had fun post-game win rituals in '09, but while he was certainly popular, it would be very weird for him to be the lone person making that clubhouse enjoyable. It seems like kind of a shitty thing to say about your former teammates, as the only people he mentioned in a positive light were Jeter, Mariano Rivera, and Robinson Cano. 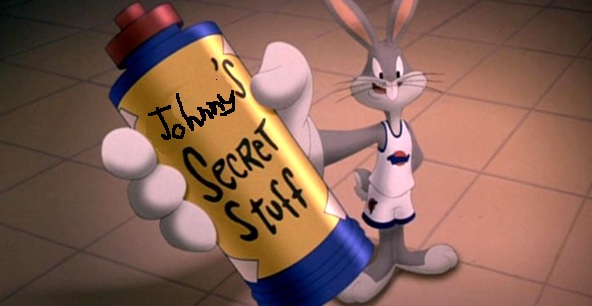 Nick Swisher and A.J. Burnett were always being talked up for their clubhouse presence in 2009--Did they just suddenly decide "NAH LET'S BE ASSHOLES?" Were the seemingly well-liked veterans CC Sabathia, Curtis Granderson, and Mark Teixeira ineffective as well? Either way, that team was two games shy of becoming one of just four teams to win back-to-back pennants in the past 20 seasons. Whatever. Maybe Damon had his own version of Michael's Secret Stuff.

Hearing Posada whine like this makes me sad. I loved watching Posada in his prime. He was always a home run threat, he was a menace from both sides of the plate, and there was no doubting that he was a respected clubhouse leader who seemed to always play hard. The dude could rake. Unfortunately, he has not put himself in a good light the past few years at all, and slamming Girardi for a decision that was in the team's best interests is just silly. Bernie Williams wasn't happy with the way he and the Yankees parted ways, but he never released any tell-all books slamming Cashman. Neither did Don Mattingly when the Yankees strongly encouraged him to retire following the '95 season so that they could improve at first base with a guy like Tino Martinez available.

The high road involves swallowing some pride, but such is life. Posada wasn't a legitimate catcher at age 39. Neither were Pudge, Yogi Berra, Bill Dickey, or Johnny Bench. End of story.

Next Up In MLB