Once upon a time, I was all about sticking up for A-Rod, but now, I simply don't care.

Share All sharing options for: A Yankees fan's development from Alex Rodriguez defender to pure apathy

When Derek Jeter retired at the end of the 2014 season, it left someone who was practically his polar opposite as the longest-tenured Yankees player: Alex Rodriguez. It is kind of odd that A-Rod has now been in pinstripes longer than anyone else on the time, but in a way, it's fitting. It has felt like A-Rod's been on the team in forever, and not a totally enjoyably forever like the way it felt in the glory days of Jeter, Mariano Rivera, Bernie Williams, and all those dynasty players. (Fun fact: When A-Rod was first acquired, Ronald Reagan was still alive. It's been awhile, to say the least.) A-Rod's tenure in New York has been about as tumultuous as imaginable, from phenomenal MVP seasons to postseason struggles to a cathartic championship, and finally to PED suspension. A-Rod's journey has almost been a microcosm of Major League Baseball's own bizarre ride over the past couple decades.

There was a time when I enjoyed the craziness. Remember the simpler days of A-Rod as a Yankee when all people who liked him had to worry about were his playoff numbers, Joe Torre batting him eighth, the "hah!" incident, and his weird thing with Madonna? It felt so easy to dismiss those arguments since A-Rod was obviously an unbelievable player, perhaps the greatest of his generation aside from another guy who wasn't a stranger to controversy in Barry Bonds. The news from spring training 2009 about him appearing on the 2003 list that led to him admitting PED use with the Rangers was disheartening, but it was easier to dismiss that because MLB was barely making any effort to combat it at the time. (Hell, names on that that list was never supposed to be leaked.) The story went back to his playoff struggles, and it felt that no matter how many times A-Rod had a shaky Division Series that helped sent the Yankees to first-round exits, the odds were that he would eventually break through. 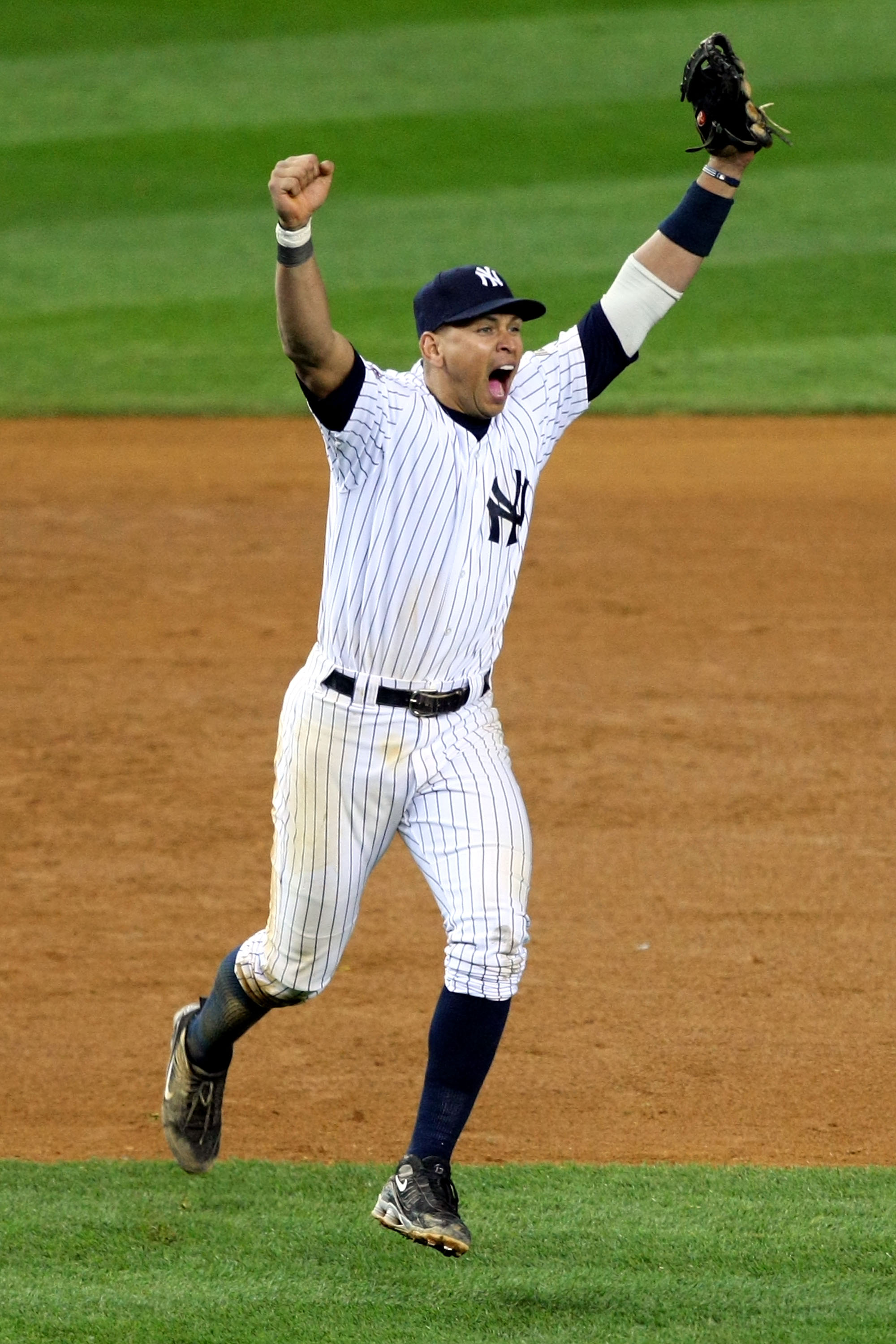 Boy, did he ever. That 2009 championship was so fantastic to follow as a fan, and A-Rod was, of course, a big reason why it was so enjoyable. I supported him when many Yankees fans were screaming at him for not being clutch, for being an overpaid distraction, for causing child hunger, for becoming a corrupt Pirate King, or for whatever other reasons they wanted to concoct. The fact of the matter was that he was just due, and the '09 playoffs proved that, as he came up with huge late-game homer after huge late-game homer while the Yankees marched to the World Series and finished off the Phillies for their 27th World Series title. It was A-Rod's first championship, and you could in his post-game reactions how much that trophy truly meant to him after all the years of turmoil, dating back to when he bolted the Mariners for a record deal with the Rangers.

In the years following '09, it still wasn't difficult to defend A-Rod, even when his post-season numbers from 2010-12 weren't as good. He remained a vital reason why the Yankees were able to reach the playoffs in the first place for those three years, and he was still putting up numbers that would be considered career years for most players. That 10-year, $270 million deal he inked after his monstrous 54-homer MVP season in '07 was looking more like an eventual albatross, as his injuries gradually up and forced him to miss time here and there, but I thought that as long as he was still productive at the plate, it would at least chip away at some of that sunk cost. (Besides, Hal and Hank could always afford it. They owned the freaking Yankees.)

Then, 2013 happened. It was a disaster in almost every sense of the word for the Yankees with the only saving grace coming in the fact that they maintained their long streak of over-.500 baseball and the second Wild Card allowed them to stay vaguely in the playoff race through mid-September. Everything else? Disaster. Big-name players hurt, too many days of the likes of Jayson Nix and Luis Cruz, an incredibly boring team to watch, and the only healthy star leaving via free agency (albeit on a contract that I wouldn't want the Yankees to sign). Above all else, there was the entire A-Rod saga with the Biogenesis clinic.

Although Major League Baseball's dedication to villainizing A-Rod through their own shady tactics certainly did not make them a likeable figure, it wasn't as though A-Rod was making himself out to be some noble victim, either. Sure, it was occasionally fun to see him strike back against the rampant criticism, like when he absolutely demolished that Ryan Dempster pitch in Fenway shortly after Dempster plunked him, but the negatives far outweighed the positives. There was all the snippy talk back and forth between A-Rod and the Yankees, A-Rod and MLB, his GIF-friendly lawyer Joe Tacopina and everyone... it was just exhausting. On top of all that, he was only healthy for about a month of the season anyway, and even when he recovered from his hip surgery and played in August, he was re-injured again in September, leading to shaky production. This was where I previously felt I could always defend A-Rod; he might have been a pain in the ass, but if he was still useful at the plate, then it was whatever. 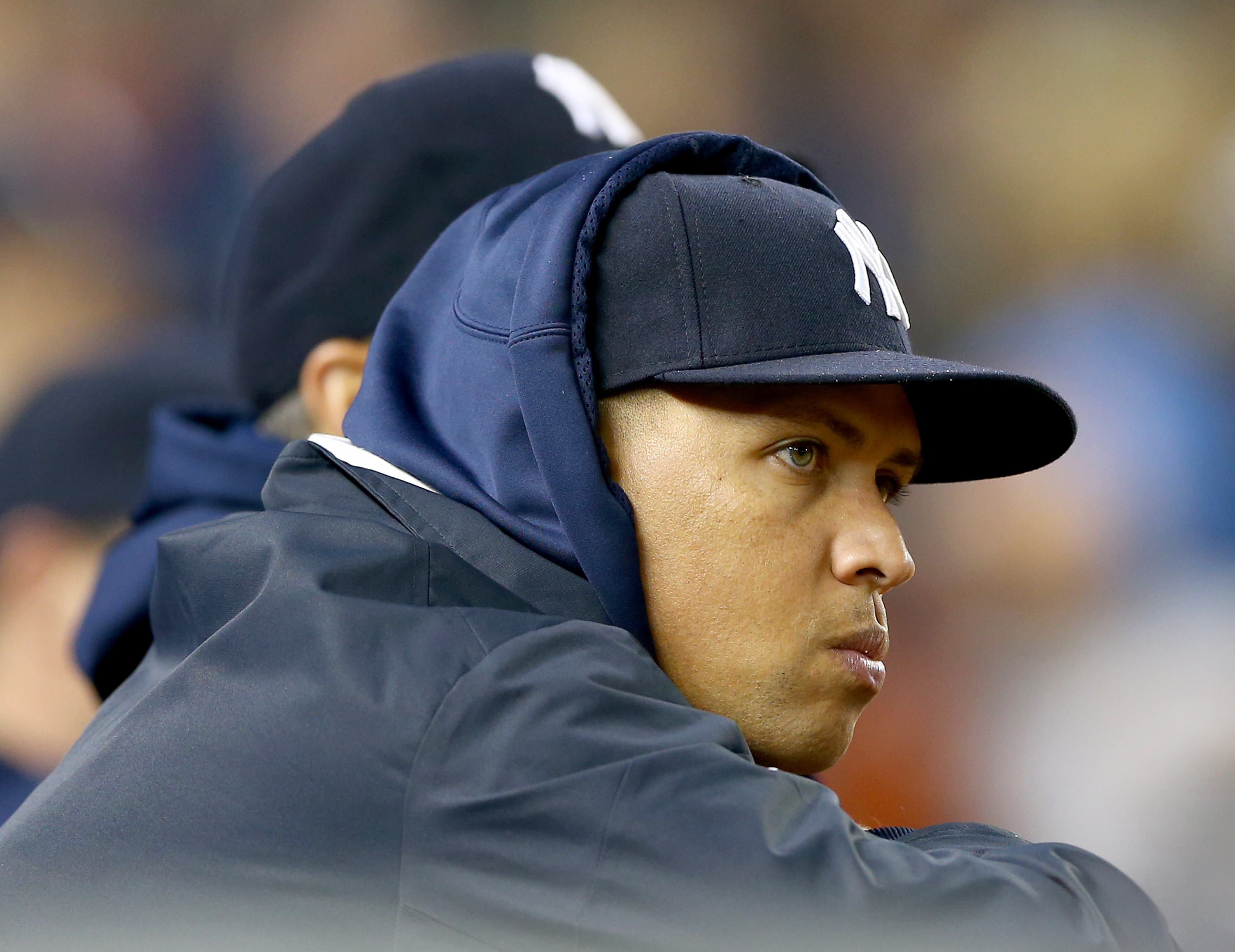 After a full season of suspension though, what are we left with? Not much, other than headlines and likely little production from a near-40-year-old who has barely played any baseball since 2012. His fielding was already in decline, so the Yankees just have to hope that he stays healthy as a DH or in some other reduced role while also hoping that he doesn't cause too much of a distraction off the field. It's probably a fool's hope, but that's what A-Rod is now. It's certainly not very enjoyable anymore for even the most devout of A-Rod defenders.

I'm sure that part of my apathy toward A-Rod can be attributed to having to write about his exploits off the field so much over the past three seasons. There are only so many times one could write about A-Rod and Biogenesis before losing serious interest in the player himself. Seeing annoying stories like the recent Daily News article about him possibly still angling for the third base job doesn't make it any easier. Think about that from an employer's perspective--if people on the outside are this exhausted with dealing with him, how do you think it makes them feel?

It's definitely easier to understand the argument of releasing him entirely. Sure, it would cost $61 million and there's a very slight possibility someone else might sign him for league minimum (which I doubt, considering the way the league blackballed a superior Bonds in 2008). However, the odds that he'll actually be useful at this point are slim, and while we can go on about how if the the $61 million is going to be invested anyway, they might as well try him, there comes a point when the possible benefits aren't worth the near-certain mental aggravation and roster spot to the Yankees.

As it stands though, it seems that the Yankees and A-Rod will remain in this awkward, somewhat-forced marriage since the Yankees' only hope of regaining anything from the $61 million comes from the possibility of insurance money should A-Rod get hurt. Will I hope that A-Rod is useful for the Yankees in 2015? Of course. I definitely don't anticipate it though, and I am baffled by the people who are optimistic about a near-40-year-old with twice surgically repaired hips who hasn't played much in two years. Like Brian Cashman, I have no expectations for him, and not in the fun way like how I keep expectations low for rookies.

Maybe one day, I'll look back on A-Rod's Yankees tenure with amusement. Right now though, I would happily read the news that he's gone from the team. I don't harbor any ill will toward him; I just can't get much enjoyment from him anymore.