2014 was a lost season for Ivan Nova. Hopefully he's able to return to form once he recovers from Tommy John surgery.

Things were looking up for Ivan Nova heading into the year. The 27-year-old was coming off of a breakout campaign in 2013, where he posted a very respectable 3.10 ERA across 139.1 innings around two triceps injuries and a brief demotion to triple-A Scranton. This was a significant improvement over his disappointing 2012 campaign, where he pitched to an ugly 5.02 ERA and 4.60 FIP. Nova's overall numbers were pretty solid in 2013, but he was nothing short of dominant in the time between his two triceps injuries, reeling off 11 starts of 2.28-ERA ball, while posting a 3.15 FIP.

Unfortunately, Nova's 2014 campaign was a complete disaster. Not only did his season come to an end in April following a torn elbow ligament and Tommy John surgery, but he pitched dreadfully in the four starts he did make. Nova never seemed quite right from the get-go. In addition to his putrid 6.91 FIP, his release point was about inches lower than it was at the end of 2013, which may or may not have had something to do with his poor performance and/or injury. In any event, Nova's injury marked the first blow of many to the Yankees starting rotation in 2014. 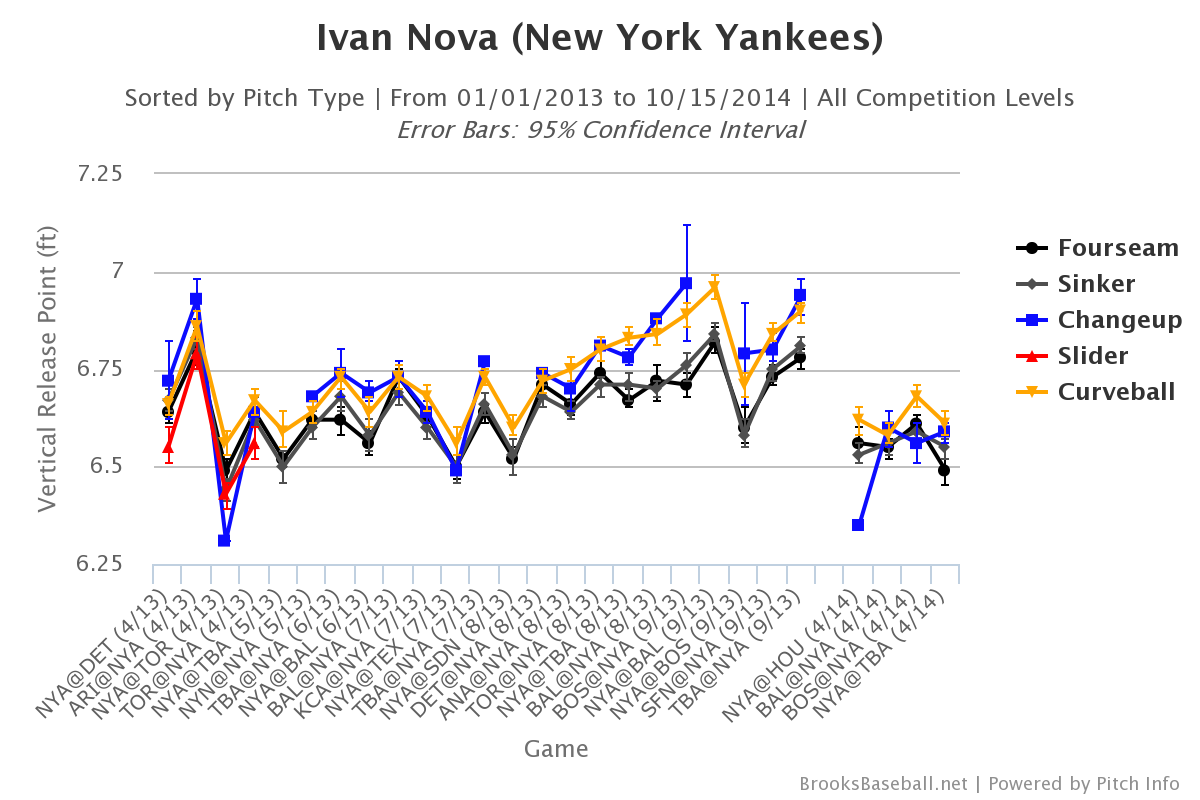 Recovering from Tommy John Surgery usually takes around 13 months, so it's unlikely that Nova will be healthy in time to break camp with the Yankees in 2015. Barring any setbacks, he should be ready to don the pinstripes again sometime in the first half of the season, but how he'll perform is anyone's guess. Not only will he be coming off of major surgery, but he also has a history of being unpredictable. His ERA from the last four years read like a heart monitor: 3.70, 5.02, 3.10, 8.27. Even so, there's reason to be hopeful about Nova's prospects in 2015. He was one of the best pitchers in baseball for a stretch in 2013 -- possibly the last time he was fully healthy -- and hopefully he's able to re-capture some of success once his elbow heals up.