A head-scratcher of a move to weaken the rotation may be the last of the trade season.

I am scratching my head.

Just before today’s 6pm Eastern trade deadline, the Yankees dealt Jordan Montgomery to St. Louis for Harrison Bader, a currently-injured center fielder who will be in a walking boot for at least another week. The Cardinals needed pitching, and they have a surplus of Gold Glove-winning fielders, so I guess I see the angle from their side. From the Yankees’ side, uh, I’m a little confused.

Let’s start with the good — Harrison Bader is one of the best defensive outfielders in the game today. He won the Gold Glove last year, has been in the 95th percentile for Outs Above Average every season but one in his career, he’s very fast, and he doesn’t strike out much.

The bad? Well, there’s the walking boot, a foot injury that sent him to the IL in late July. The really bad is that he doesn’t hit that well. In the shortened 2020 season, he managed a 114 wRC+, a product of not caring about strikeouts and hitting for power. If that were replicated over a 150-game season, that plus his defense would make him very valuable — not quite Aaron Judge level, but certainly a five-win center fielder.

Outside of 2020 though, Bader has struggled to be a consistent offensive threat, and boasts a mere 93 wRC+ this season, with a whole lot of blue on his Statcast page over the last two years: 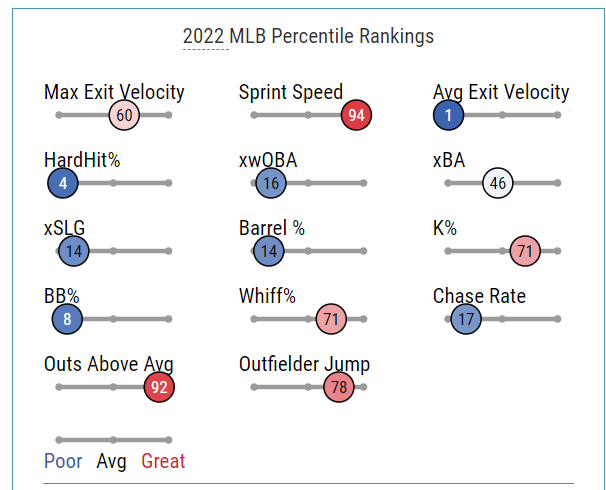 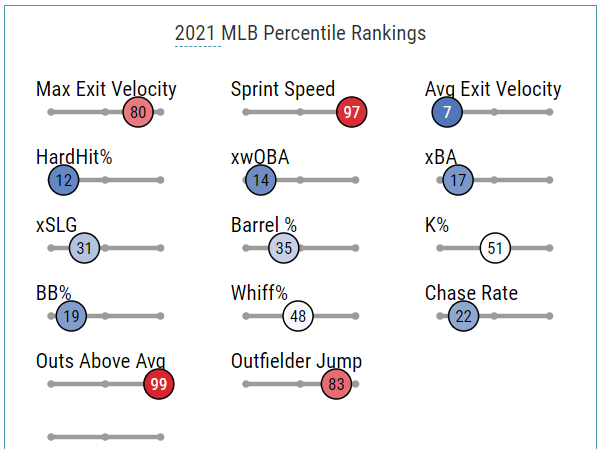 In a lot of ways, Bader looks like the slightly-more-offensively-capable version of Isiah Kiner-Falefa, who I already don’t like ... except that IKF did fill a preseason position of need at shortstop. The Yankees don’t really need an outfielder — Aaron Judge, Andrew Benintendi, Aaron Hicks, Matt Carpenter, and the currently-IL’d Giancarlo Stanton already are playing whack-a-start out there. Even if Carpenter has a suspect glove in the outfield, if the plan is to use Bader as a late-inning defensive replacement for Judge or Carpenter ... he’s hurt.

Trades need to simply be sent to the league offices by 6pm, so maybe there’s another shoe to drop here, where the Yankees acquire another starter to fill the hole left by Monty (Update: Nope!). If not ... I’m sure there is a plan for this move, I’m just not sure what the plan is unless it relates to the offseason and any future Hicks considerations.

Maybe the Yankees just have a lot of confidence in Clarke Schmidt, who is being stretched out in Triple-A and could eventually swap in for the underwhelming Domingo Germán. Maybe they’re extremely confident in Luis Severino’s health despite him not being able to return until mid-September. Regardless of rotation plans, it’ll be fun to watch Bader run down the ball in Yankee Stadium — if he recovers from the foot injury. Outside of that lone possibility, I’ll admit that I’m a little fuzzy on this deal.