Abreu profiles similarly to pre-Yankees Holmes — perhaps the fix is the same.

As much as the Yankees lineup has mashed, as dominant as the rotation has looked for stretches, what surprised me the most through the first half was the performance of the bullpen. Specifically, the way that the team seamlessly replaced the innings that would have gone to their three best relievers from a season prior — Aroldis Chapman, Jonathan Loáisiga, and Chad Green.

That trio accounted for over a third of the relief innings and over 61 percent of the team’s reliever fWAR and yet have provided precious little to the team’s historic start to the season. Green is out for the season to Tommy John surgery, Loáisiga has been out since May with a shoulder injury and was ineffective prior to his placement on the IL, and Chapman missed 41 days with Achilles inflammation, is pitching with significantly diminished velocity, and it’s anyone’s guess whether he’ll be able to throw a pitch in the strike zone on a given day.

Rather than lament their rotten luck, the Yankees handed those high leverage innings to Clay Holmes and Michael King, with trust that the two could handle those moments having been built up over months of development and refinement. The pair have only gone and become two of the three most valuable relievers in baseball through the first half.

The story isn’t just about that dominant duo, however. Plenty of other guys have stepped up into bigger roles and delivered. Wandy Peralta has been quietly excellent. Miguel Castro and Lucas Luetge have eaten up valuable innings to spell the higher leverage arms. Clarke Schmidt has taken a massive step in his development. And recently, Albert Abreu has really impressed in his second act with the Yankees.

Esteban wrote last month about tweaks Abreu could make to his arsenal to hit another level of effectiveness. His recommendation: embrace the art of the sinkerballer. Reading his piece made me think about the pitcher who throws the best sinker in the league, aka Clay Holmes. I saw parallels between his and Abreu’s pitcher profiles, so today, I’d like to use Esteban’s article as a launching off point in asking whether the Yankees can find similar success in transforming Abreu from a raw product with elite stuff into a polished reliever, perhaps even Clay Holmes 2.0.

As I alluded to before, the Pirates version of Holmes and Abreu prior to his second Yankees stint profile very similarly. Both have always possessed premium stuff — Abreu perhaps even more so than Holmes — but struggled to throw it for strikes, leading to elevated walk rates that put a cap on their effectiveness.

For Holmes, the fix was simple. Throw the sinker a lot more, throw it in the zone, and let the stuff do the work. Of course, it helps that he added almost four mph to the pitch, but the principle remains the same. 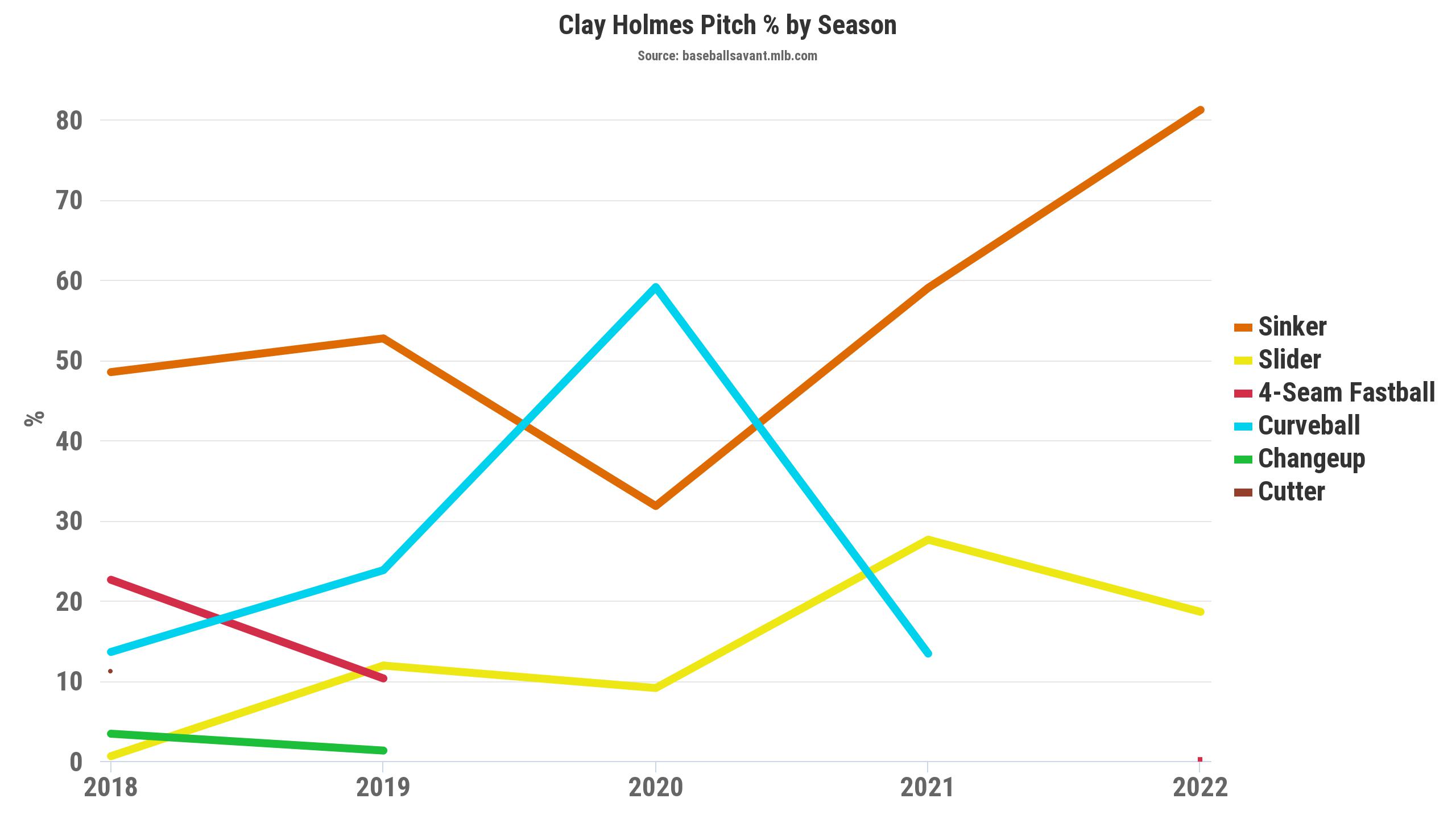 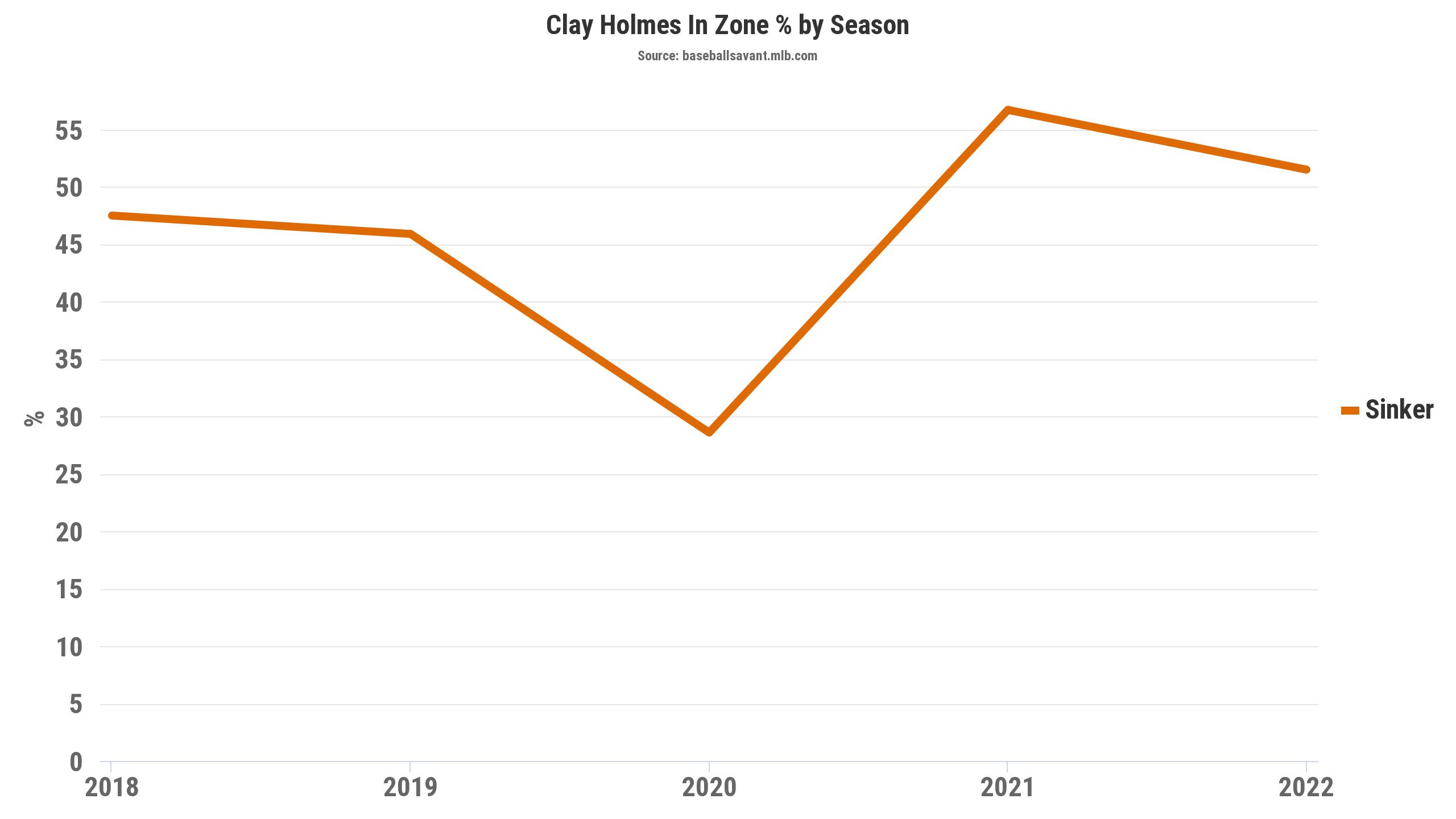 In addition to making the sinker his calling card, Holmes completely ditched his mediocre curveball and reshaped his slider to the whirly version a lot of his Yankees teammates were learning while retaining his old bullet spin slider to give hitters two different looks on the slider. Of course, the slider is really only there as a decoy, the sinker — thrown 81.2 percent of the time — is the story.

Abreu rejoined the Yankees on June 21st, and already we’re starting to see similarities to Holmes’ first weeks with the team last year. Abreu has replaced the four-seamer with his sinker — something Esteban presciently recommended last month — and already his fastball performance has ticked up.

Abreu, like Holmes, is throwing the sinker more than at any point in his career (47.8 percent) and is finding the strike zone with the pitch on a more consistent basis. 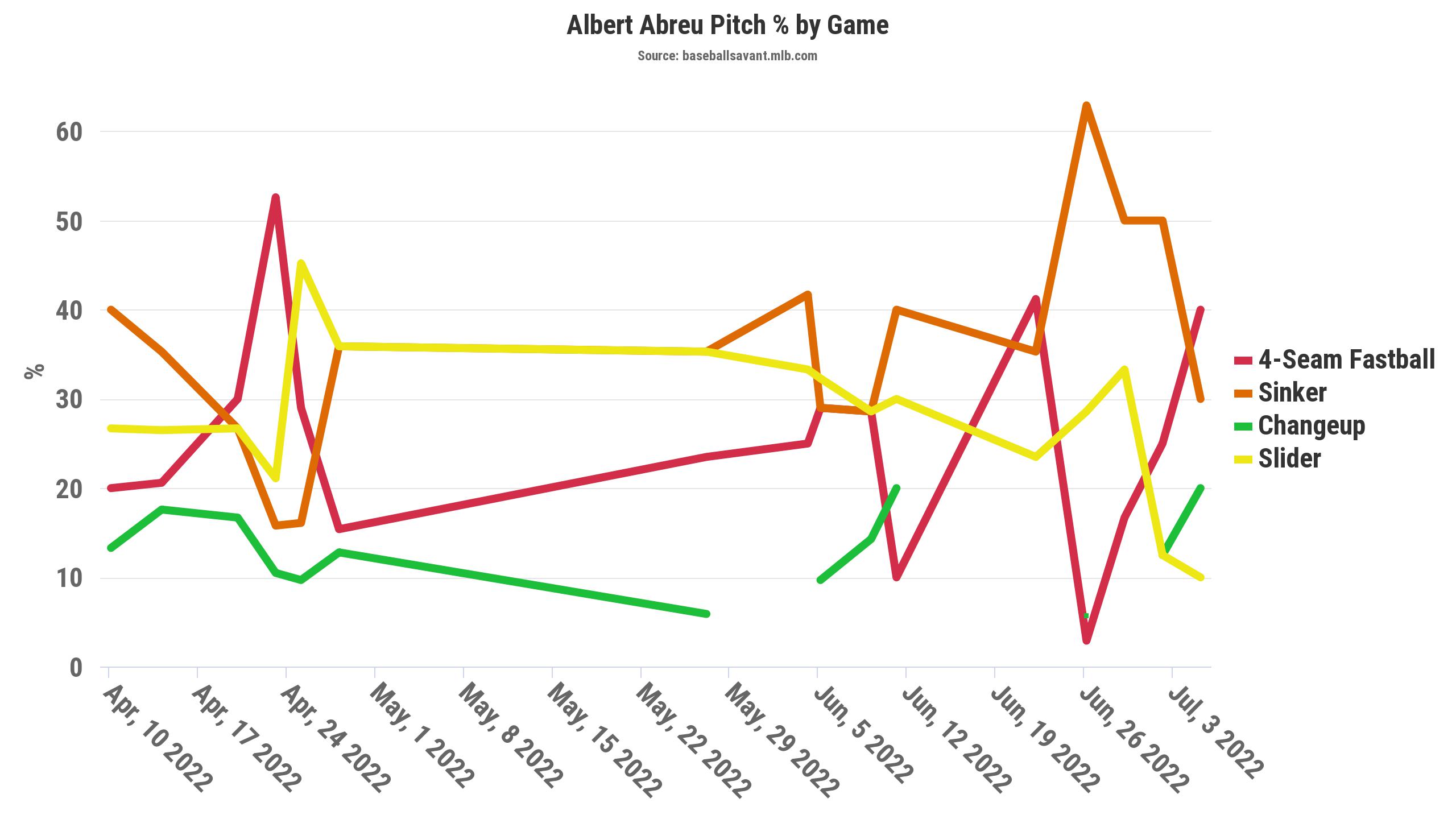 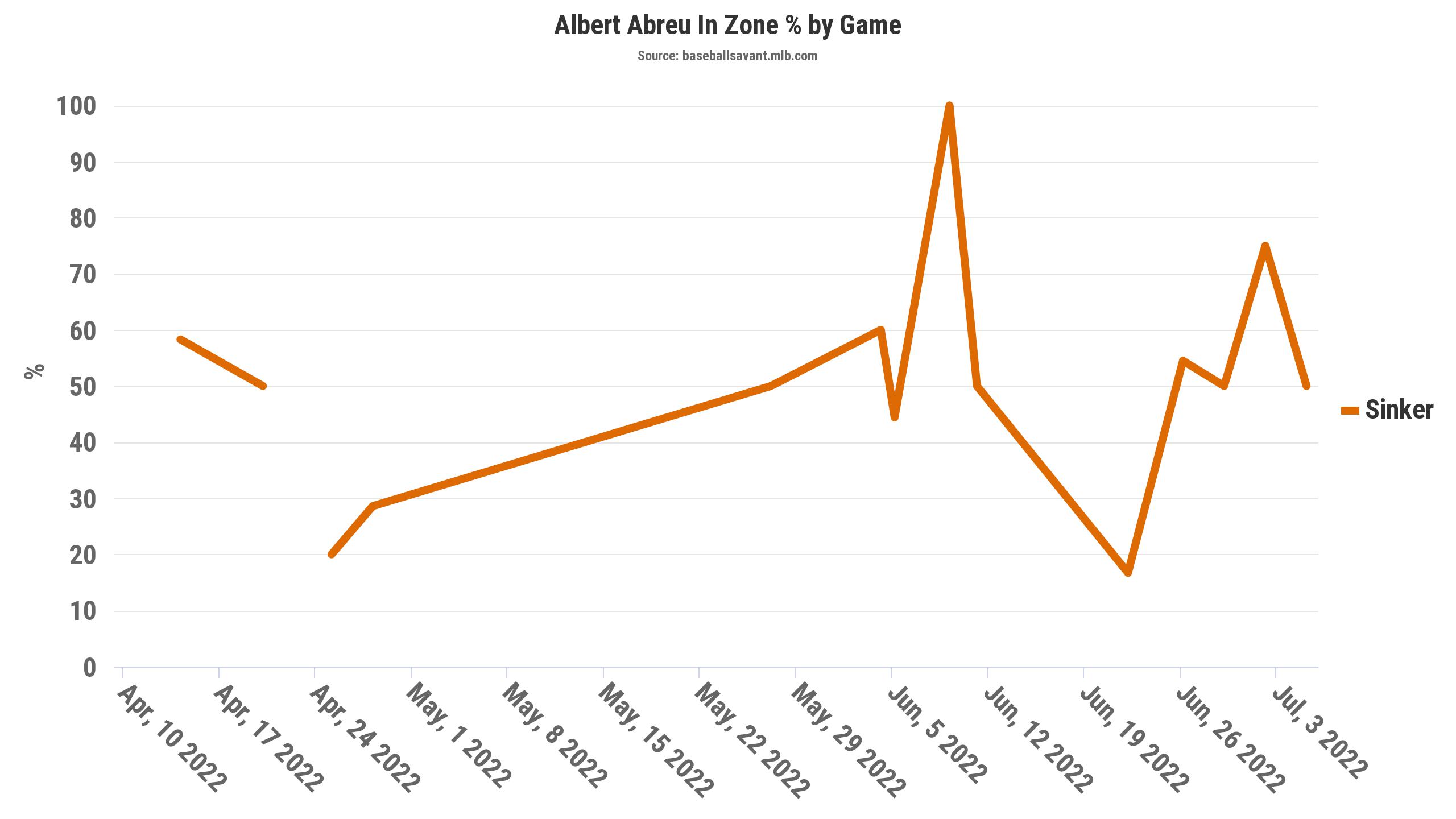 In his article, Esteban recommended upping the usage on the slider and changeup, and this is the one area where I would disagree. Given the overwhelming success Holmes has experienced throwing almost exclusively sinkers, I think a similar strategy should be deployed with Abreu. Given the career struggles with throwing strikes, I would focus solely on gaining a feel for throwing the sinker until he has unqualified trust in the pitch.

Like I said with Holmes, the pitch on its own is nasty enough — 98 mph with almost two feet of total movement — learn to trust throwing the pitch in the zone and let the stuff do the talking. Only after he’s mastered the pitch should he turn his attention to his secondary pitches. (Like Holmes in Pittsburgh, Abreu features a gyro-heavy slider with limited movement — perhaps he would consider taking up the whirly slider as well?)

I look at Albert Abreu and dream of a scenario where Matt Blake works similar magic as he did with Clay Holmes. Abreu is blessed with even more natural ability than his teammate, effortlessly touching triple digits with the heater. Building from that lofty starting point, well, the sky’s the limit.