Miguel Castro is starting to improve his control

The Yankee reliever is showing promise as the season progresses.

Share All sharing options for: Miguel Castro is starting to improve his control

When the Yankees acquired Miguel Castro from the New York Mets for Joely Rodriguez, I already thought the trade was a clear win. Objectively, Castro was, and still is, the better pitcher from a performance and stuff perspective. However, myself and the rest of Yankee fandom were hoping the trade would be a huge win, ala the Clay Holmes deal.

Off the rip it was clear Castro would be a project. His walk rate of 14.2 percent was in the bottom three percent of the entire league. Despite his nasty stuff from an extremely glitchy arm slot, he struggled to ever put together a single season with a low ERA or a serviceable walk rate.

This is the type of reliever Brian Cashman and the analytics department seem to be fond of nowadays. That alone gave us valid reason to dream of what could be with Castro. Imagine a pitcher with a side arm 99 mph sinker who fills up the strike zone. I don’t care what the underlying specs are, that’s a scary sight for opposing hitters.

I’ve been waiting to see the signs of the Yankee reliever’s adjustments. For a while, I was unsure if could see it. Personally, I like to start with the eye test and use statistics and pitch data to affirm what I see. In the last few weeks, it’s becoming more and more apparent that Castro has changed in some way. It still hasn’t resulted in him being a clear-cut problem out of the pen, but this type of progression will be a step-by-step thing. Let’s start with the walk rate, Castro’s biggest issue in his career.

Ooooh. The sample size is certainly not significant, but two straight months of walk rates near six percent is a big first step. That month and a half has been only about ten innings worth of pitching. For a reliever, though, that’s just enough to start considering whether this change could be permanent or not. To better understand if the shift is real, we should check out if Castro has seen a tangible change in attacking the strike zone.

Okay. There was a jump in May that has regressed a little bit in his 4.1 innings pitched in June. There is still time to rebound since we’re working with these small samples, but either way, his primary pitch, the slider, has still been in the zone 15 percent more than it was in April.

For simplicity’s sake, let’s say the April Castro was the Mets Castro, and anything since then is the Yankees Castro, since there’s been more time for him to make adjustments. I like the Yankees Castro a lot more. He throws a side-arm slider with nearly 11 inches of horizontal run in the zone around half the time. That’s very nice.

The interesting thing about Castro’s slider is it has always been his go-to put-away pitch. That’s nothing new. My question is: if he throws it in or around the zone more often, will it lead to fewer swings and misses? Even if it does, is the pitch/arsenal nasty enough to hold up regardless? The answer to that last question has seemingly been trending toward the affirmative.

Alright. Now enough with pitch data. The most important thing to measure when looking for a big overhaul in control is your mechanical adjustment(s).

The easiest thing to see is he has gone from a closed setup to a neutral one. This is a very simple adjustment that can help pitchers adjust their direction of rotation. For a side-armer like Castro, you don’t want to change too much. Making pitchers less unique is never what you want to do. An outlier thrower like Castro should try their very best to stay unique and only tweak where necessary. While his closed stance may have added deception, it also made his release points vary too much horizontally. When your pitches move as much as his do, you have to have little variation release point. 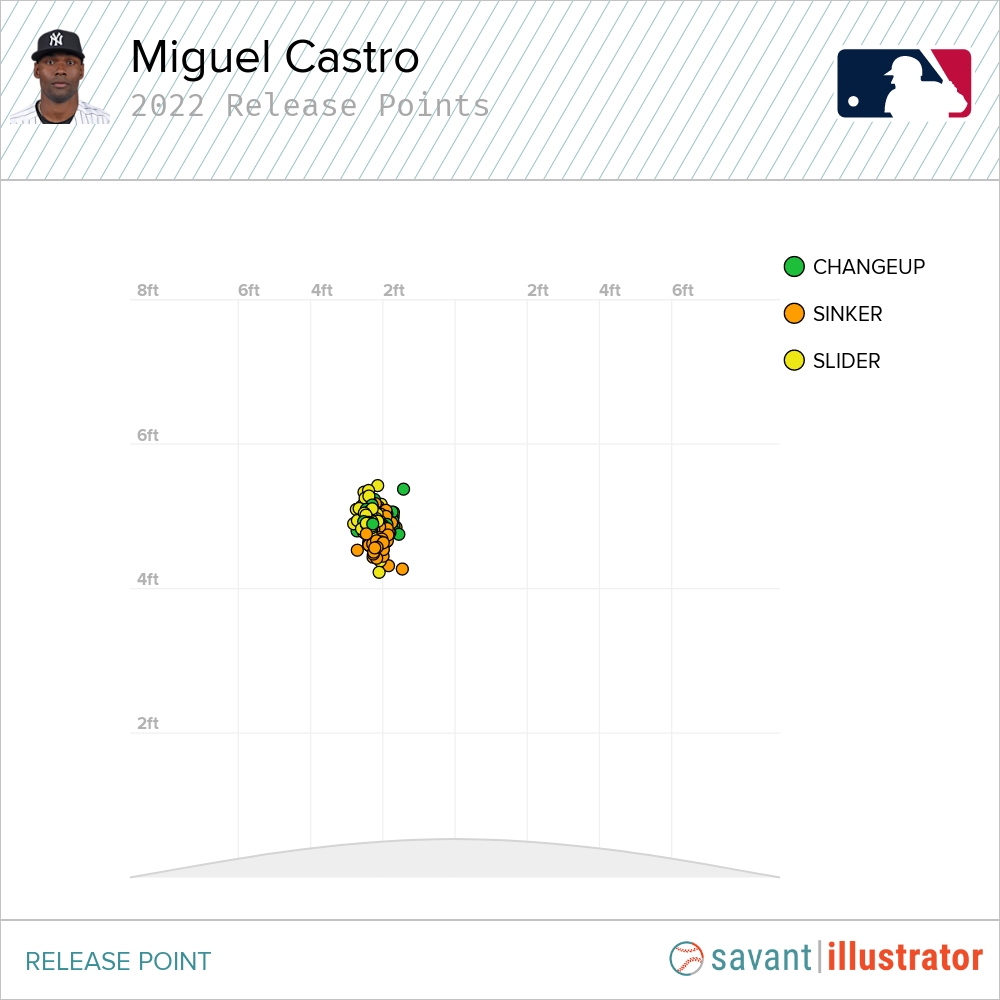 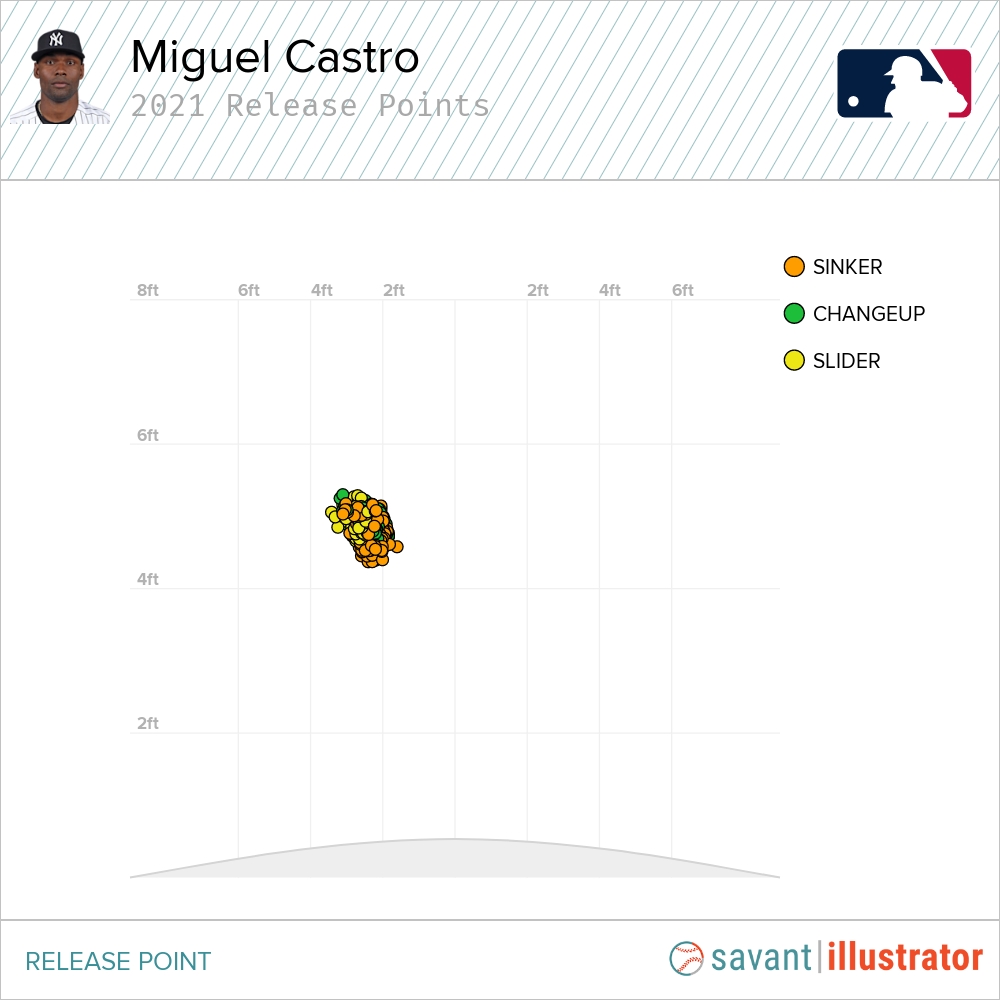 By cueing his internal rotation of hips from a more neutral center position, Castro moved his release points closer to the middle of home plate just enough to give his pitches more space to move and stay around the zone. 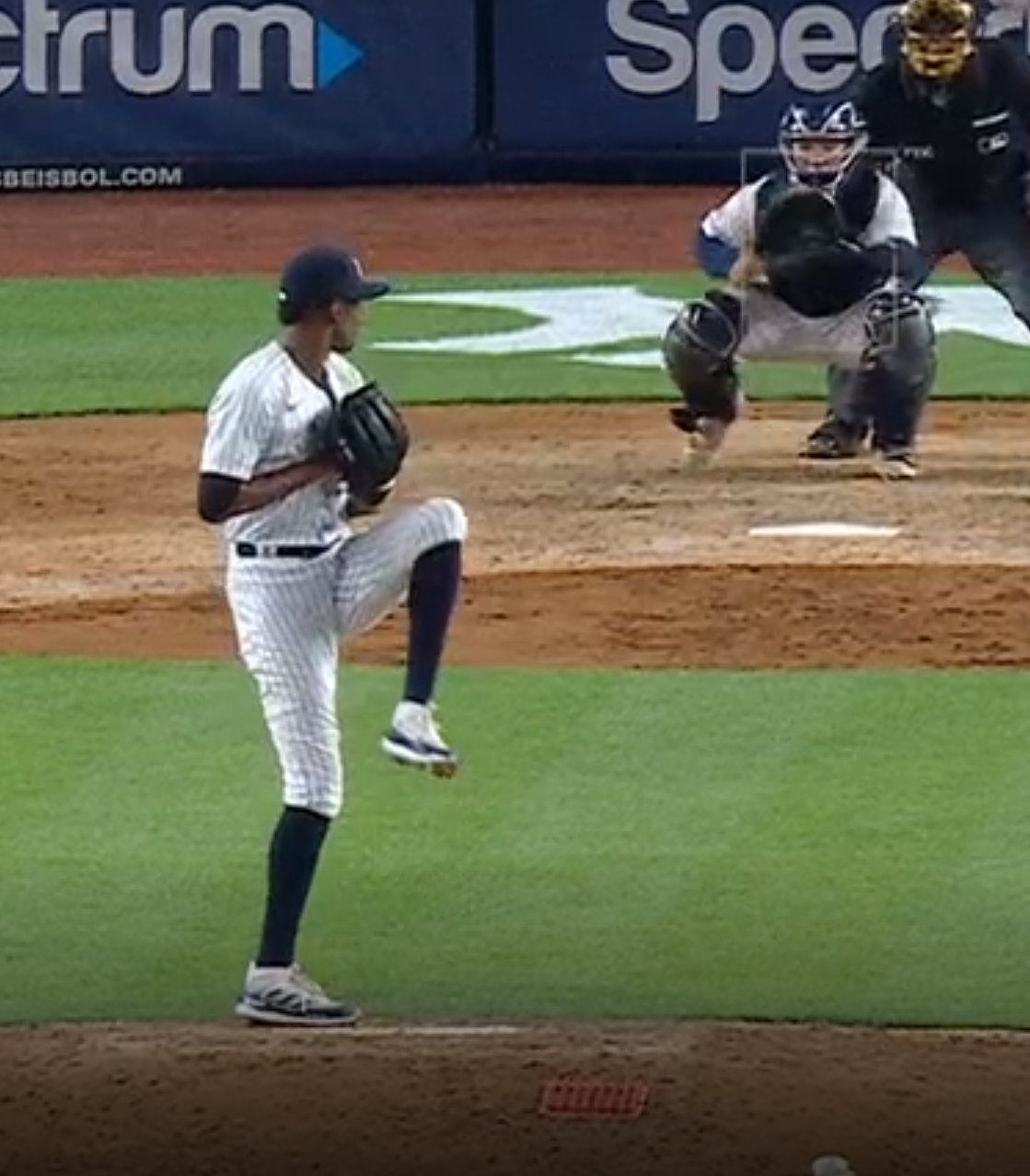 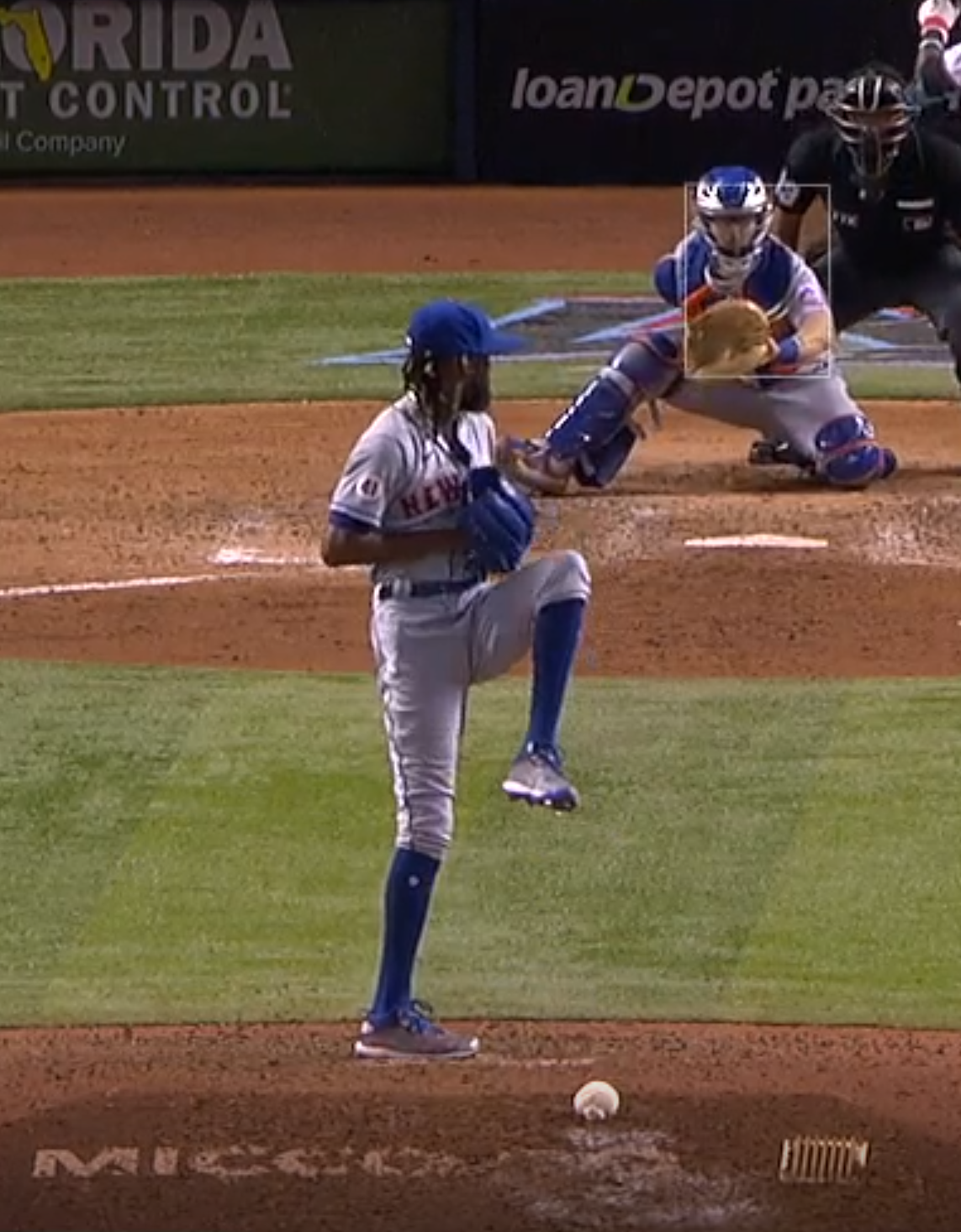 I’m not a big fan of using still shots in mechanical analysis, but the slider shows you that at peak leg lift, Castro’s shoulders are more aligned with home plate, rather than pointing towards a right-handed batter. It’s clear Matt Blake wanted to straighten out Castro. You do so by addressing the first thing that any pitcher does on the mound, and that is get in their stretch.

From that point on, there really isn’t much that Castro has changed. His position at hand break and foot strike are nearly identical. It’s like I just said earlier. You don’t want to fool around with what makes a player special. Castro already threw high 90s. He already had wicked movement. He already had a weird release point. He didn’t need a crazy overhaul. Rather, he needed to align himself in the direction that would give him the best chance to attack the strike zone with consistency.

This is a huge development for Castro. He hasn’t put together a stretch this long of keeping his walk rate below ten percent since 2017, when his K/9 was 5.2. He may be approaching the best version of himself, and that’s an exciting prospect. My expectations aren’t nearly as high as they were for Clay Holmes when he arrived in the Bronx. But I am hopeful Castro can be a reliable reliever who doesn’t put himself in sticky situations, and makes life hard for opposing batters.