Launching the ball to the pull side has always been Judge’s power unlock.

Share All sharing options for: Aaron Judge is back to consistently pulling the ball in the air

Aaron Judge is off to arguably the best start of his career at the plate. After about one month of play, he stood at a .293/.356/.652 slash line as play began on Sunday. That put him at third with a 197 wRC+ among all American League hitters with at least 100 plate appearances, right behind Mike Trout’s 219 and José Ramírez’s 200. Without question, he has been at another level this season. While we have seen him perform at this level for a full season, take 2017 for example, it looks a bit more different than it ever has.

Sam Chapman dove into the plate discipline aspect of Judge’s game just last week. No. 99 is aggressive this year, swinging more, making contact more, and most importantly, slugging more. Whatever decision that he and Dillon Lawson have come to has had immediate payoff. Another layer to that is where Aaron Judge is hitting the ball:

Excluding the small sample of 2020, Judge is pulling the ball at the highest rate of his career. It’s right in line with 2017. These are just a few percentage points though. It’s not a drastic change in pulling the ball more. The real change comes when you dive a bit deeper into what those pulled batted balls look like.

Okay, this is a little more helpful now. It gives us a reason as to why Judge would want to pull the ball more often. On the surface, when his swing and/or approach are more catered towards pulling the ball, he is in a better position to lift those batted balls in the air. Average launch angle isn’t always the most telling piece of information, but for Judge, it is certainly an indicator of whether he is going to be the 35-homer 50-homer type when you focus specifically on pulled batted balls. Yankees fans all know that he hits the ball hard enough to where we expect him to consistently be among the league leaders in home runs. It’s merely a matter of being in the right mindset and hunting the right pitches that he can elevate.

Here is another piece of information that adds to the puzzle:

It’s nice to see that he is pulling the ball more often and also pulling those balls in the air, but is the power of those swings up to par with Judge’s capabilities? The answer is overwhelmingly affirmative. This is the number of barrels to the pull side divided by Judge’s total batted ball events. What do we see again? Judge has rebounded this back his 2017 level where we saw his MVP type season. But like Sam pointed out, this year is just a little bit different than the past. 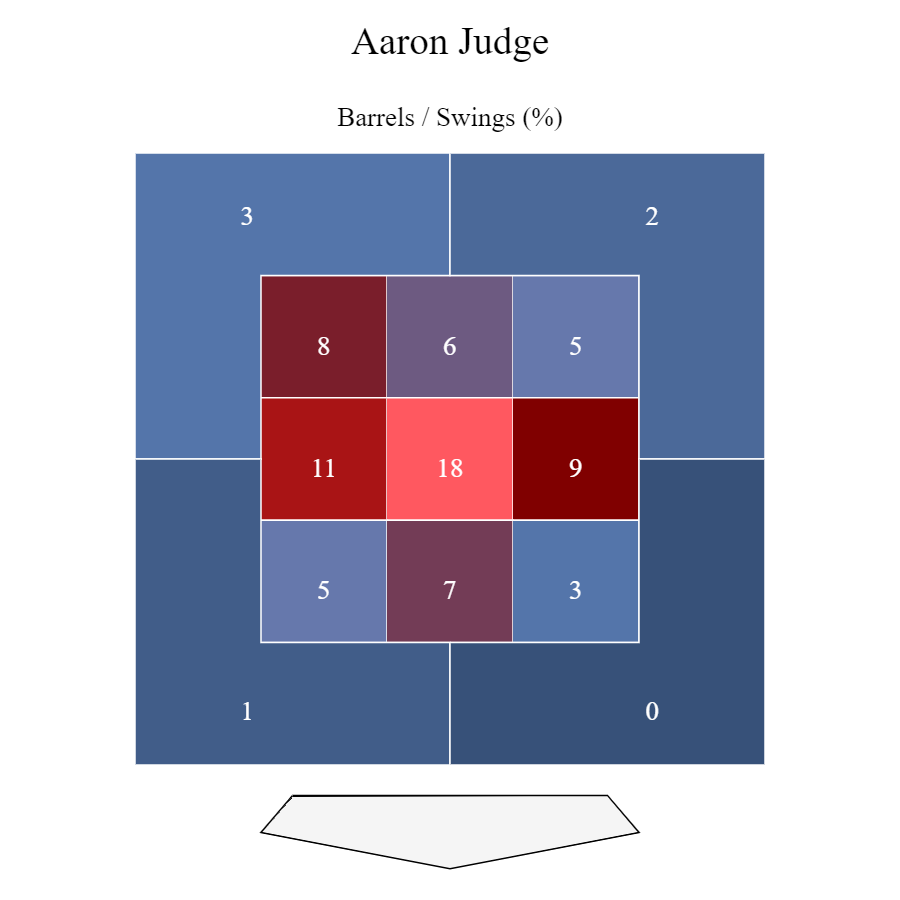 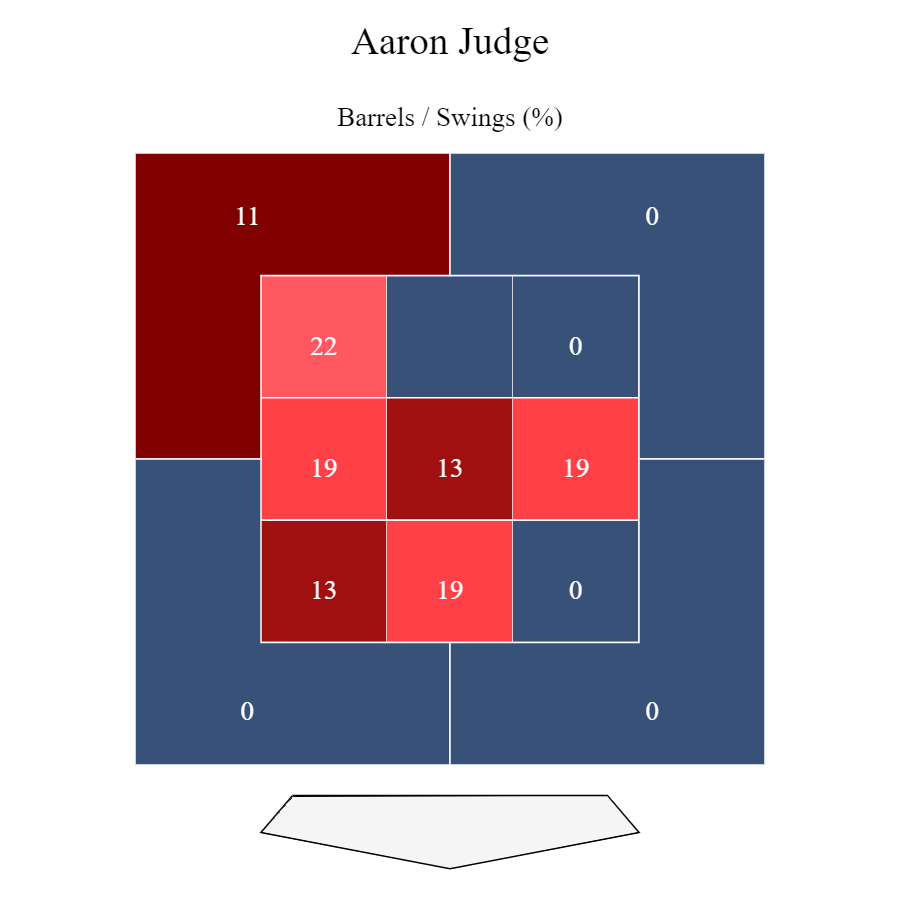 Judge is owning the inside part of the plate this year. As great as he was in 2021, he has managed to unlock the rest of his potential power and it seems like it is due to his willingness to better punish balls on the inner part of the plate. From 2021 to 2022, he has shot up his barrel rate on inside pitches. There could be a few reasons explaining how he is reaching this result.

The first possibility is that Judge simply wants to be more aggressive in general. When in this swing-first mindset, it’s possible that he is in better position to make contact further out in front of the plate. The next reason is a bit more granular. He could be aware that he has the most success when pulling the ball in the air, so he is specifically hunting that zone more often because his swing is best catered towards pulling in those zones. Lastly, he could have made a swing adjustment to better launch those pitches. None of these are absolutes though. It’s likely that Judge’s approach is some combination of all these things. Whatever the process is has resulted in him returning to 2017 power form.

At times, Judge has gone on weeks-long stretches without lifting the ball to the pull side. In 2019, when I had access to the full Statcast database, I was shocked to see how deep that Judge was making contact on batted balls relative to his previous two seasons, especially 2017. His numbers took that season when he began to consistently pull the ball in the air.

The point is that this isn’t something new for Judge. it’s always been lurking whenever his power numbers drop off. It is great to see him reaching that form early in 2022. He now has a basis to refer back to if he hits a power slump. If he can keep his swing and approach where it is for the rest of the year, the Yankees have themselves a top-five player in baseball once again.