Tonight’s starter has already shut down the Yankees and been lit up by the Yankees in this young season.

Thanks to a quirk in the schedule, the New York Yankees and Baltimore Orioles see each other 14 times over the first 44 games of the season. Not surprisingly, because of this, the Yankees will be seeing tonight’s starter, Jordan Lyles, for the third time this season.

The first two starts were about as different as they could be. Back on April 15th, Lyles worked around six hits and two walks to limit the Yankees to just one run in 5.1 innings; 11 days later, the Yankees tattooed him for six runs on seven hits in 4.2 innings, courtesy of a trio of home runs.

Obviously, that week-and-a-half saw a lot of change for the Yankees. The first time they encountered Lyles, they were struggling to get things going, on their way to a 5-5 start after dropping two of three to the Orioles. The second time around, they were beginning to go on a tear, having won three straight games and five of their previous six. Even so, this is a big swing in performance in a very short stretch of time — a perfect opportunity to see what went differently in each of these two starts.

Let’s start by taking a look at Lyles’ Statcast data from the two games; the first image is from the 15th, the second from the 26th:

The first thing that immediately pops out to me is that pitch mix. On the 15th, Lyles leaned on his breaking ball, throwing just 12 fastballs all night. In his next outing against the Yanks, his fastball took the lead, although he still did mix in a healthy amount of breaking balls.

How did this play out exactly during the games? For starters, when he shut down the Yankees, he threw exactly one first-pitch fastball all game: the first pitch of the night, to leadoff hitter Anthony Rizzo. The next time around, nine of the 23 batters he faced saw a first-pitch fastball. 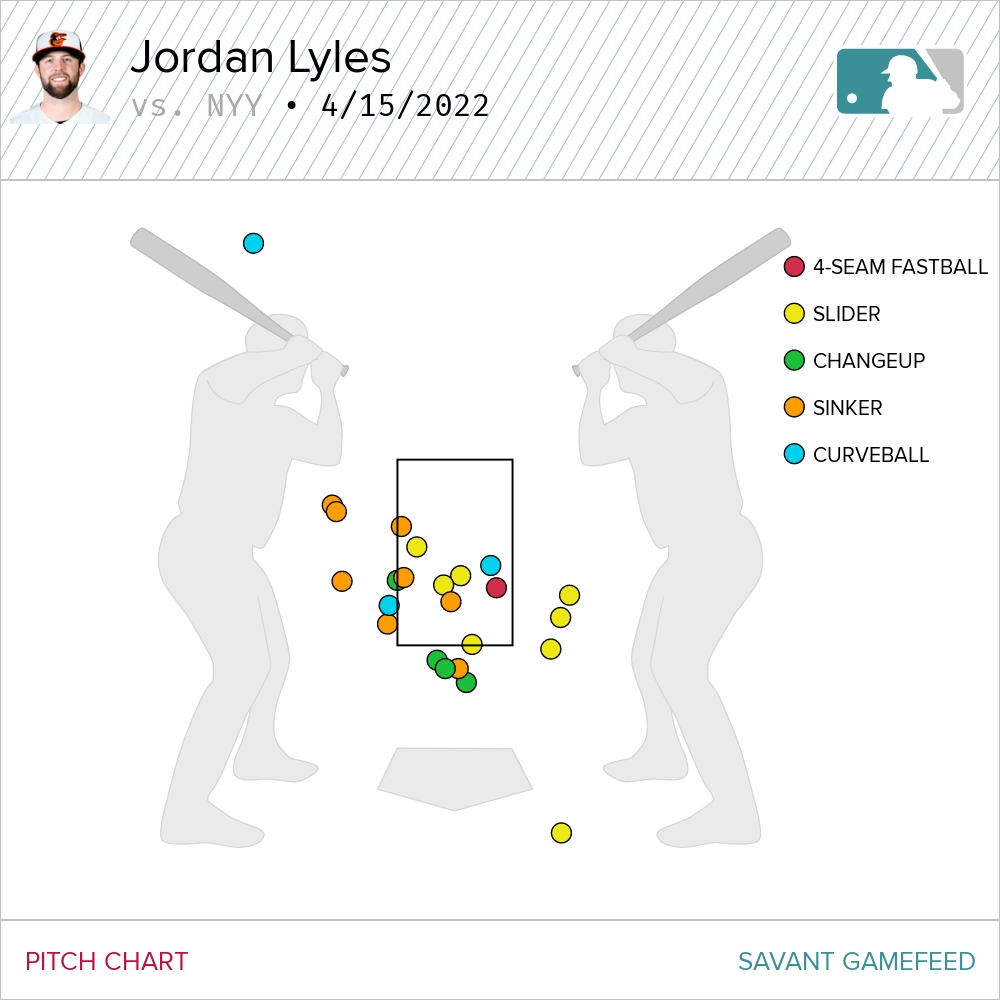 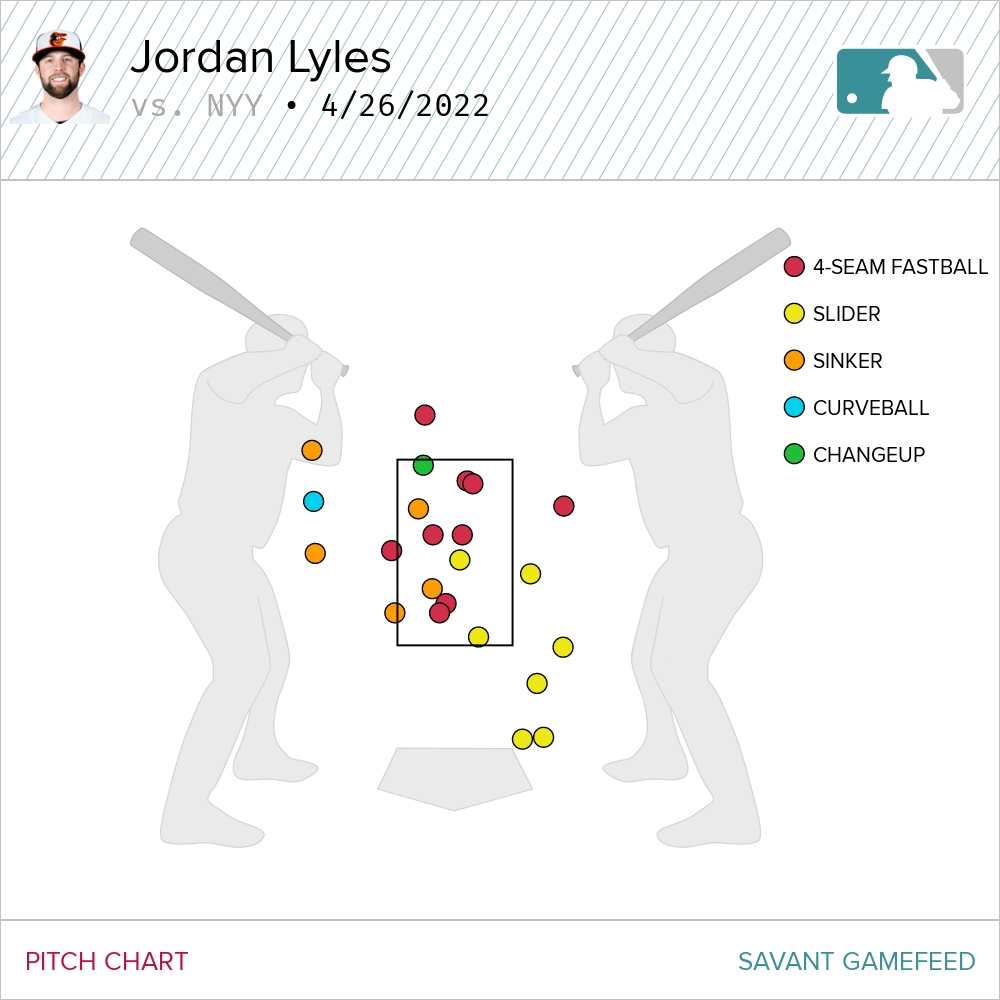 Clearly, this was a change in approach, one that is a definitive anomaly based on his trends so far this season:

Unfortunately, the pitch mix alone does not tell us how the Yankees were able to hit Lyles much better the second time they saw him, because the Yankees didn’t tee off against the fastball. Rather, it was one fastball and a pair of changeups on the 26th that was the difference in the two games.

Now, why did I highlight these three pitches? That fastball up and in was Rizzo’s first home run of his three-homer night. The changeup down in the middle of the zone? Joey Gallo’s big home run the other way. And that changeup up on the outside part of the plate? Rizzo’s second homer of the evening.

Obviously, this doesn’t tell the whole story of the game. Despite accruing six hits, the Yankees only managed two hard-hit balls against Lyles on the 15th, while on the 26th, they had nine hard-hit balls and only seven hits. The latter, clearly, is the better recipe for success, and it shows in the team scoring only one run in the first game and 12 runs in the second. But therein does lie the difference. On the 15th, the changeup and the fastball were weapons for Lyles, combining for five whiffs and three strikeouts despite accounting for just 26 pitches all night. The changeup in particular was devastating, and it has been his best pitch all season (.200 BA, .200 SLG on the season to date). The next time they saw him, the Yankees were ready for it, taking five for a ball and just one for a called strike, knocking two over the wall, and fouling off six of the remaining eight.

As the Yankees head into the box to face Lyles tonight, they ought to be on the lookout for the changeup once again. If they can neutralize this weapon, they should be able to force him to turn to his other pitches, and hopefully take advantage to put up runs in bunches once more.