No. 99 leads the league in missed called strikes below the zone. Sound familiar?

Share All sharing options for: Aaron Judge is still getting cheated by umps more than any other player

For years, Aaron Judge has battled with a strike zone which is not suited for a human of his size. One would think that umpires would be conscious of this fact when he steps up to the plate, but there have been little-to-no adjustments made since Judge entered the league in 2016.

Extraordinarily tall people simply interact with the Earth differently than your average Joe. Put it this way: their joints and other extremities are further from the ground than they are for most humans. This is a simple enough concept, I think? Yet, Judge is constantly given the strike zone of an average MLB player.

It may feel like this shouldn’t be a huge issue. Judge is more than aware of this zone. He’s been dealing it with for six years now. However, a player of Judge’s caliber is where he is for a reason. He has incredible feel for the strike zone and trusts himself. That means he won’t expand if he feels that the pitch isn’t in the zone, regardless of how many times he gets cheated. Either way, it’s extremely difficult to do damage on pitches out of the zone, making it a potentially bad habit to develop. 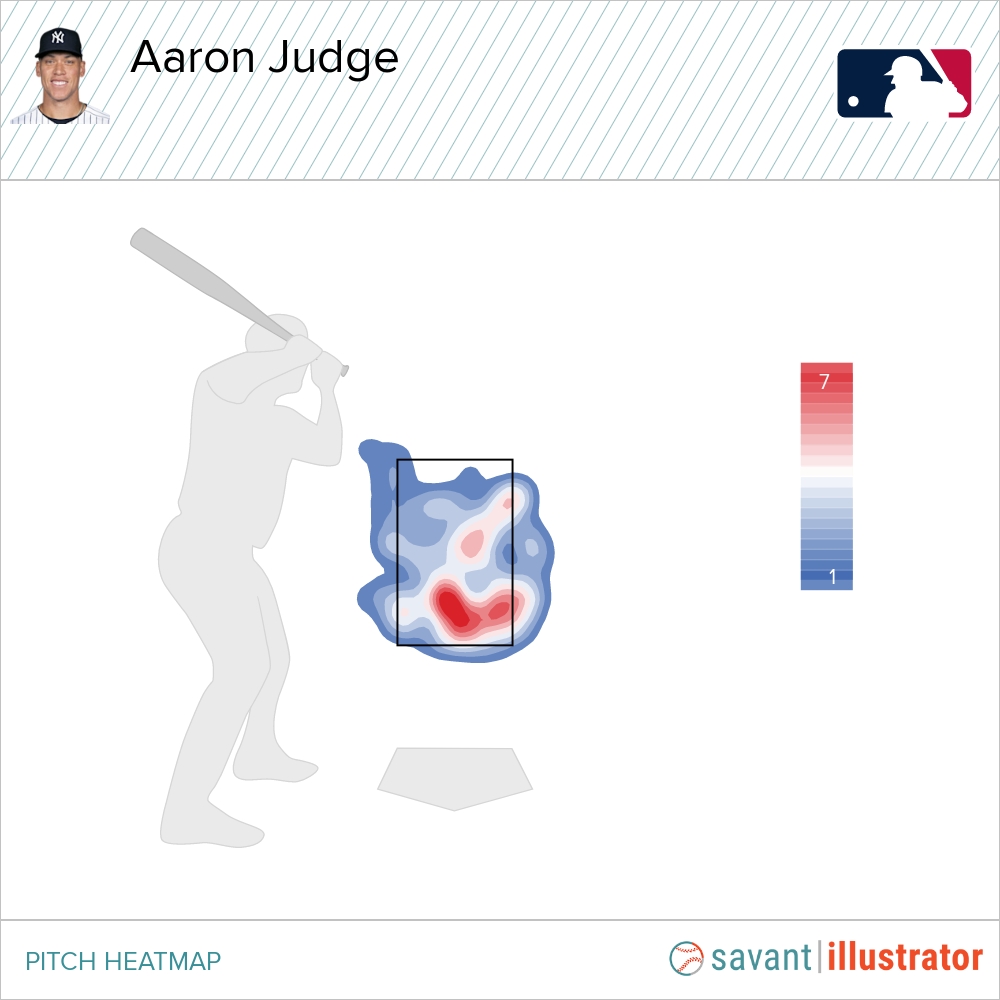 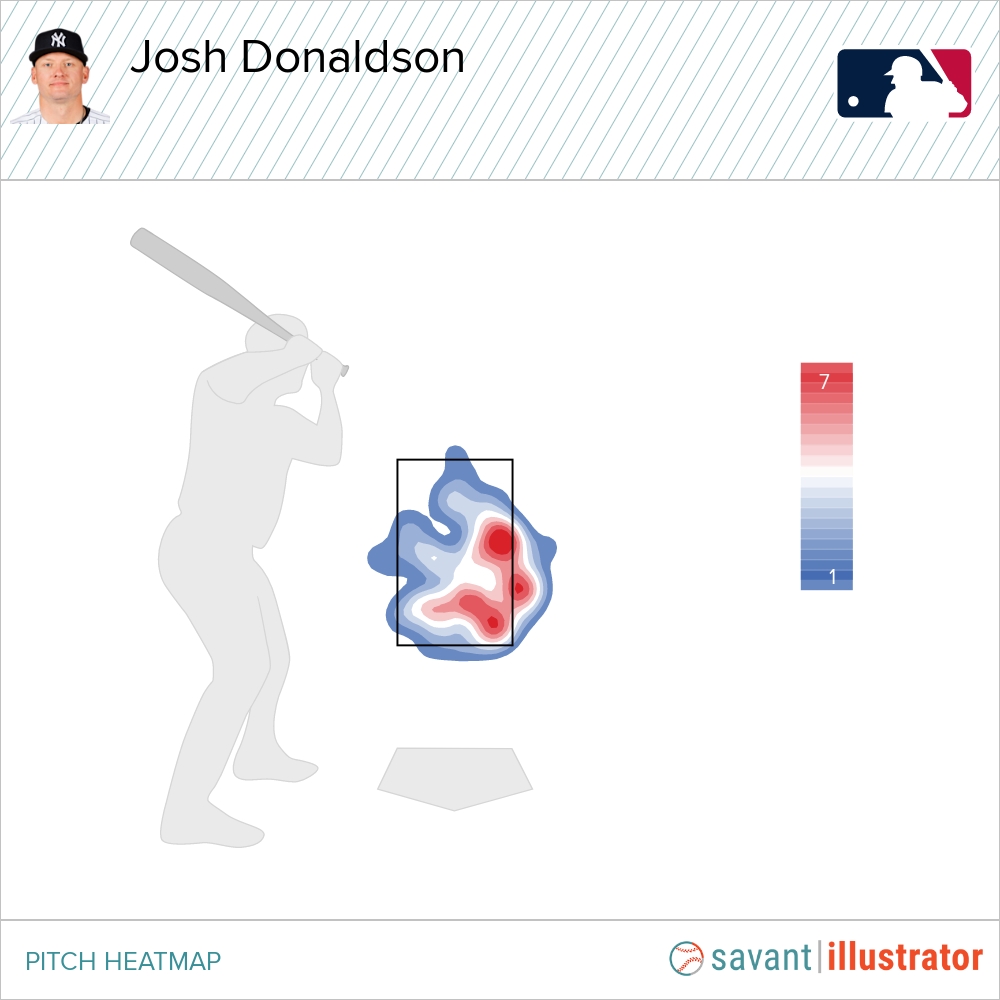 I put this graphic here just to offer up an idea of the slight differences in called strikes from Judge to a more average-sized player in Josh Donaldson. Judge’s heatmap goes just a bit lower than that of Donaldson’s. This year, it’s been a very noticeable issue, and the heatmaps back that up.

It shouldn’t be a surprise that in 2022 alone, Judge has had more missed called strikes below the zone than any other player. The next behind him is Vladimir Guerrero Jr. with 14. That is a bit confusing, given Vladdy’s height, but I imagine as the season goes on, Judge will far surpass Vladdy and the rest of players near him. I say that with so much confidence because Judge is destroying the rest of the league since 2020 when it comes to these missed called strikes below the zone.

Judge has 129 such calls and the next player is Manny Machado with 96. That’s 33 more than the next one — enough at-bats to seriously impact a handful of Yankees games. If you go back even further to when Judge broke out in 2017, you’ll find 374 total, which is 92 more than the next player, Paul Goldschmidt. Needless to say, this can be a huge at-bat killer, inning killer, etc. That raises an important question: Are these missed calls negatively impacting Judge’s outcomes? And if so, how much?

Entering play on Tuesday, Judge has had 19 missed called strikes under the zone coming across 17 different at-bats in 2022. Take a second to guess what he might be hitting in those at-bats. You get a strike added to the count which should have been a ball. It sounds like something that would hurt, but if not on two strikes, it shouldn’t necessarily kill you. Well, it has definitely killed Judge. In these at-bats, he has overcome the umpire four times with two singles and two walks, albeit without a single extra-base hit for the slugger.

You can even make a reel of some of the bad called strikes so far, which have been particularly galling lately (as the latter few Rangers clips can attest).

It’s impossible to not get frustrated in these situations. You may say that Judge should be prepared for this! To that I say, no player should be prepared to be consistently cheated by different umpire for their entire career. Mentally, it must be extremely difficult to put up with this. I’m not saying that is exactly what’s happening for Judge, but it can’t be ruled out. It’s been egregious to start the year. How can you not get frustrated, especially when a certain portion of the fanbase and media dogs him for his strikeout rate anyway?

It could also be that Judge simply just didn’t take his best swings in these appearances and again, I wouldn’t blame him since most times, they’re adding strikes to the count and he has to be more protective. Whatever way you put it, Judge is facing an obstacle no other player does. Umpires need to make adjustments and give this giant human the proper strike zone.