Jordan Montgomery has made a few tweaks to his mechanics

These changes might help improve the big lefty’s pitch mix.

Share All sharing options for: Jordan Montgomery has made a few tweaks to his mechanics

Jordan Montgomery has been a reliable pitcher for the Yankees in recent years. He is no ace, that’s for sure, but he is constantly tinkering with his mechanics and pitch mix to try and get more out himself. Back in 2020, I wrote this piece about Montgomery and some mechanical adjustments he made post-Tommy John surgery. It’s clear he was working on fixing his posture to maximize what his body could do in terms of creating velocity. Those adjustments lasted and so did the velocity bump when you compare pre-TJ with post-TJ.

It’s a new year, and with that comes new minor tweaks for Montgomery. It’s probably too early to tell where his pitch mix will settle in for sure, but he is definitely throwing more sinkers. The cutter that he would flash every now and then in 2020 and 2021 is gone with no replacement, so naturally he will have to choose which pitches he will increase in the mix. Since his changeup has the best specs in his arsenal, it makes sense to compliment it more with his sinker. All interesting stuff, but that’s not the focus this time around.

For this piece, I want you to focus on Monty’s hand position and change in athleticism at peak leg lift. Let’s start with a clip from 2021:

This is the Monty we are all familiar with. A low preset, not much of a drift or aggressive forward move down the mound, and in a good spot to field his position. Now, here is a clip from his first start against the Red Sox:

The two main things to pay attention to are the higher hand preset and the better stacking of his upper body over his pelvis at peak leg lift. Typically stacking like he has here in 2022 would result in an improved setup to drift down the mound while holding his energy in his core before rotating out of it. That could lead to a velocity bump, or just more efficient mechanics in general while creating the same amount of velocity. In other words, he could be producing the same velocity with less effort. 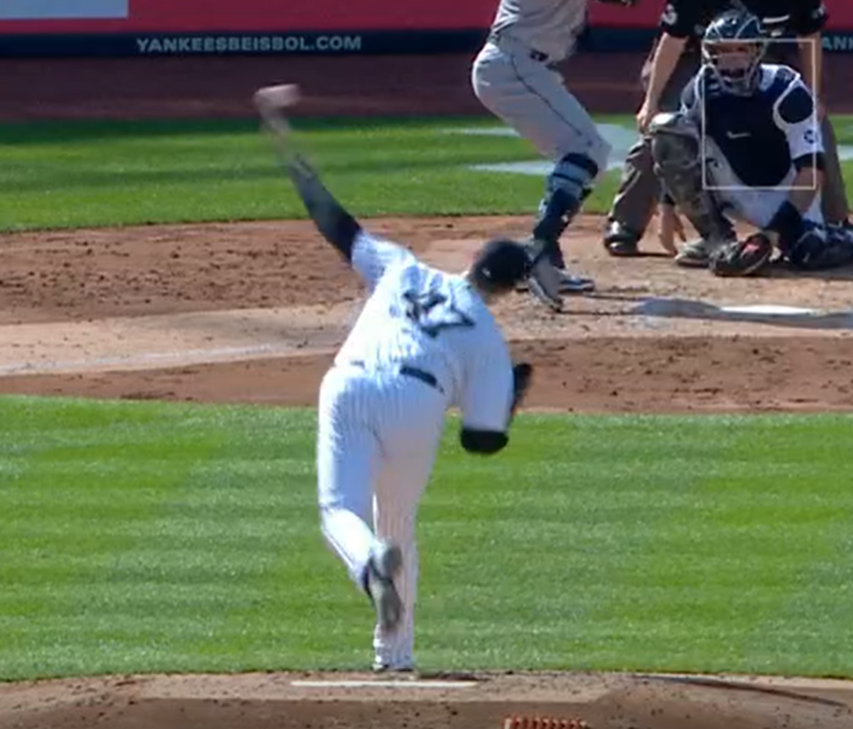 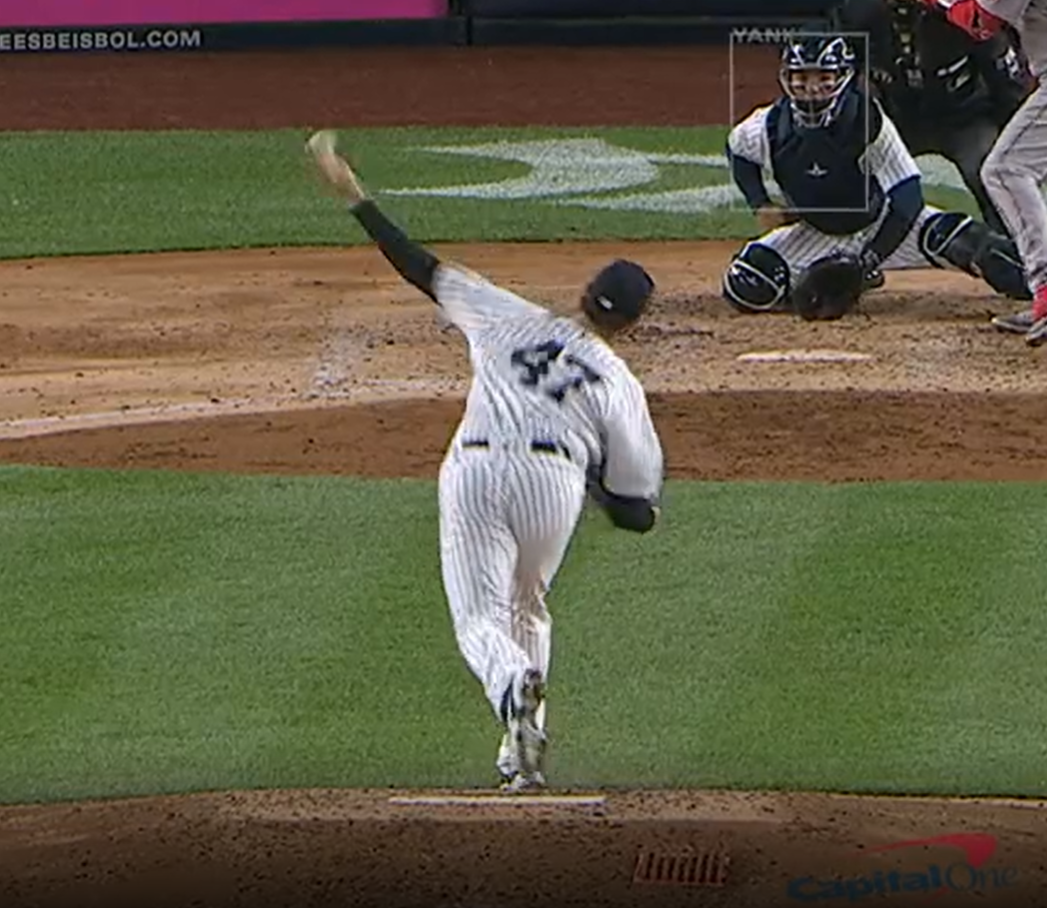 Because of Monty’s change in hand preset and stacking at peak leg lift, I think he may have also improved his alignment with his release point and shoulder plane. The most efficient throwers will have these two points on the same plane when they release the ball. It’s an ideal movement that you see across the hardest throwers in the game. The more parallel to the ground your shoulders are at this point, the lower you would expect your release point to be. Think Luis Castillo versus Blake Snell — both have different shoulder planes at release, and both have the ideal release point to match their specific shoulder plane.

I have seen Monty go back and forth over the years with favoring too far over his lead leg at release, leading to iffy posture and an inefficient release point relative to his shoulder plane. Pitchers who fall down the mound, rather than drifting their core till rotation, can tend to do exactly this. Whether Monty is exactly thinking this doesn’t matter as much as he knows what he needs to feel at release to ensure the movements leading up to that are putting him in a good position.

The added attention to his hand position is a very interesting addition to his mechanics. His past of falling down the mound is now met with a better counterbalance by holding his hands higher as he lifts his legs. I wanted to be sure he would continue doing this before getting too excited and luckily, he did in his following start against the Orioles.

Some of us at PSA stalk the Savant game feeds to try and pick up on any exciting tidbits from pitchers. Monty’s first two starts have flashed some pitches with incredible horizontal movement, especially the sinker. The adjustments he has made could be a key contributor to that. With an ever so slightly lower release point, his hand can be in a more natural position to get added run. We need more time to know for sure, but these slight tweaks may play well in Monty’s favor as the season progresses. Keep your eyes out for it.