Though not a true number two, Houser’s high groundball rates would play well in Yankee Stadium

As a distraction from the dark cloud of despair hanging over MLB, I thought we might bring back our old friend the player target series. Whenever baseball returns, the Yankees will have their hands full addressing their litany of roster issues. Shortstop is line item number one, however center field, starting pitching, and first base could all use an upgrade.

Today, I’d like to rehash the Yankees’ options to bulk up the rotation. Their inactivity in the free agent market prior to the lockout meant they missed out on impact names like Robbie Ray, Kevin Gausman, and Marcus Stroman. In addition, their reluctance to trade top prospects makes a swap for a true number two likely impossible. Thus, they’re relegated to picking among arms for the back end of the rotation, and one of the most intriguing targets for that role is Milwaukee’s Adrian Houser.

With the Brewers’ trio of Corbin Burnes, Brandon Woodruff, and Freddy Peralta absorbing all the attention, Houser quietly made himself into one of the more effective starting pitchers in 2021. His 3.22 ERA as a starter placed him in the top-25 of all starters with at least 130 innings pitched. Zooming out, he’s also induced the third-highest groundball rate (56.1 percent) of any starter with at least 250 innings pitched across the last three seasons, behind only Dallas Keuchel and Luis Castillo.

Like many groundball pitchers, Houser thrives on generating weak contact, sitting in the 89th percentile in barrel rate and 83rd percentile in average exit velocity in 2021. He struggled with walks in 2021, but we’ve seen the success Matt Blake has had in helping the Yankees’ new pitching recruits find the strike zone on a more consistent basis, with Clay Holmes being the foremost example.

Houser throws a mid-90s sinker about half the time, with a curveball, four-seamer, changeup, and slider making up the rest of his repertoire. The fastball and curveball intrigue me the most. Ben Clemens of FanGraphs recently investigated the pitchers who throw both sinkers and four-seamers, and given Houser’s ability to locate sinkers down and four-seamers up, he might benefit from tweaking their usage rates against groundball versus flyball hitters. 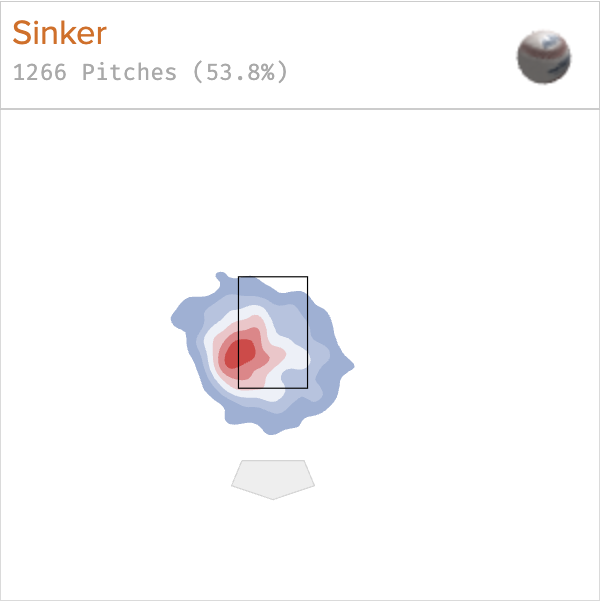 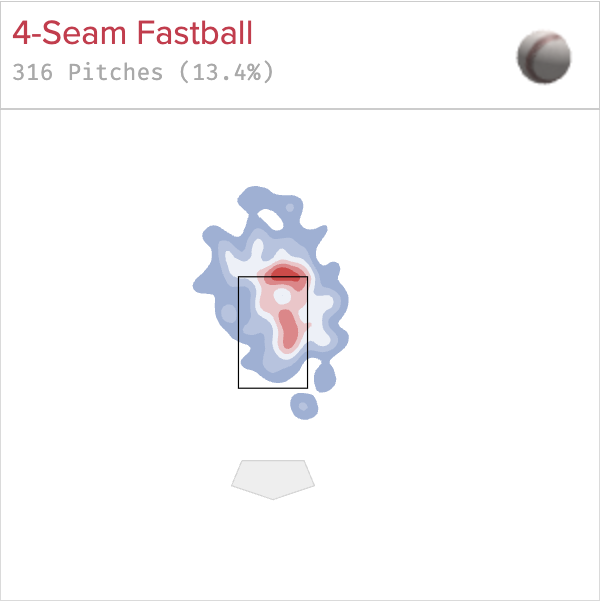 Additionally, Blake seemed to focus heavily on refining the sinker across the Yankees pitching staff last season, so it’d be interesting to see what he and Houser could accomplish. As for the curveball, Houser’s sat in the 89th percentile in vertical movement in 2019, but has never been a real weapon at generating whiffs. Blake is considered a guru in pitch design — perhaps he could squeeze added effectiveness out of Houser’s breaking ball.

That brings us to Houser’s availability. Perhaps the three-headed monster of Burnes, Woodruff, and Peralta makes the remaining pitchers in the Brewers’ rotation slightly more expendable.

We know Milwaukee have shown interest in Luke Voit in the past — maybe that gets the ball rolling. According to The Athletic’s Keith Law, the Brewers possess the 26th ranked farm system, top-heavy with outfielders, middle infielders, and left-handed pitching, but devoid of right-handed arms — something the Yankees have in abundance on their farm.

Look, Houser isn’t someone who automatically slots in behind Gerrit Cole. He’s your stereotypical number four with a few warts but also some attractive upside. And with three more years of team control, he’s fits the exact mould of pitcher the Yankees should be targeting on the trade market.