It’s always hard to evaluate a spring start, especially a guy’s first spring start. Gerrit Cole came out pumping, throwing 12 fastballs in the first inning, getting three whiffs and striking out the first two batters he faced. His strong first inning belied the command issues he’d have in later frames, leaving two fastballs over the plate that were sent over the fence: 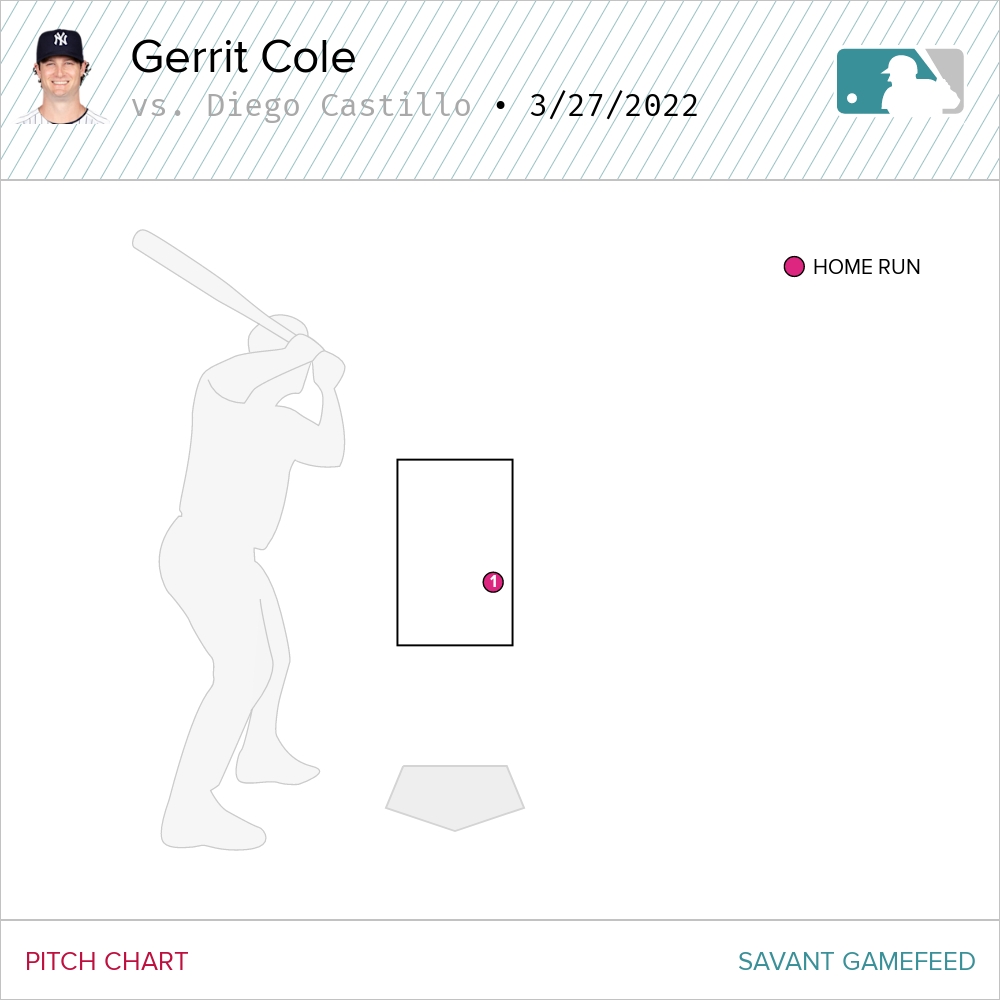 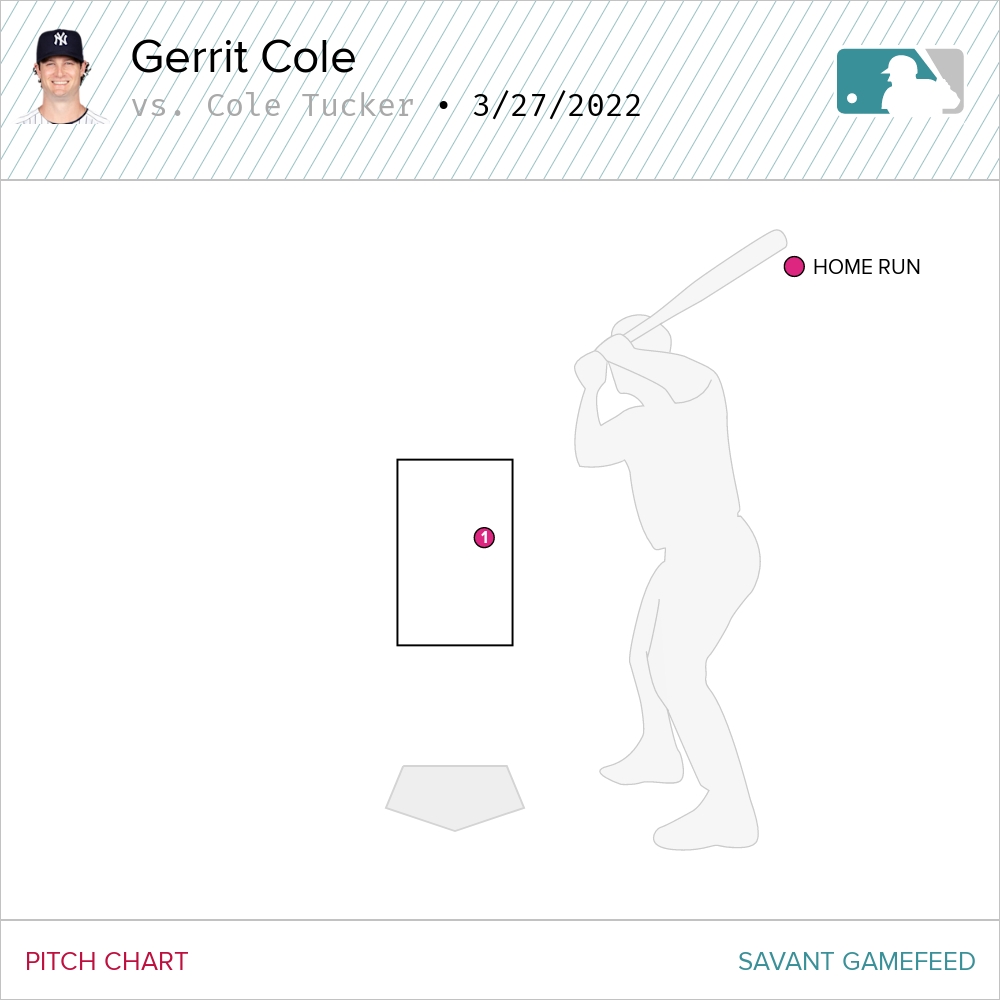 This isn’t really surprising for a guy’s first spring start. Cole’s fastball velo and spin were good; it’s normal that he’s going to struggle with command. Simulated games are all well and good, but especially for a pitcher as intense and focused as Cole, getting on the mound even for an exhibition game feels different.

Cole will likely get one more spring start before getting the ball on Opening Day. Aaron Boone suggested that, should everything be normal on April 7th, Cole will be allotted 80-90 pitches for that start. Given that he was taken out after 50, you have to figure the Yankees will be targeting 70 or so pitches for Cole’s next outing to make sure he’s properly tuned up.

Jordan Montgomery also got work in, looking much better over 55 pitches and striking out five with no walks. To continue to assuage concerns about Cole, Monty’s spring ERA after a really strong outing today sits at 7.36 — these are warmup games for a reason, the veterans on the club should be just fine.

Offensively, it was all about the long ball. The Yankees hit five on the day, with Josh Donaldson leading off the game with a home run and two coming off the bat of Aaron Judge, just in case the Yankees wanted to add a little more to whatever extension offer they’re preparing. His first shot, a 407 foot blast to dead center, is as pretty a dinger as you’ll ever see:

Kyle Higashioka continued his hot streak, clubbing his third home run in his last two spring starts, and Marwin Gonzalez, fighting for a bench role, pulled one right down the line as well:

During the customary midgame interview, Boone was asked about likely roster construction for April, given the two extra active roster spots and concerns around pitcher usage. He said the Yankees were looking into the idea of a 16/12 pitcher/position player split, which to me would make April games pretty miserable.

Teams are going to be caught between protecting pitchers after such a short spring and the compulsion they always have to use as many pitchers as possible. Certainly, the Yankees are no stranger to getting use out of every arm on the roster, and giving the team 11 different people to use out of the bullpen early in the season doesn’t exactly make me excited for “real” baseball. Hopefully, the team caps it at 15, or better yet, goes with a 14/14 identical split.

The Yankees travel to Lakeland tomorrow for an afternoon matchup with the Tigers, where we’ll see Deivi García take the hill against ex-Red Sox starter Eduardo Rodriguez. First pitch for that game comes at 1:05pm Eastern.