It’s OK to be worried about Giancarlo Stanton

Some concerning signs in the recent All-Star’s performance has me doubting for the first time.

Share All sharing options for: It’s OK to be worried about Giancarlo Stanton

I thought that Gary wrote a nice piece on Monday about Giancarlo Stanton and how important he is to the 2023 Yankees. I agree about his importance — this past season demonstrated how crucial it is to have more than just Aaron Judge in a lineup. Stanton himself proved that in September, walking off the Pirates on the same night Judge hit his 60th home run. Where I disagree with Gary is our optimism for Stanton’s performance going forward. For the first time since he became a Yankee, heck for the first time since I became aware of “Giancarlo Stanton, MLB player,” I’m not particularly confident in his production next season.

This isn’t even a “he’ll be great if he’s healthy” kind of thing. First of all, we know that Stanton likely won’t be healthy, and the 2022 season is a big part of why. The former MVP has dealt with soft tissue problems in his legs before — playing through a hamstring problem in 2018, seeing IL time with the hammy in 2020, and hurting his quad last year. Soft tissue injuries are always concerning, but especially in Stanton’s case since it nails him into the DH spot.

In 2022, Stanton missed time to ankle problems, the first a vaguely termed “ankle inflammation” and the second Achilles tendonitis. This is particularly problematic, because ankle injuries tend to be more likely to recur than other soft tissue leg issues. I think it’s at least possible that Stanton’s ankle never healed all season, given his slight decline in hard-hit rate and exit velo between halves:

The big dropoff was in strikeout rate, where after returning from the IL, Stanton was sat down 38.1 percent of the time, an 11-point jump. If you know anything about hitting, you know how critical the legs are, and a balky ankle makes it at least plausible that Stanton couldn’t effectively transfer weight to his front foot, throwing off his swing path entirely.

Take a couple of swings for example, one in September and the second in October: 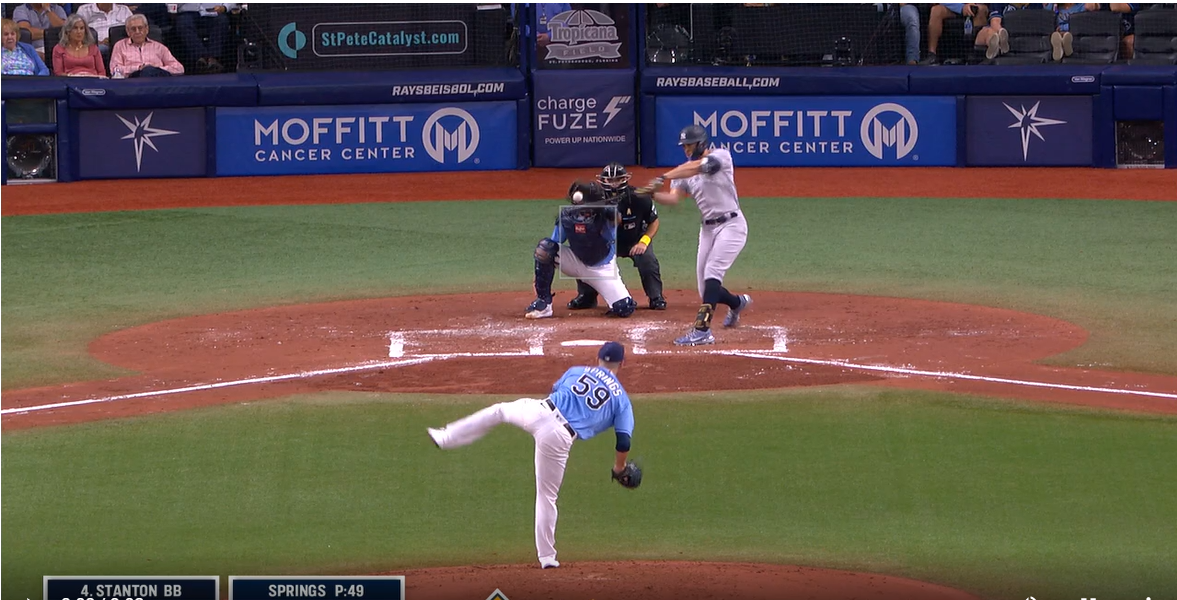 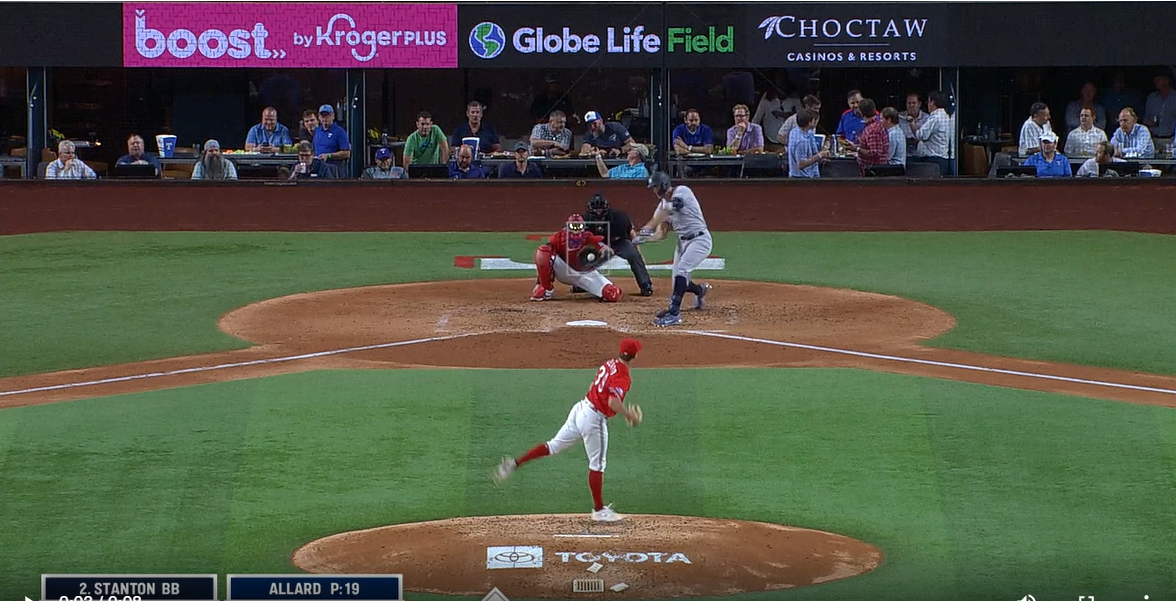 On both swings, we see that that front leg — the one anchored by a bad Achilles tendon — never goes fully straight. It never takes on the full weight of the swing. Without that foundation, the rest of your mechanics are bound to be thrown off.

It’s this combination that makes me so worried about 2023. Stanton’s at the age where we would expect to see his swing get a little Swiss cheesy, and he’s likely to continue combatting those soft tissue problems, doubly so if the Achilles issue rears its head again. It’s why having such a top-heavy lineup is an issue for this team, it’s why going with a glove-and-contact left fielder like Max Kepler makes me so nervous.

We saw in the second half of 2022 what a lineup featuring just Aaron Judge looks like. I’m fully confident in him going into 2023, even if he’s probably not going to top 200 wRC+ again. It’s the rest of the lineup that I’m not confident in, particularly his bash brother. It’s not enough to just say that Stanton will be great if he’s healthy — we’re at the stage in his career where he will likely be less great, and leave the Yankee lineup that little bit thinner.