Can the Yankees fix the janky lefty?

I really love a good strength-for-strength trade. Jordan Montgomery for Harrison Bader? Love that — the Yankees had a deep rotation, the Cardinals drip Gold Glove-calibre defenders, works for everyone. The Marlins are a potential match in the same way, with a plethora of talented but warty pitchers and a desperate need for good, young hitters.

Pablo López is the name often bandied about, mostly because of the reported attempt by the Yankees to acquire him earlier this year. There’s a lot to like in López’s repertoire, but I want to talk about Trevor Rogers today. The southpaw is coming off a tough, tough 2022, but his 2021 season was better than anything López has done. It’s a classic ceiling vs. floor argument, but in a rotation as deep as the Yankees’ offer, I think I prefer the four-plus win potential that Rogers has already shown.

The big question for Rogers is where all the strikeouts went — he sat down almost 29 percent of batters faced in 2021, just to see that drop to 22.2 percent this season. For the most part, we need to worry about his fastball, a pitch that features relatively high spin without enough rise, and engineered whiffs at a rate five points lower than in his 2021 campaign.

This affects Rogers’ true plus pitch, the changeup, that lost effectiveness in 2022 despite no changes in the movement profile. A weaker fastball means you have less separation in shape with your changeup, so overall as a pitcher you’re less deceptive. It’s restoring that deception and fastball efficacy that would be the concern for any acquiring team. 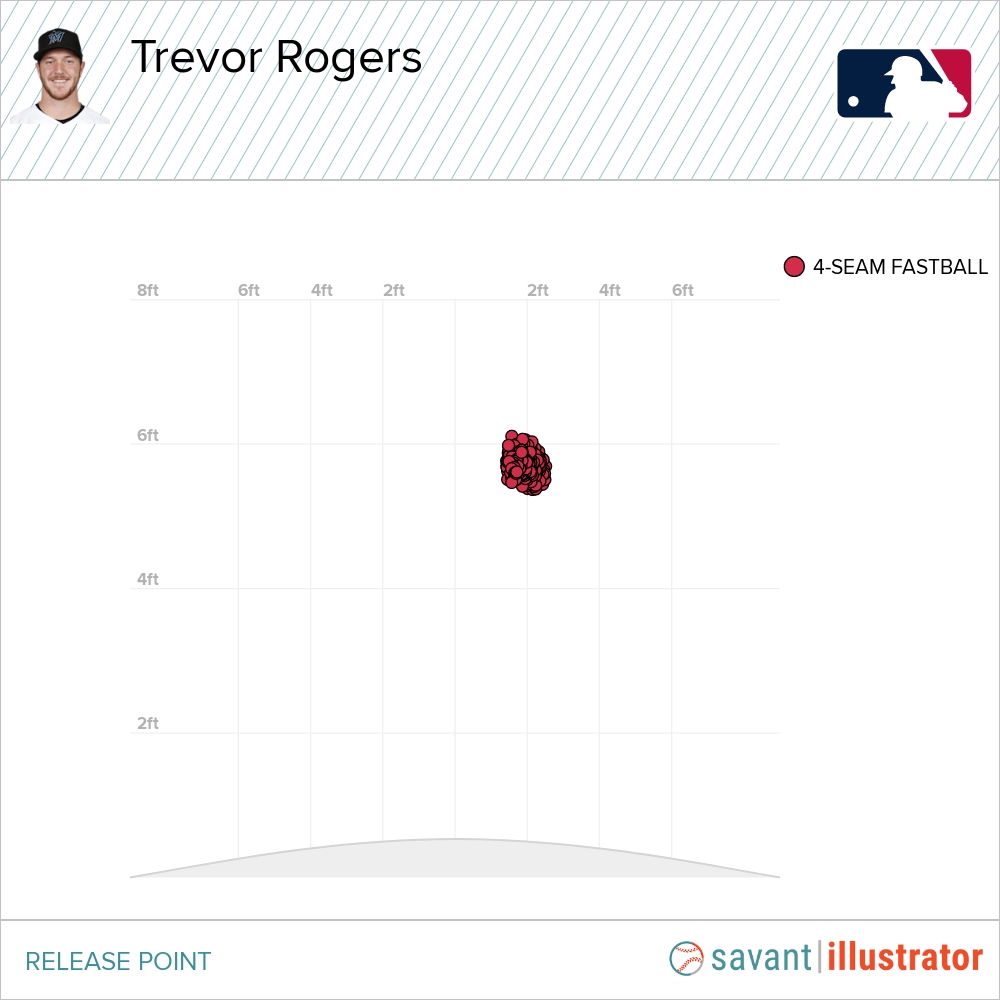 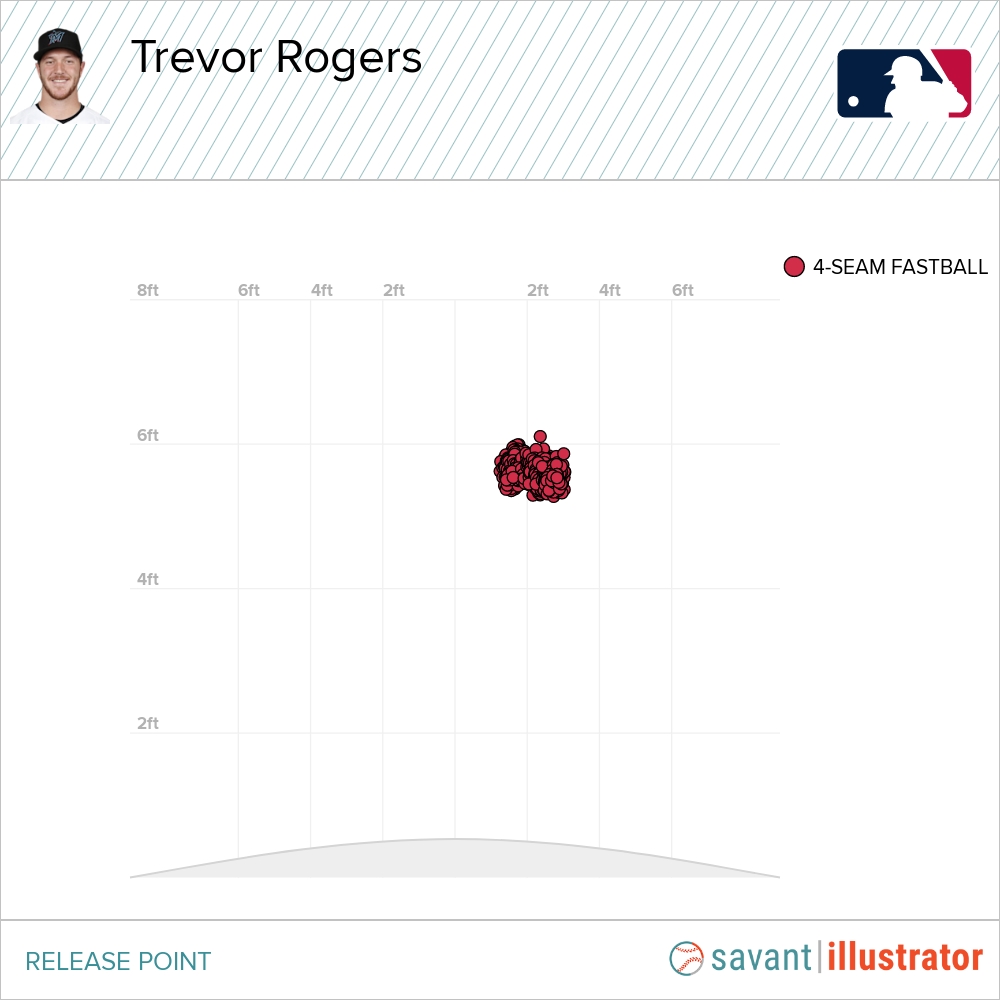 We have here his release point on the fastball from 2021 and 2022, and it’s obvious how out of whack his delivery got in 2022. This variation in fastball delivery is particularly important when we again factor in how it diminishes his changeup: 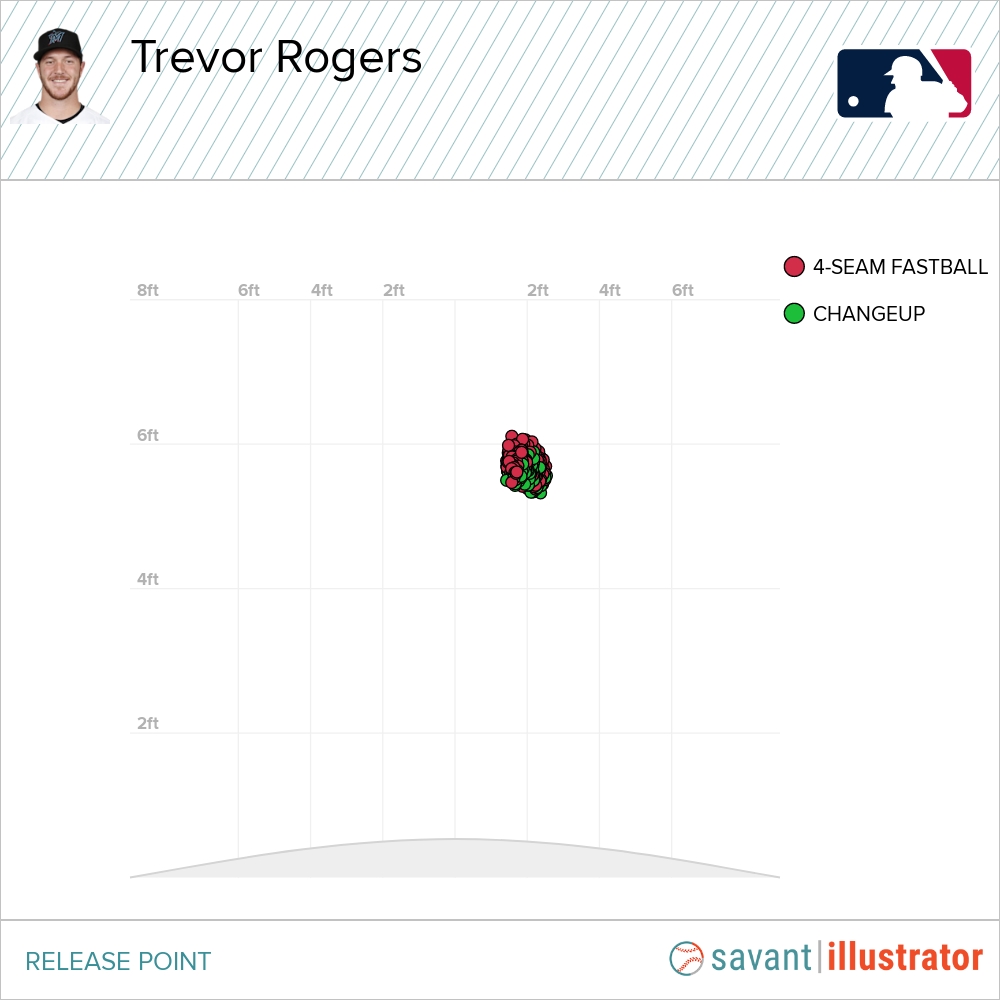 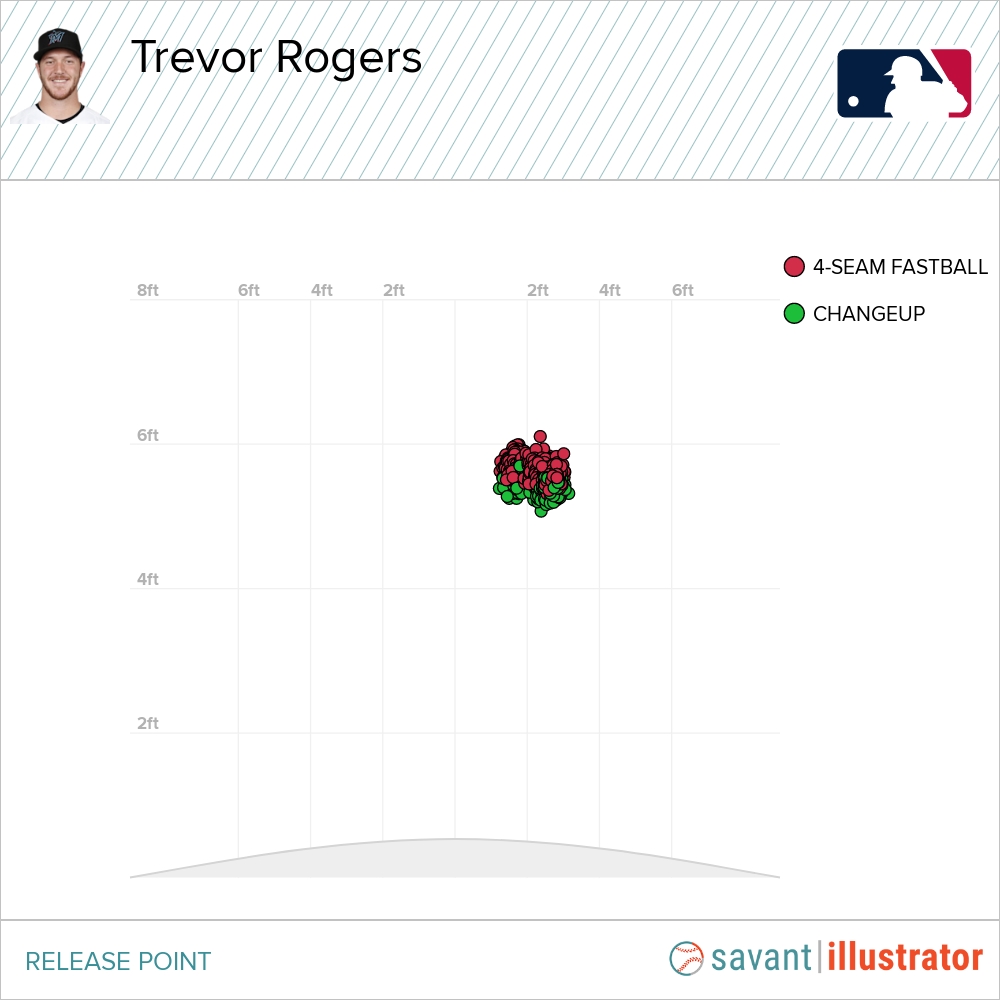 Throughout 2022, Rogers consistently released his fastball three or four inches higher than the changeup. For MLB hitters, that’s all the difference you need — Rogers isn’t tipping his pitches with a glove twitch or something that’s obvious on TV, but for a guy in the box, he’s going to be able to pick up exactly what pitch is coming.

Cost of acquisition for a pitcher like this is tough. Rogers doesn’t become a free agent until 2027, two years after López. That extra control makes him more expensive to land than Pablo in a vacuum, but the fact that the two players had such wildly divergent seasons probably brings them closer in real prospect cost. So, the question of who you prefer comes down to your faith in the Yankees’ ability to fix Rogers’ mechanical kinks.

For me, the risk is worth the payoff. You need to do a lot of work to get either player’s into the four-win territory, but the fact that Rogers was there just last season makes me confident he can get back, whereas we’ve never seen that kind of upside from López. The Yankees’ deep staff means you can absorb a little more risk from one arm, so I’ll take the bet on Rogers.