Albert Abreu had an odd 2022 that saw him pitch for three different teams, but he put together some of his best work after returning to the Yankees.

Albert Abreu was involved in one of the best moves the Yankees made in 2022. Of course, he was on his way out of town in that maneuver, with the Yankees sending Abreu to the Rangers for soon-to-be All-Star catcher Jose Trevino. In exchange for a pitcher who lasted all of 8.2 innings in Texas, the Yankees got the best defensive backstop in the game.

Yet here we are, with Abreu back in the fold and actually coming off a pretty solid year. Abreu walked over a batter an inning during his Rangers tenure, prompting a trade to Kansas City, where he pitched 4.1 shaky innings before getting waived by the Royals and claimed by New York. After finally returning to the Bronx, Abreu smoothed out some of his control problems and submitted his strongest stretch of play to date.

In the 13 innings he pitched before returning to the Yankees this season, Abreu walked 16 batters, giving the Yankee coaching staff a clear directive. Abreu, now 26, still has every bit of the stuff that made him a touted prospect some five years ago, but the control issues that plagued him in the minors appeared even worse during his brief stints in Texas and KC.

The samples we’re working with are small, but Abreu’s control did noticeably improve after coming back to New York. Here’s his rolling average zone rate for 2022, with game 12 marking his first game with the Yankees:

The difference is more clear when we home in on his primary offering, the sinker. Use the slider to compare his heatmap with the sinker before and after returning to New York: 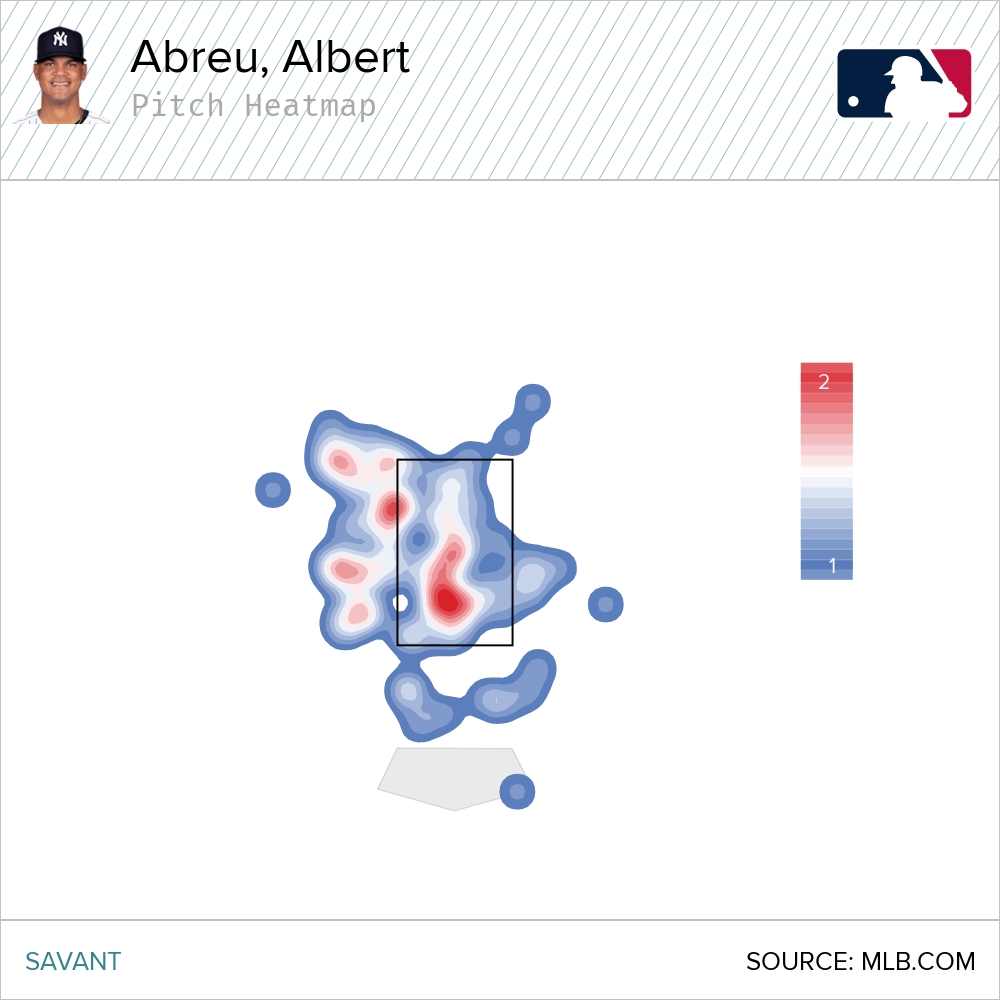 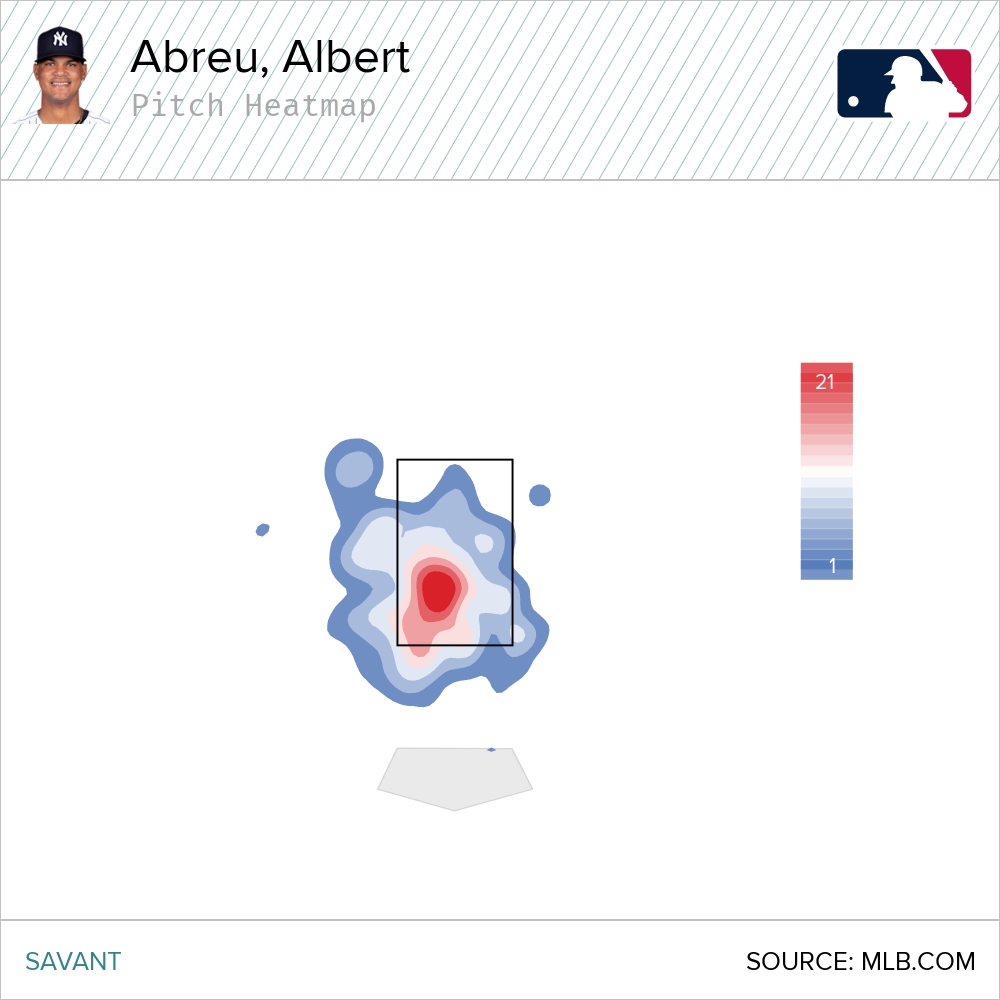 Again, small samples here, but with the Rangers and Royals, it didn’t appear Abreu knew where his heaters were going. With the Yankees, he was much more consistent in locating the fastball, perhaps as consistent as he’s ever been in his short career. Abreu was able to effectively spot his sinker down and in on righties and away from lefties.

That optimal location unlocked the pitch and yielded the best results of Abreu’s time in the big leagues. His sinker generated a .290 wOBA with the Yankees, after seeing his hard stuff get hit hard during his major league stints in 2020 and 2021.

It’s unsurprising Abreu was able to produce after getting his control, well, under control, given how overpowering his topline stuff remains. He averaged 98.5 mph with his sinker this year, making it one of the very hardest pitches of its kind in the majors. Abreu generates plus extension with the pitch as well, getting it in on hitters in the blink of an eye:

Abreu’s sinker likely will never be a truly great offering; it’s a fairly straight pitch that good hitters will square up if they get a few looks at it. But in Abreu’s capacity as a short-burst reliever, he appears to have compiled an arsenal that will allow him to be effective. Batters hit just .125 against Abreu’s quality slider, which also generated the best whiff rate of Abreu’s career. If Abreu can continue to find the zone with his sinker, there’s no reason he can’t be a solid, one-inning reliever mainly relying on his fastball/slider combo.

The Yankees will surely hope he can, as they actually deployed resources this season to ensure that Abreu could remain a part of their future. Abreu is out of minor league options, meaning the Yankees weren’t able to send him to the minors at any point this year without risking losing him to another team via waivers. That was an issue at times during the summer, when the Yankees opted to preserve Abreu’s roster spot by optioning seemingly superior pitchers, like Clarke Schmidt and Ron Marinaccio, to the minors. This most dynamic most notably came to a head in an August game in Seattle in which Aaron Boone was forced to turn to Abreu at a crucial point in a close contest, only for Abreu to allow a back-breaking homer to Carlos Santana that cost New York a lead and the game.

It’s not Abreu’s job to optimize the Yankees’ roster management, though. He’s a reliever, and he’s starting to look like a decent one. He has a ways to go before finding himself well-entrenched in Aaron Boone’s Circle of Trust, but the Yankees’ gambit of keeping him on the roster through 2022 may just pay off if he can consolidate the gains he made after returning to the team.