What was missed during Frankie Montas’ relief appearance

It started out ugly, but there are some encouraging signs that Montas might finally be healthy and capable of being a weapon for the Yankees.

Share All sharing options for: What was missed during Frankie Montas’ relief appearance

When the Yankees acquired Frankie Montas from the Oakland Athletics at the trade deadline, they envisioned slotting him into their playoff rotation alongside Gerrit Cole, Nestor Cortes, and Luis Severino to give them a quartet of top-of-the-rotation starters. As we all know, that version of Montas, the one who posted a 3.18 ERA (3.35 FIP) in his first 19 starts and who came in sixth in the Cy Young vote last year never really materialized in the Bronx; not only did he make just eight starts before hitting the injured list with a shoulder problem, he wasn’t particularly good in them, allowing four or more runs in five of those outings.

Added to the ALCS roster as a relief pitcher — there was not enough for him to stretch back out to start — Montas immediately saw action in Game 1, and, well, immediately just like Yankees fans remembered him. He hung a slider to Astros rookie shortstop Jeremy Peña, who launched it 386 feet at 106 mph for a home run. It was not a pretty sight, and looked to be a bad omen. With Yordan Alvarez, Alex Bregman, and Kyle Tucker due up, everyone expected that the score would be much worse than 4-1 by the time that Montas’ evening was done.

That didn’t happen, though.

Montas rebounded, struck out Alvarez on five pitches, got Bregman to hit a soft liner to Isiah Kiner-Falefa, and induced a lazy fly ball to center from Tucker. In the end, the leadoff home run was merely a blemish on what otherwise looked like a fairly decent outing, at least on paper. But was it evidence that Montas has begun to put it back together, or was it simply a lucky inning?

To try to figure that out, let’s compare the Statcast data from Wednesday night to his last start of the regular season, a 7-6 loss against the Milwaukee Brewers in which he got knocked around for four runs in just three and a third innings on September 16th. We’ll start with his spin rate data; the first image is from September, the second from the ALCS.

Montas’ velocity and spin rate were certainly up a bit compared to mid-September, but that isn’t necessarily evidence of anything physically different with him; pitchers tend to see an uptick in velocity and spin rate when they work out of the bullpen, particularly from their fastball. So now, let’s turn to his release point (the left image is from September, the right one from Game 1): 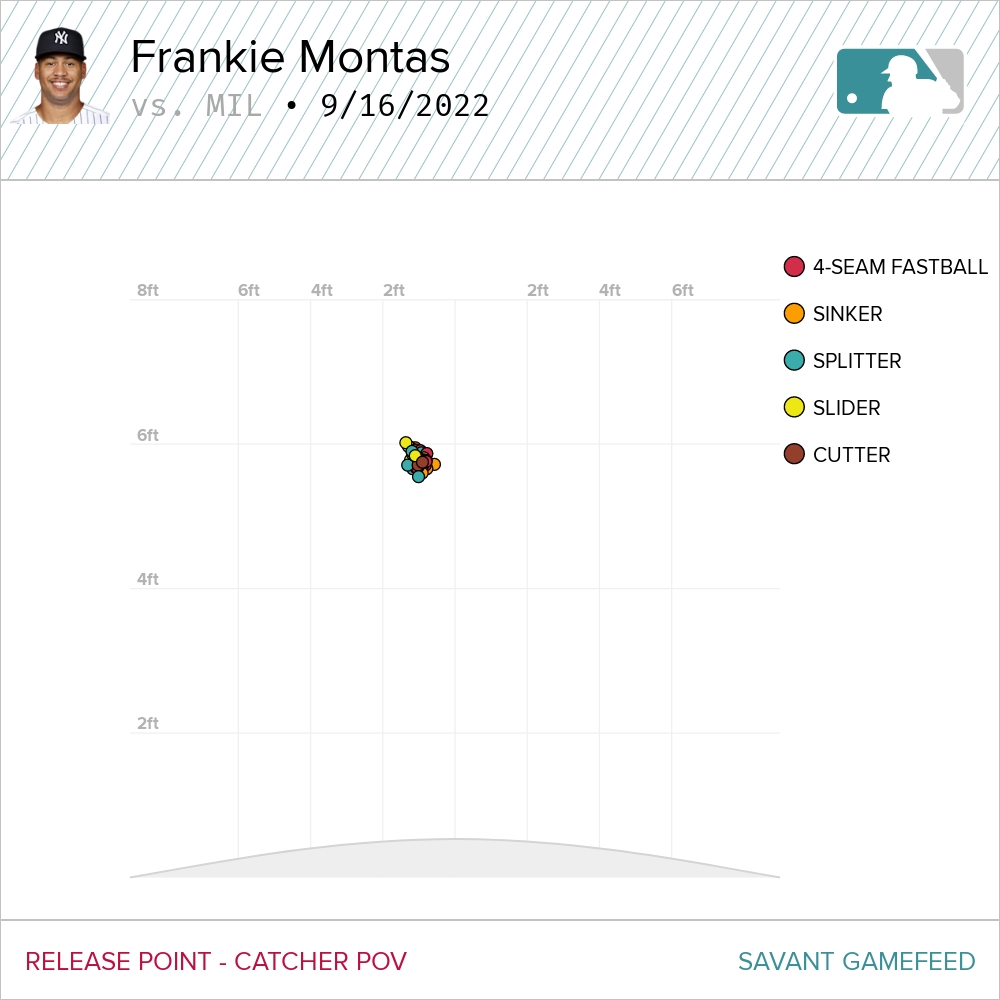 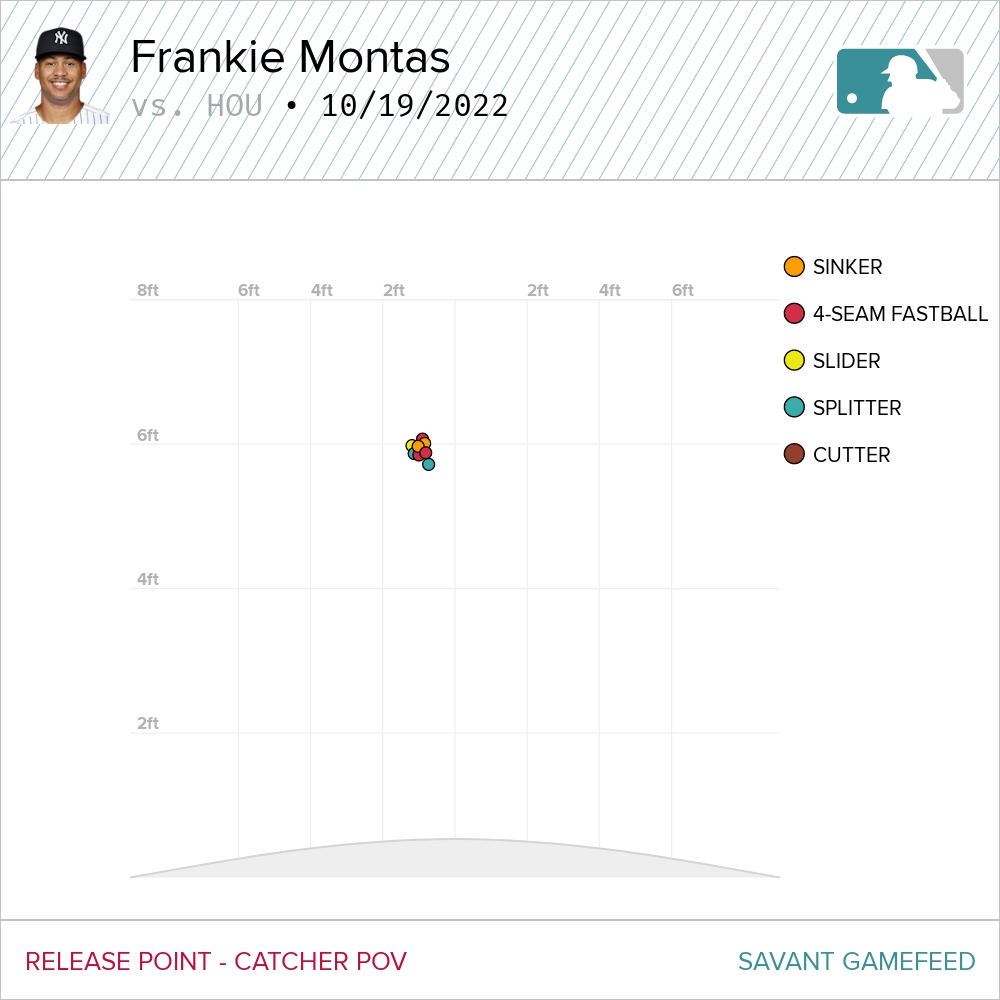 At the end of the day, though, this was just one inning in one game — the smallest of small sample sizes. And while these sample sizes mean the difference between “almost” and “champion” at this time of year, when it comes to determining whether or not Frankie Montas can recapture the form that made him one of the most highly sought after starting pitchers of the trade deadline, we simply have to wait and see.