The Astros’ bullpen will be the Yankees’ toughest challenge yet

Houston boasts a lot of stars, but the relief corps is going to be a tough slog.

Share All sharing options for: The Astros’ bullpen will be the Yankees’ toughest challenge yet

When you think about the Astros, there are certain stars that come to mind — Justin Verlander, Jose Altuve, Yordan Alvarez, the guys that jump off the page. Each of them are a tough assignment for the ALCS, but the great underdiscussed force in this series is the strength of Houston’s bullpen. We’re all rightfully concerned about what Verlander or Framber Valdez will do in their starts, but the series may hinge on what happens when those guys are taken out of the game.

Pick your stat — ERA, FIP, xFIP, strikeout rate — and the Astros’ bullpen sits atop the MLB table. The six main arms the club will lean on in the ALCS have a FIP at least 35 percent better than league average. We just saw the Yankees overcome the Guardians’ formidable bullpen ... the Astros’ relief corps had an ERA and FIP more than a third of a run lower.

It’s one thing to know how good the Astros are, it’s another to understand what makes them so effective. They have the best strikeout rate in the game despite throwing the second-fewest number of pitches in the zone:

Contrast this with the Yankees, whose bullpen has a relatively mediocre strikeout rate despite being among the stronger relief corps. The Yankees have leaned into a sinker-slider approach with their relievers that’s generated the lowest hard contact rate in the game. Think about Wandy Peralta or Lou Trivino or Clay Holmes — sure, they can get strikeouts, but they’re really trying to fool you into chopping a ground ball somewhere, or popping it up. Given that approach, the Yankees target the shadow zone to avoid the barrel.

Where the Astros differ is they’re not trying to generate contact in the shadow or chase zones, they’re trying to throw four-seam fastballs by you. Only four relief corps in baseball threw more four-seamers just off the plate than Houston, and the Yankees were dead last in that category — but unsurprisingly first in sinkers.

It’s not exactly a new approach from the club, but rather one that plays to the strengths of the pitching. Bryan Abreu and Hector Neris, the two pitchers the Astros will likely lean on the most this series, are case examples of this: 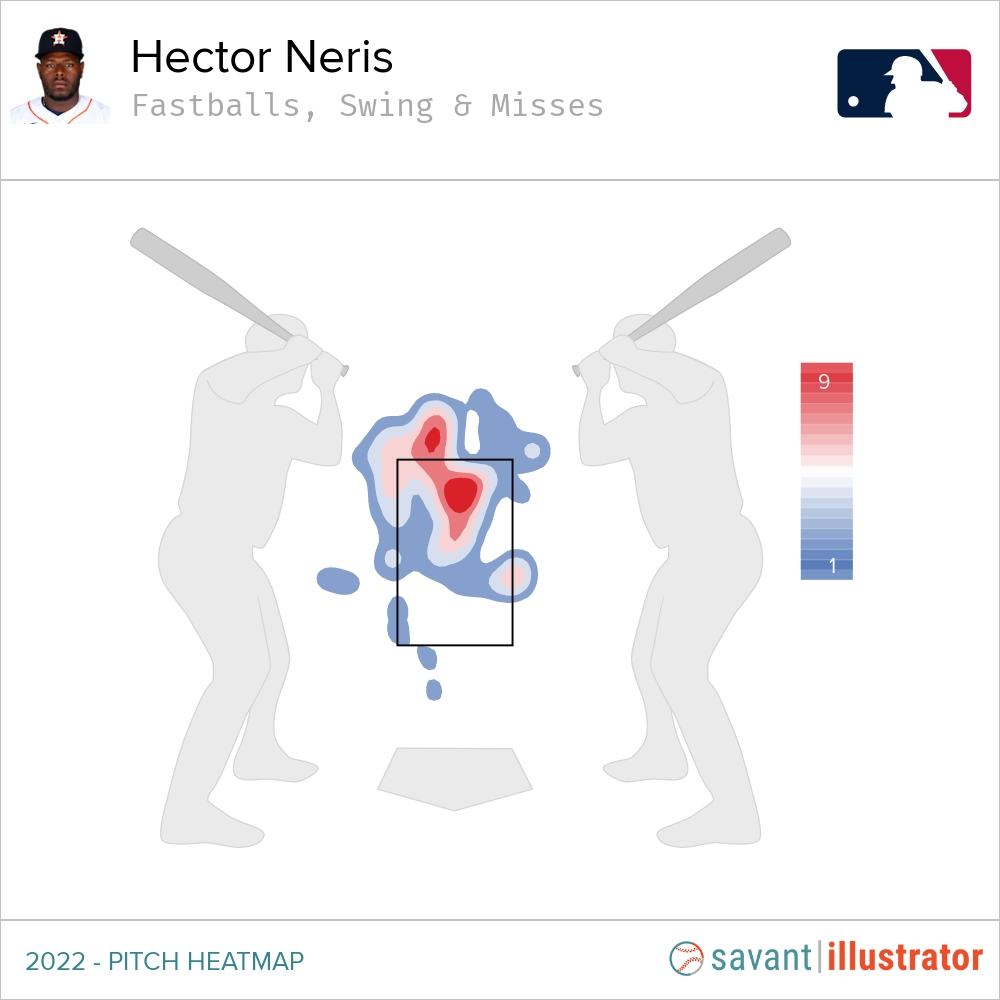 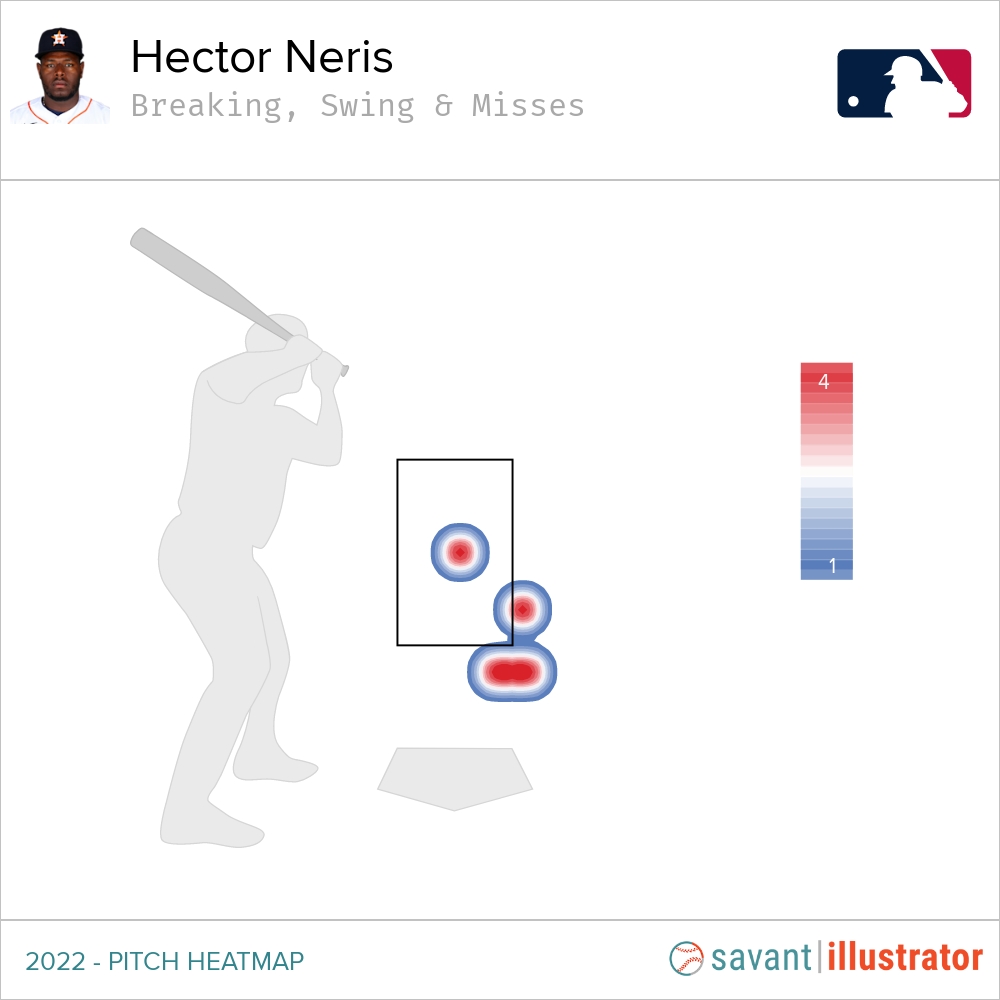 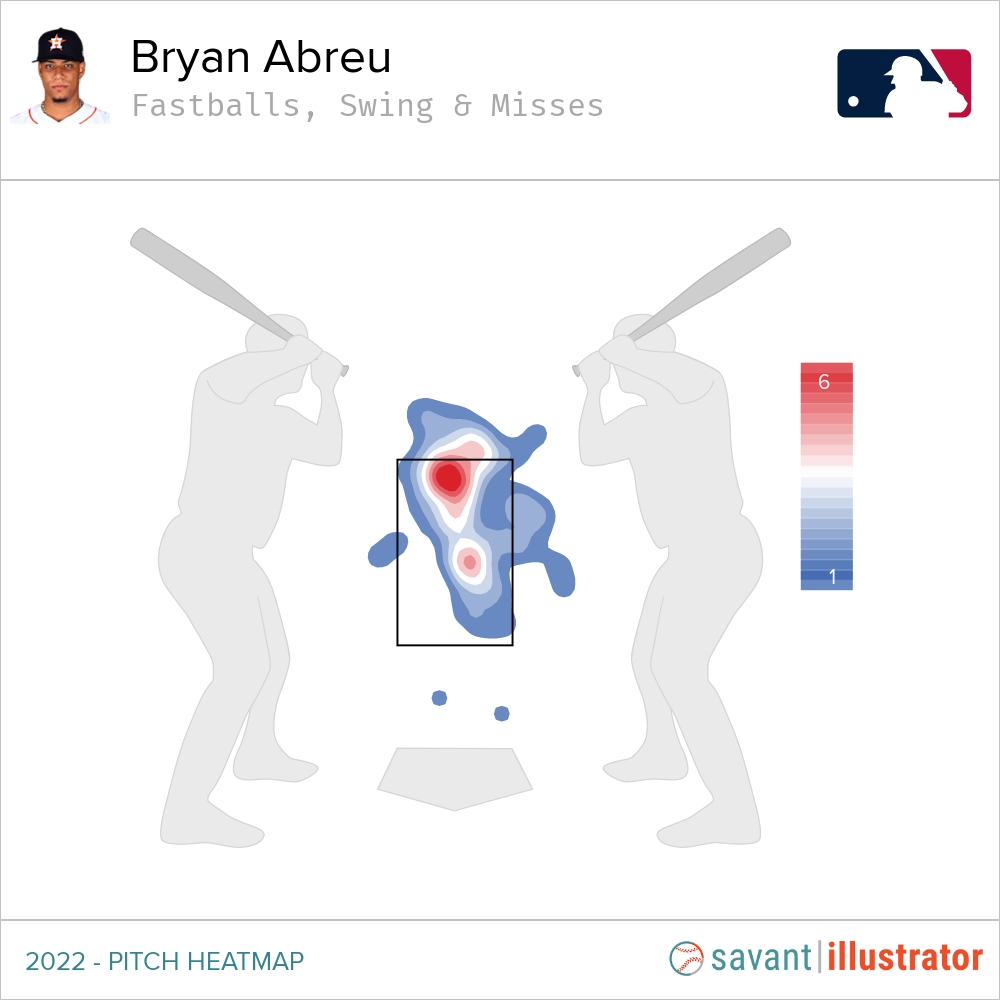 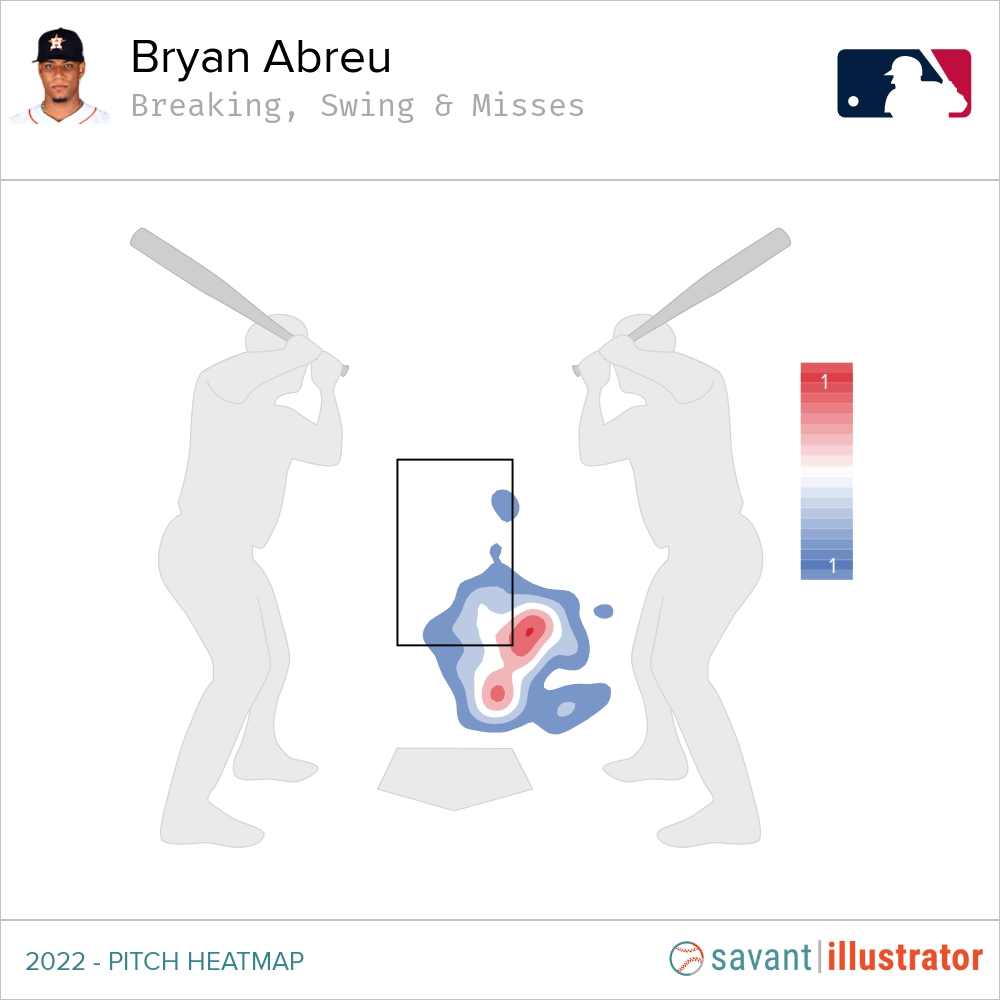 So how do you counter this, other than just by beating up Verlander or Framber Valdez and having a lead before the big bullpen arms come in?

For the Yankees, it should actually be a fairly simple approach: If it’s high, let it fly, if it’s low, let it go. New York had the fourth-best wOBA on fastballs in the shadow and chase zones, but the 14th against breaking pitches. We know what the approach of the Astros bullpen is — they’re not going to throw a ton of pitches in the zone, but the breaking stuff is generally going to be low and away, while the hard stuff is up.

Now, it’s one thing to say that’s what the approach needs to be and another to execute on it, but this also emphasizes the need to hit the ball out of the park. If Neris or Abreu make a mistake with those fastballs, and they creep back into the zone, they need to be crushed. The two combined to allow five home runs this year, four on fastballs that weren’t quite as far out of the zone as they needed to be.

The Yankees have their work cut out for them against the Astros’ starters, but squaring off against their bullpen is yet another example that you can’t just run up a starter’s pitches and feast on the relief corps. Houston’s bullpen might just be the best in baseball, and although the idea of an x-factor is hackneyed, their ability to fool batters with pitches out of the strike zone may be the difference in this series.