Yankees take another one in the chin, drop series opener to Mets

I don’t ever cheer for a rain delay, because I want to watch my favorite team play baseball, especially weekend day games. It’s fun to wake up, make some coffee and eggs, put on the TV and the Yankees are already playing. But so much of this season has felt like work, and today’s game was a great example — a feckless offense for 8 of the 9 innings and a pitching staff that couldn’t keep a bad offense off the bases.

The Yankees didn’t get a hit for the first five innings. It was 8-0 before Aaron Judge, fresh off being named a starter on the American League All-Star team, took Taijuan Walker deep:

The Yankees would load the bases against Miguel Castro, taking over in relief of Walker. Gio Urshela tagged him for a two-run single that cut the lead to five, but that was really all the club managed.

Jordan Montgomery … had the kind of start that we see from him a lot. He worked into the fifth, but only had one 1-2-3 inning, and if you put multiple men on base over and over, eventually you will pay for it. He had moments that really made you raise your eyebrows in a good way, for example, in the third with two men on, one out, and facing Pete Alonso and James McCann: 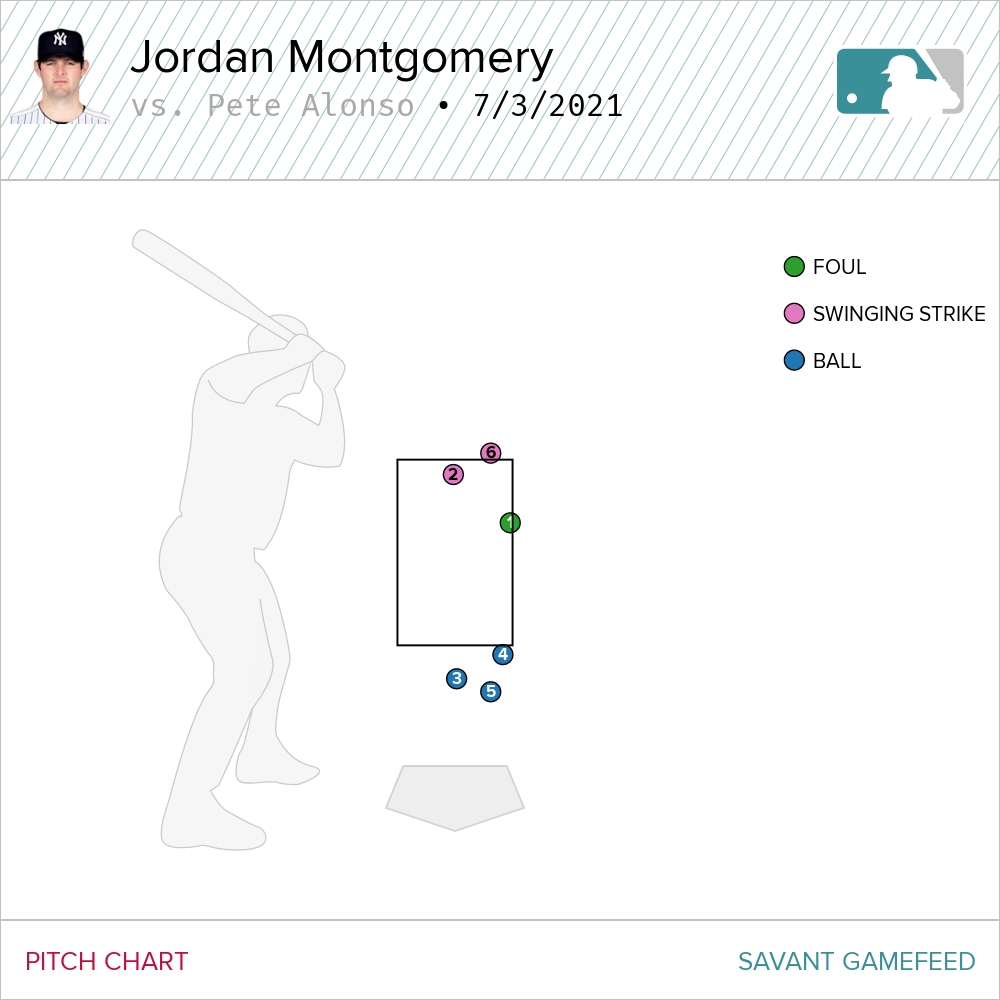 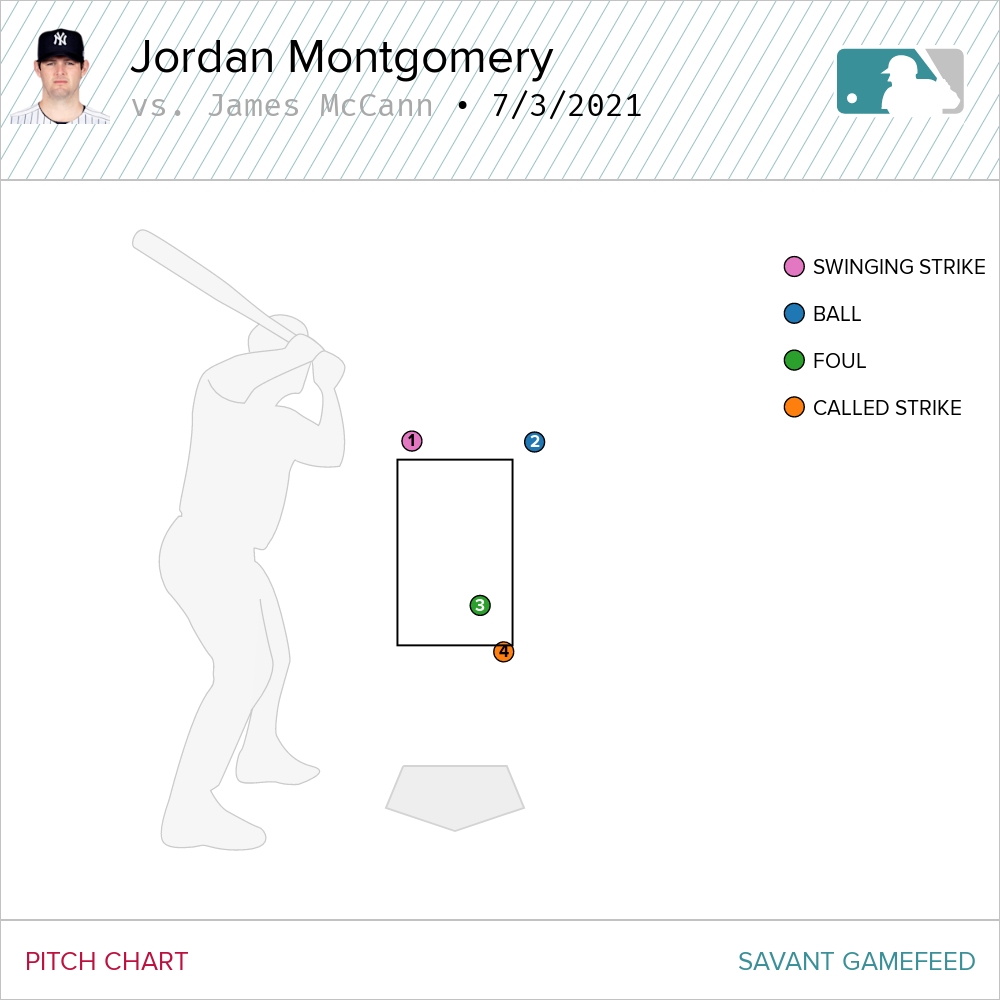 In particular while facing Alonso, Montgomery got a swing-and-miss at a fastball at the letters, then as the Polar Bear fought deeper in the AB, Monty went back — this time even higher than the second strike — and induced another whiff to K one of the best power hitters in baseball. Moving north-south like he did with Alonso is good pitching, and like we’ve seen before … Monty can have moments like that.

But then, like we’ve seen before, Montgomery can struggle to finish off guys with two strikes:

He got one called strike, the one to McCann, but also gave up a tonne of foul balls and contact in play, albeit no hits allowed on two strikes. He just doesn’t have THAT pitch that can reliably get guys with two strikes, and that means more pitches per at bat, and more chances to make mistakes.

Montgomery was eventually charged with three earned runs, although he left with one out in the fifth and the bases loaded. McCann would single to bring in an inherited runner off Lucas Luetge. The third run came on what was scored a wild pitch, but I thought Sánchez maybe could have flipped his glove and at least kept the ball in front of him. Regardless, it was 3-0 Mets after four and a half innings.

Justin Wilson was awful, allowing five runs on four hits while not recording a single out. If you were one of those people encouraged by his shutout outing returning from the IL earlier this week, I am sorry, but I do not think he is that pitcher. I suppose if you’re looking to be generous, he like Montgomery was charged with two runs that his successor allowed, as Mike King gave up a two-run single after being brought in to relieve Wilson.

The Yankees have a doubleheader tomorrow. Gerrit Cole will pitch the first game at 2:05pm Eastern. You all have the agency to determine whether it’s worth watching 14 more innings of this team on a holiday weekend.