Checking in on the vaccine site at Yankee Stadium

Yankee Stadium has been an important vaccine center in the Bronx this spring.

Share All sharing options for: Checking in on the vaccine site at Yankee Stadium

Starting in the wintertime and continuing through to the present day, Yankee Stadium has served the Bronx as a vaccine distribution center for the COVID-19 vaccine. Back at the end of March, before the Yankees and the city announced that the site would remain open on days that the Yankees did not have day games, we here at Pinstripe Alley discussed the importance of having the mass vaccination site in one of the least-vaccinated areas of New York City.

That was about ten weeks ago. Much has changed since then, as rising vaccine availability throughout the country has coincided with a steady drop in the number of cases and the easing of many restrictions. Just this week, New York State announced that, once 70 percent of New Yorkers have at least one vaccine dose, the State “can relax virtually all restrictions;” at the moment, 68.6 percent are at least partially vaccinated, and experts think that 70 percent threshold could be hit as early as next week.

With this in mind, I wanted to follow up on what I wrote back in March, to see exactly how the situation has changed at the Stadium. I’m not an epidemiologist and do not have access to data from the individual vaccination sites, which means that I can’t necessarily analyze things in a detailed way, but I do think it’s important to keep up with what’s going on in the city — and perhaps see how successful the team and city’s joint vaccination project may have been.

Let’s start by looking at percent of positive tests by ZIP code, taken from the NYC Department of Health COVID-19 page last night. 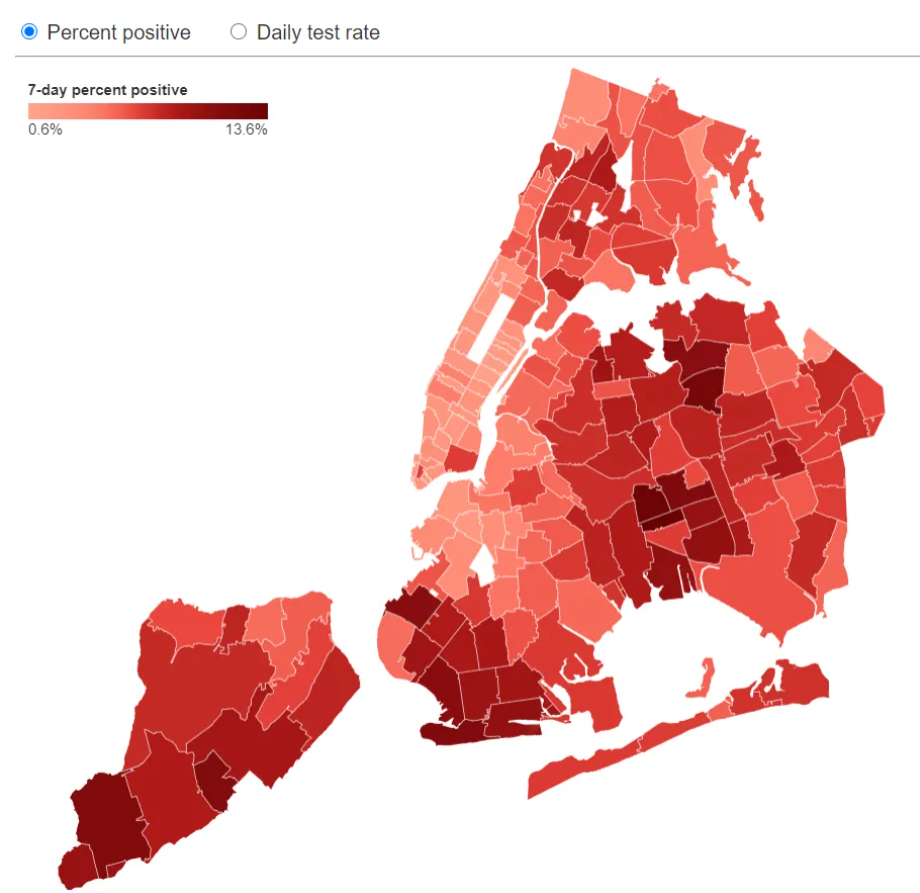 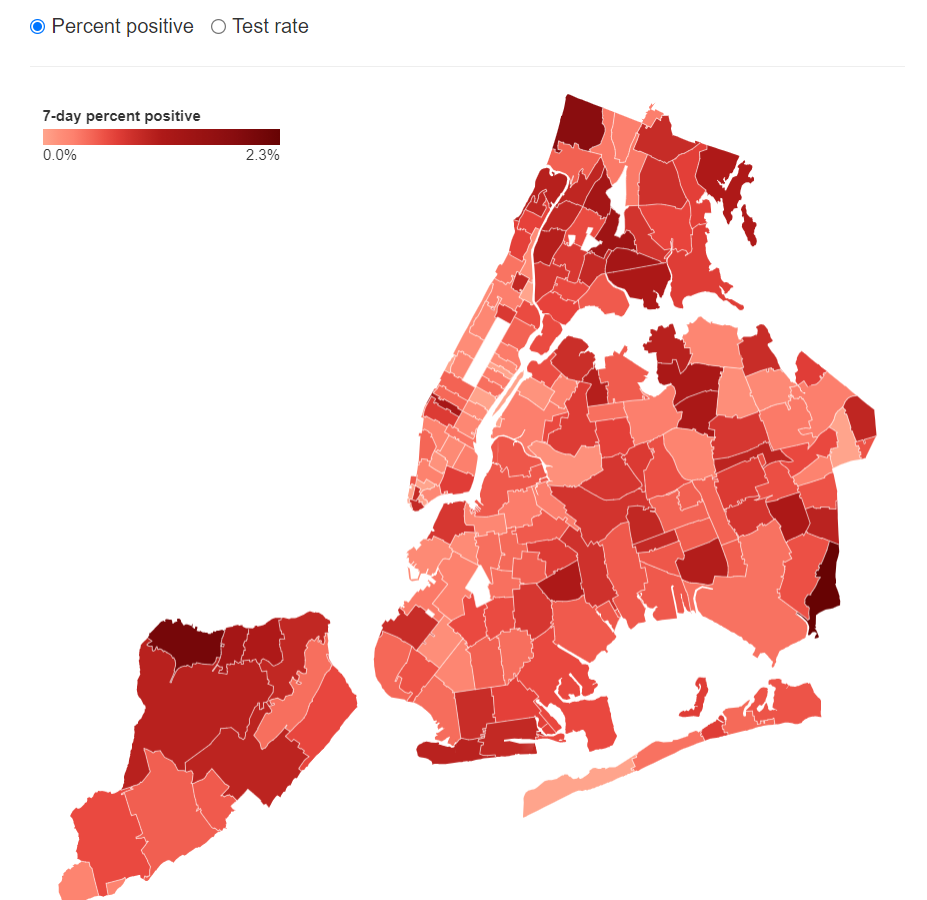 Left image is data from March; right image is from last night.

At first glance, it might not seem like much has changed, as there’s still plenty of deep red scattered throughout the city, especially in the Bronx. Significantly, however, the scale is no longer the same: in March, the scale went from 0.6 to 13.6 percent, while this week, it went from 0 to 2.3 percent. Even the areas of the city that are in the worst shape at the moment are seeing a much lower rate of infection compared to just two months ago.

We see a similar trend when we look at total number of hospitalizations. 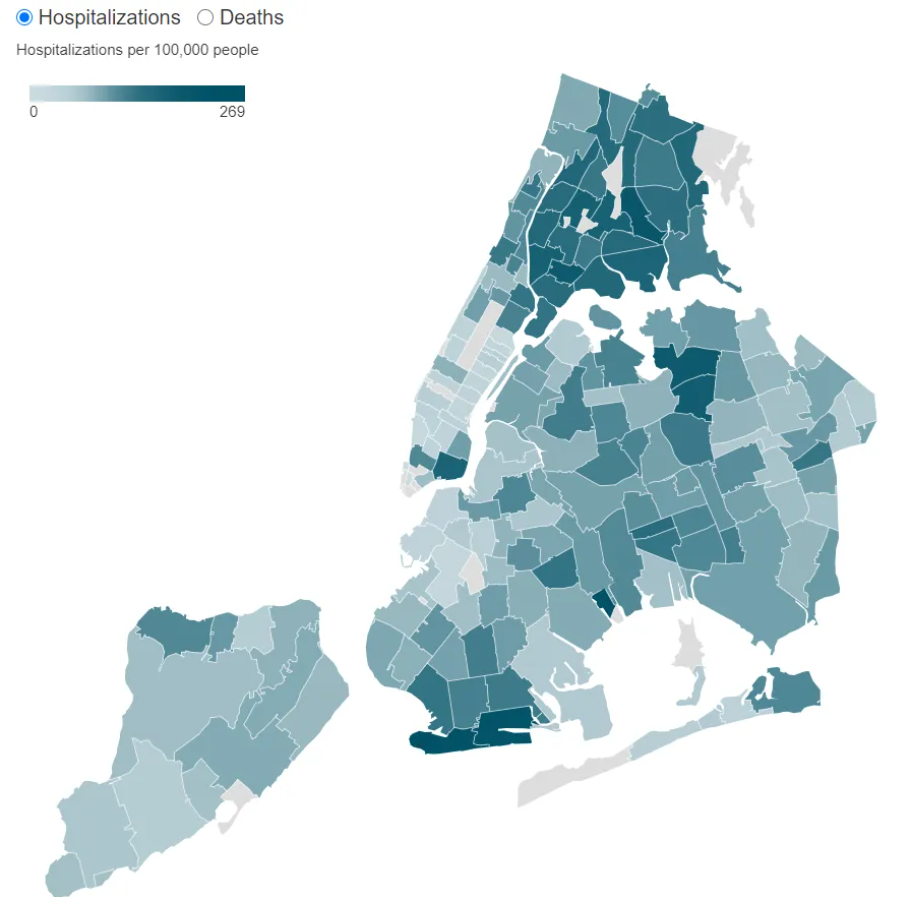 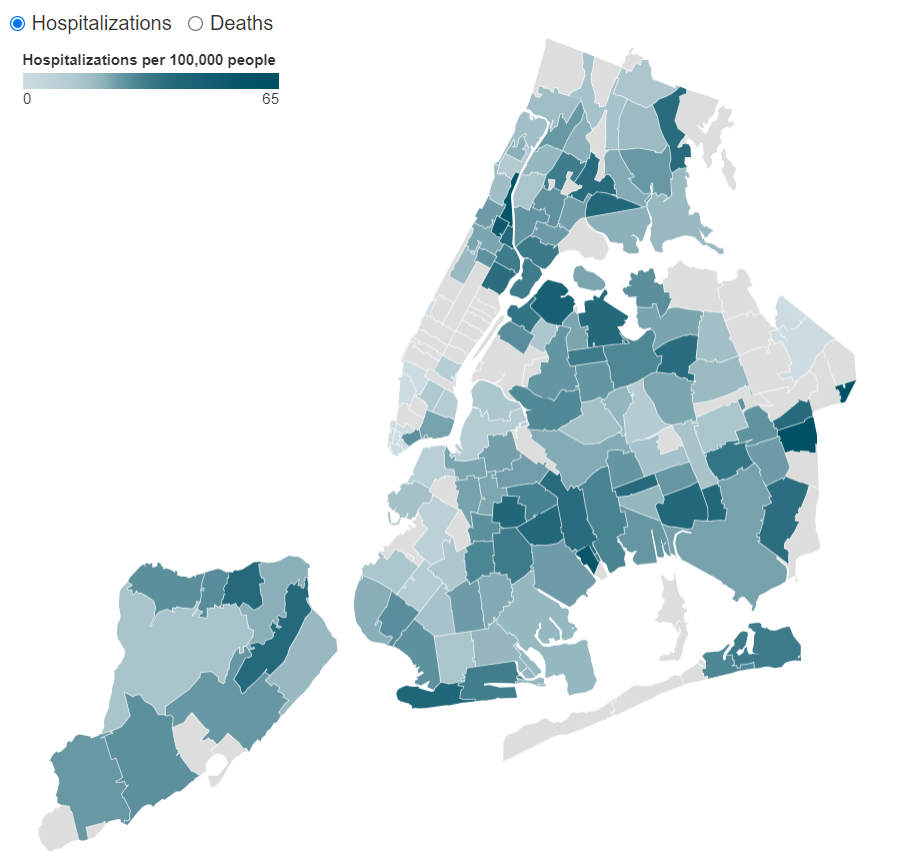 Left image is data from March; right image is from last night.

Once again, the scale has significantly shrunk, going from 0-269 hospitalizations per ZIP code to 0-65. This time, however, the map also has fewer ZIP codes on the higher end of the spectrum, particularly in the Bronx. It’s good news all around.

That said, there’s still work that needs to be done. Although a large percentage of the population has gotten vaccinated, there is still a long way to go.

Although New York State as a whole is closing in on 70 percent vaccination, New York City is trailing behind, particularly in the outer boroughs. Because of this, not only is the vaccination site at Yankee Stadium still in operation, the team is also offering the single-dose Johnson & Johnson vaccine during games — and giving a free ticket to those who take advantage of the opportunity!

The battle against the COVID-19 pandemic is far from over. Fortunately, as these numbers show, the battle in New York City is swinging in a very positive direction, and it’s likely that the operation at Yankee Stadium had at least some part to play.