We had some intriguing pitching assignments early, some offensive fireworks late, and Michael Kay was particularly annoying in the booth. All in all, the Yankees earned their first win of the exhibition campaign, topping the Tigers, 5-4.

It took Gerrit Cole 25 pitches to get his first swing and miss, but that was the only real concern with his outing. His fastball velocity was solid, and while his one inning felt a little like death-by-a-thousand-cuts, two of the three hits he allowed were on balls hit under 70 mph off the barrel. Toward the back half of the inning, Cole got more whiffs; I’m not worrying about a little soft contact.

The big story was our first look at Jameson Taillon. I’ve grown more and more excited for Taillon in pinstripes, and I was looking forward to seeing him work against opposing hitters. He only threw seven pitches in a shutout inning before moving to the bullpen for the rest of the day, but we got to see his new short arm delivery, and the devastating curveball that he offers in complement to the fastball:

I hope to have more on this later in the week, but it was nice to watch Taillon’s short arm delivery in action. It will hopefully hedge against further injury and didn’t rob him of any extension on his release. You can see his release points today compared to his last regular season start in 2019: 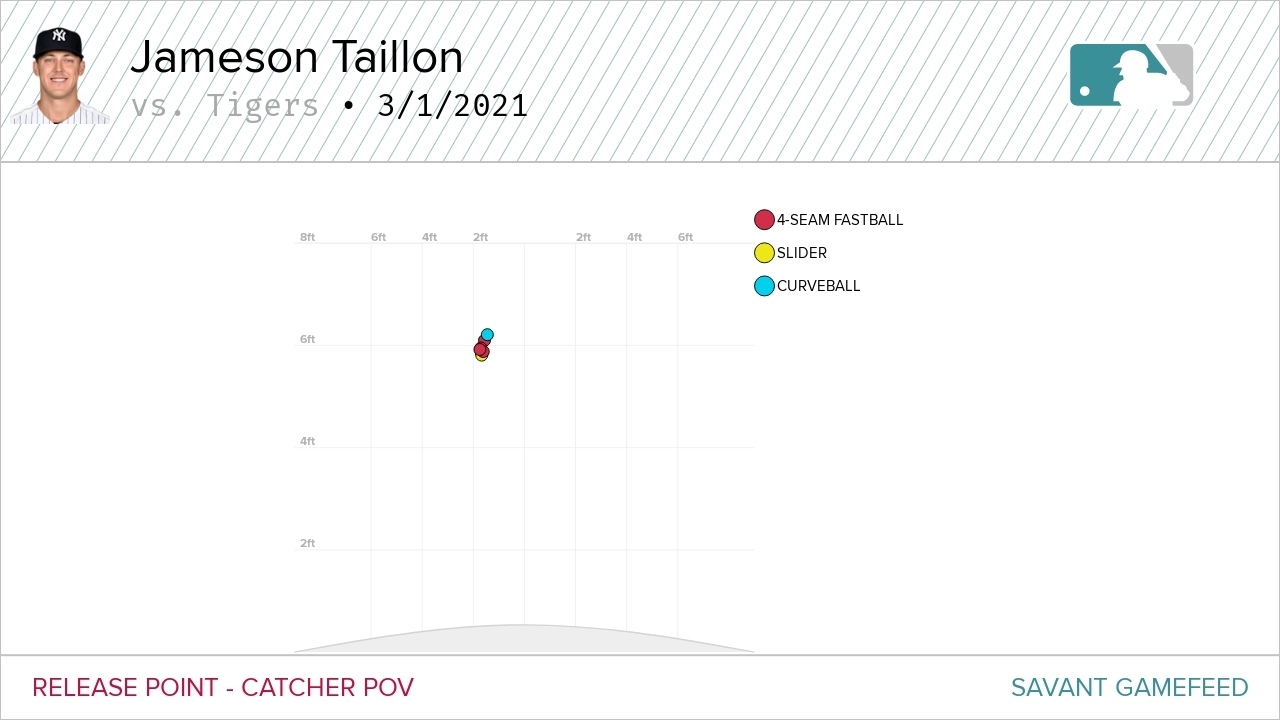 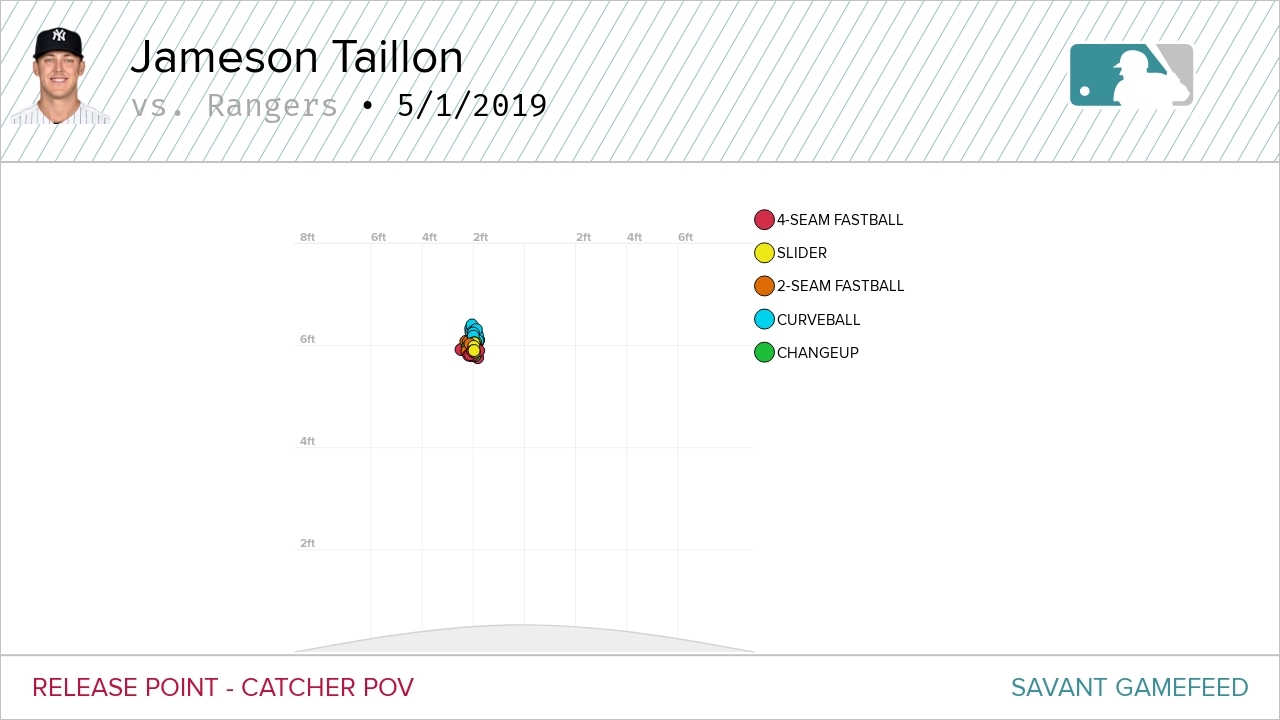 Obviously, we need to see a little more of Taillon before we make any serious judgments, but he looked really good in an extremely limited outing. Can’t wait for his next appearance.

Offensively, the Yankees leaned on the home run again. They were helped by a very strong game from Gary Sánchez, who worked the count full and walked in the first, then obliterated a pitch over the batter’s eye his next at-bat:

Perhaps no player is looking at a more important season than Sánchez. Exhibition home runs don’t mean much, but his mechanics and approach today were perfect, and if he can replicate it over a full regular season, he’ll do just fine.

Not to be outdone, power prospect Chris Gittens added a grand slam:

We’ve heard a lot about Gittens’ power potential over the last year or so. First base for the Yankees is a tough position to grab, both in 2021 and beyond, but at least we know that the potential is certainly there.

The Yankees make a trip to Sarasota tomorrow, taking on the Orioles in another tune-up game. First pitch comes at 1:05pm EST.