What the Fernando Tatís Jr. extension means for the Yankees, Gleyber Torres, and the rest of MLB

The Padres’ superstar shortstop just inked a 14-year, $340 million extension. Here is why that is good news for the Yankees.

Share All sharing options for: What the Fernando Tatís Jr. extension means for the Yankees, Gleyber Torres, and the rest of MLB

After months of leaked reports that the Padres and Fernando Tatís Jr. were working toward finalizing a contract extension, news finally dropped last week that a deal to keep El Niño in San Diego for the majority of his career had been finalized. Tatís’ 14-year, $340 million extension is the third-largest contract in MLB history, trailing only the extensions signed by Mike Trout and Mookie Betts. The deal will run through the megastar’s age-36 season, and will give him a chance to become the greatest Padre in the history of the franchise.

The aftershocks of this news are still being felt league-wide. It ensures Tatís will be a thorn in the Dodgers’ side for the foreseeable future. It also sets the benchmark for future extensions for the other bright stars in the game (looking at you Juan Soto).

I recently speculated about what an Aaron Judge extension might look like. In that piece, I wondered if Tatís was perhaps shortchanging himself in signing this deal, and I would like to expand upon that a bit further today.

Make no mistake, I do not think Tatís is complaining that he is now $340 million richer. That being said, there is a possibility that he signed at a “discount”. The deal bought out all four years of arbitration for Tatís, and it is reasonable to think he could have set a single-season record in his final year of arbitration if he continued producing at his current pace. Add on top the fact that some were speculating Tatís could have broken the $400 million mark and one would be justified in wondering if he left upwards of $100 million on the table.

One argument could be made that players (especially the ones with the highest earning potential) have a responsibility to accept the best-paying deal possible to increase the market for future players — the degree to which one should subscribes to this obligation is up for debate, with equally valid arguments on either side.

Another argument exists that says a player should not feel compelled to compromise their team’s future spending capacity or limit their suitors due to their contract demands purely out of some altruistic sense of furthering future players’ salaries. To this end, Tatís gave us an insight into his thought process when signing this deal:

“I want the statue on one team,” he told ESPN. “I want to be able to stay on one team and build my legacy over here in San Diego.”

In signing this extension, Tatís secured generational wealth for himself and his family. At the same time, he obtained job security for the next decade-and-a-half playing for the team he loves. The AAV for Tatís’ deal comes in just under $24.3 million, an eminently affordable price for someone who could very well be the best player in baseball in the next two to three years. This allows the Padres to maintain payroll flexibility to bolster the roster around him, ensuring their ability to field a contender year in and year out.

Two weeks ago, my colleague John explored the machinations behind a prospective Gleyber Torres extension, and I would like to revisit that topic.

It must be said that the juxtaposition of Torres and Tatís is an imperfect comparison. Tatís is a far more polished player in almost every facet of the game. He hits the ball harder, barreling it up with much more regular frequency. He is a far superior fielding shortstop and is one of the fastest players in the game.

In contrast, Torres churns out consistently below average quality of contact, lumbers around the base paths, and is a liability with the glove. The one area where he holds an edge over Tatís is in the plate discipline department, whiffing and striking out less while drawing more walks. Additionally, Torres is two years older with just under a year more service time than Tatís. Therefore the Tatís extension is not the ideal model for Torres, however it is still useful when thinking about an extension for the Yankees’ shortstop in the abstract.

Here is a comparison of their percentile rankings in 2019: 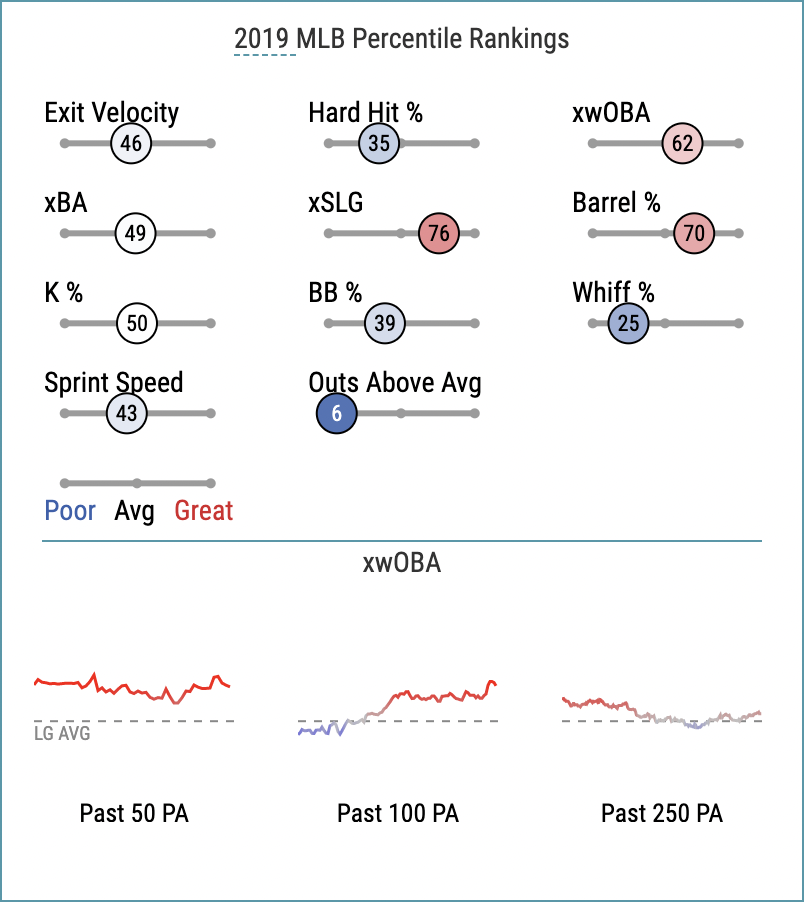 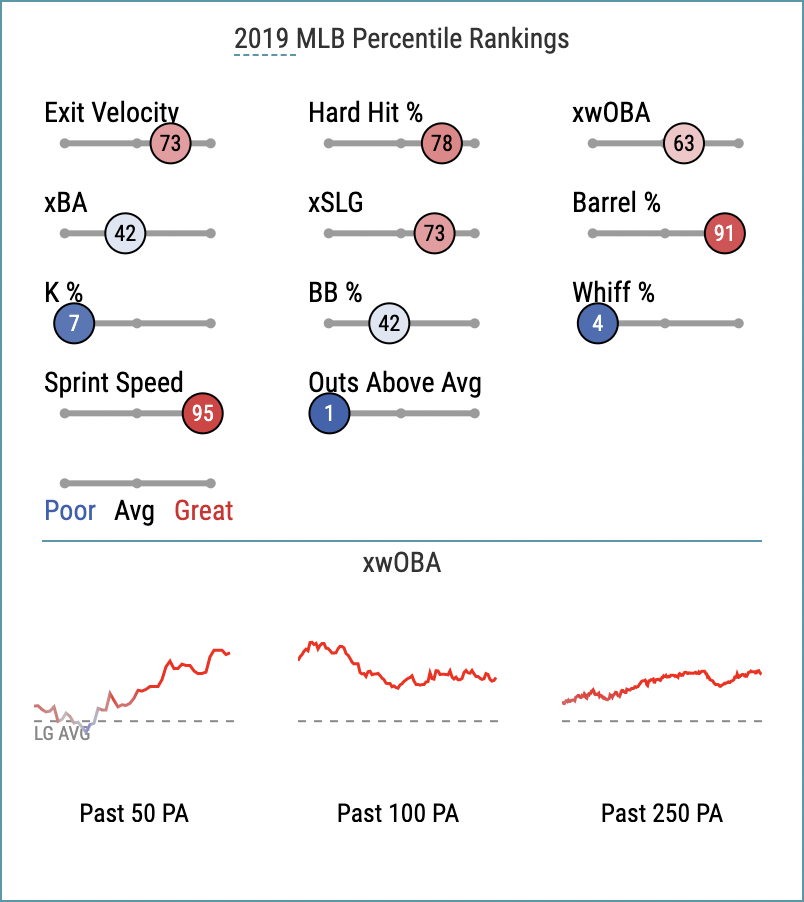 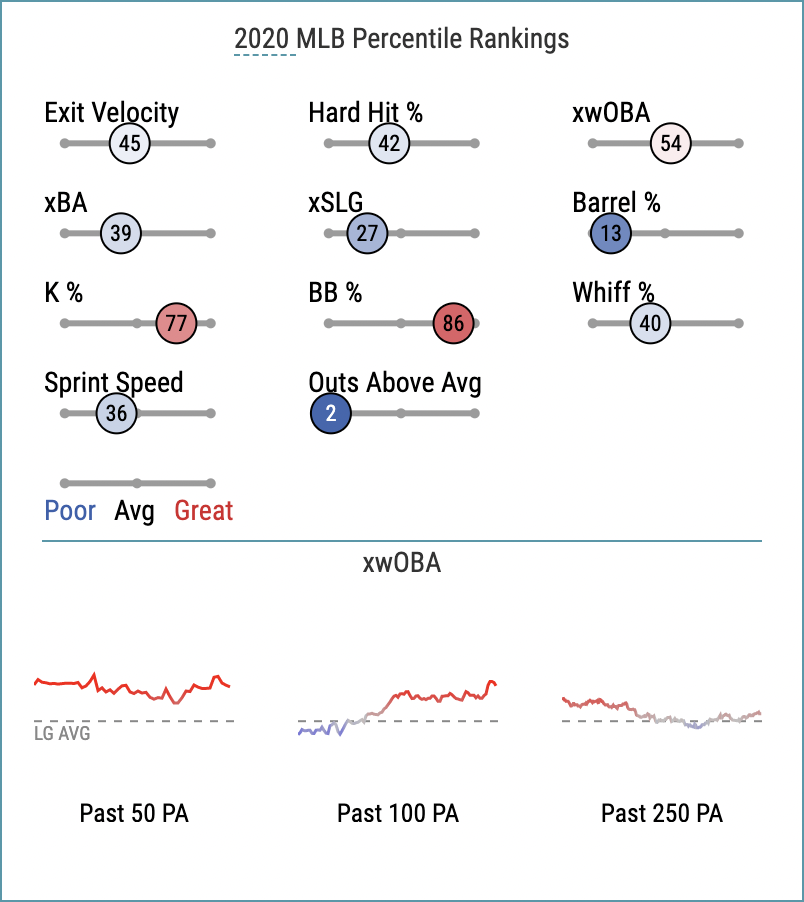 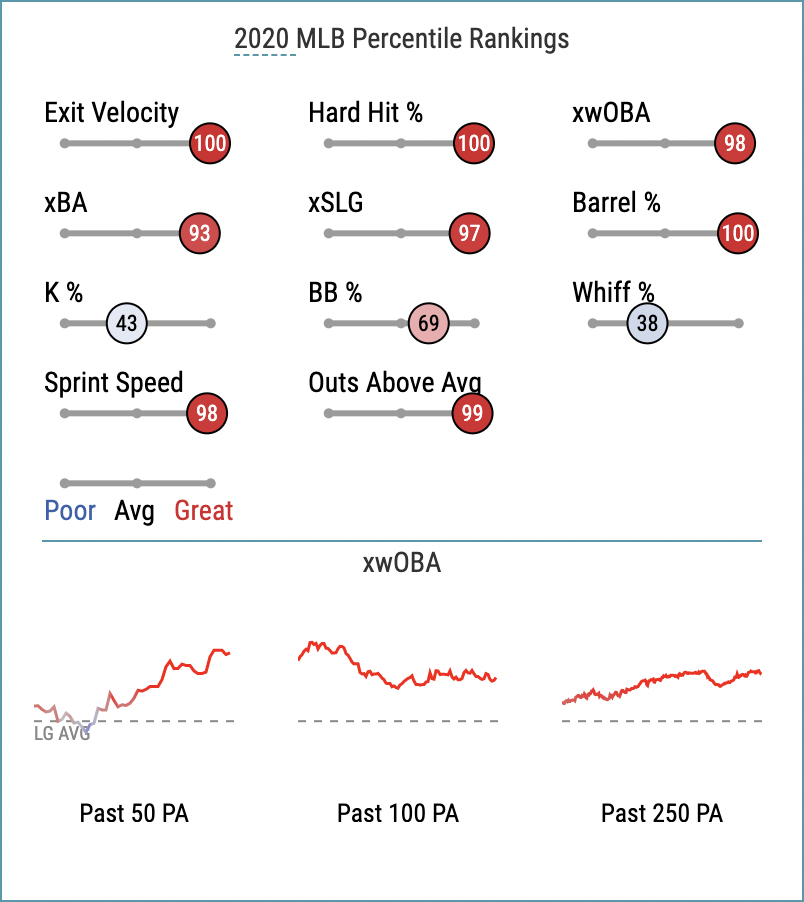 Looking at Tatís’ extension, there is reason for the Yankees to feel optimistic. At the most basic level, the Yankees can feel pretty secure that Torres will not command a total value in the same ballpark. Now looking more specifically at the AAV, one could even say it would be unreasonable for Torres to ask for an amount in excess of the $24.3 million per year on Tatís’ deal, given the far superior ability of the latter. This would situate Torres in the well-paid yet still affordable bracket of luxury tax hits should the Yankees choose to extend him at some point.

If the Yankees decide that Torres is not the shortstop of the future, they still have reason to hope. The shortstop free agent bonanza next winter includes Francisco Lindor, Trevor Story, Corey Seager, Carlos Correa, and Javier Báez. Looking at Tatís’ new deal in the context of other mega-deals handed out recently, it appears total value has plateaued to a degree. Tatís, Mike Trout, Mookie Betts, Manny Machado, Giancarlo Stanton, Gerrit Cole, and Bryce Harper all signed extensions or free agent deals in the $300-$360 million range, so I do not expect the absolute high end of prospective deals for the quintet of shortstops to exceed that range. And given the disparity in ages of that group and Tatís, I would wager that not one will match the overall value of El Niño’s deal — though the AAV may be inflated by a shorter term length.

Tatís’ extension is good for baseball. We’ve seen the faces of three different franchises dealt in the last year — Betts, Lindor, and Nolan Arenado — mostly because their former clubs did not want to pay their salaries. Therefore it is refreshing to see the Padres reaffirm their belief in one of the rising uber-stars of the game. It remains to be seen whether the Yankees will do the same with their core of youngsters, but they can rest assured that any future expense at shortstop — internal or via free agency — will likely be capped by the Tatís deal.