The 30-year-old lefty is one of the few remaining impact starting pitchers on the free agent market.

It’s hard to believe, but there are only two more days left in 2021. The New Year is swiftly upon us, bringing with it a resumption of talks between the union and the owners. However, all indications suggest that the freeze between both sides is far from thawing. With teams unable to negotiate contracts with players until the lockout is lifted, it is likely we’ll see a mad scramble for the remaining free agents as teams try to fill out their rosters between the ratification of the new CBA and the start of the season.

This leaves the Yankees in quite a pickle. They were conspicuous non-entrants into the free agent bidding that preceded the lockout, preferring a clearer picture of the luxury tax under the new agreement before increasing payroll. This course of inaction saw them miss out on all the top starting pitchers — despite the clear need in the rotation — leaving Carlos Rodón and Clayton Kershaw as the best remaining arms, and both with significant injury concerns attached. If the Yankees preferred a player with greater health certainty — though perhaps a lower performance ceiling — they could target Yusei Kikuchi.

Kikuchi had a remarkably up-and-down 2021 campaign. He allowed 15 runs through his first four outings. But then he flipped a switch starting April 29th, pitching to a 2.33 ERA across his next 11 starts en route to his first All-Star appearance. Unfortunately for the lefty, things went south, as he finished with a 6.22 ERA in his final 14 starts, leading to the Mariners declining their four-year, $66 million club option and Kikuchi declining his one-year, $13 million player option to become a free agent.

Teams interested in Kikuchi will no doubt be betting on the upside shown over that 11-game stretch in May and June. Looking at those starts for what made him so successful relative to the rest of the season, the answer is shockingly simple: fastball velocity. His starts from April 29th to July 1st saw a significant uptick in fastball velocity, and the run suppression numbers followed suit:

It’s amazing what a difference just one mile per hour can make. Why Kikuchi was unable to retain that velocity throughout the season is beyond me, however the failure to do so was only the start of his problems. Glancing at his repertoire, one would be justified in expecting above-average performance from the lefty — his four-seamer, slider, and changeup each generated whiffs rates greater than 30 percent. And yet, he gets hit as hard as just about any pitcher in the league, sitting in the first percentile in average exit velocity, third percentile in hard hit rate, and eighth percentile in barrel rate. Therefore, it is a bit mystifying why Kikuchi has failed to translate stuff into results.

In my opinion, the biggest issue for Kikuchi is command. Out of starters with at least 150 inning pitched in 2021, Kikuchi sported the fifth-highest walk rate (9.3 percent). And when he is not having trouble finding the strike zone, he throws far too many pitches over the middle of the plate. There’s no in between with him, it’s either out of the zone or right down broadway, the latter of which probably explains a lot of the hard hit woes.

For visualization’s sake, let’s compare Kikuchi with Gerrit Cole. Granted, in no way am I saying Kikuchi will ever approach Cole’s level, but the comparison is more an illustration of how command, perhaps more-so than stuff, is what separates good pitchers from great pitchers.

Here’s a comparison of their fastball command: 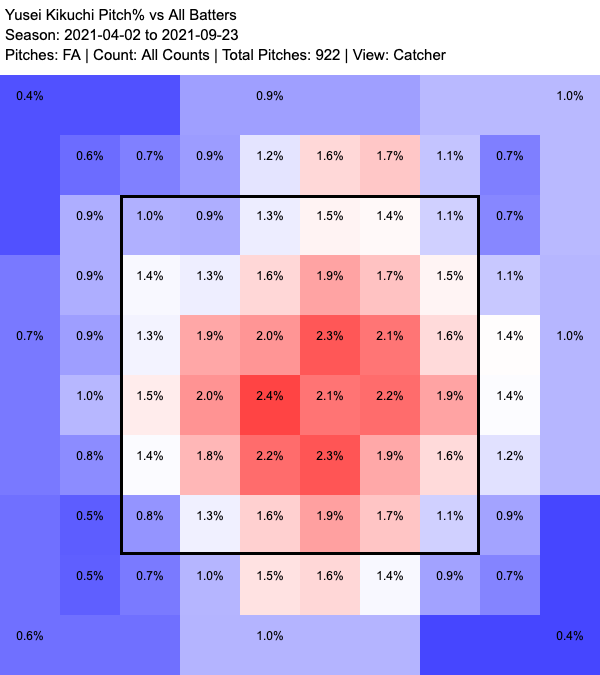 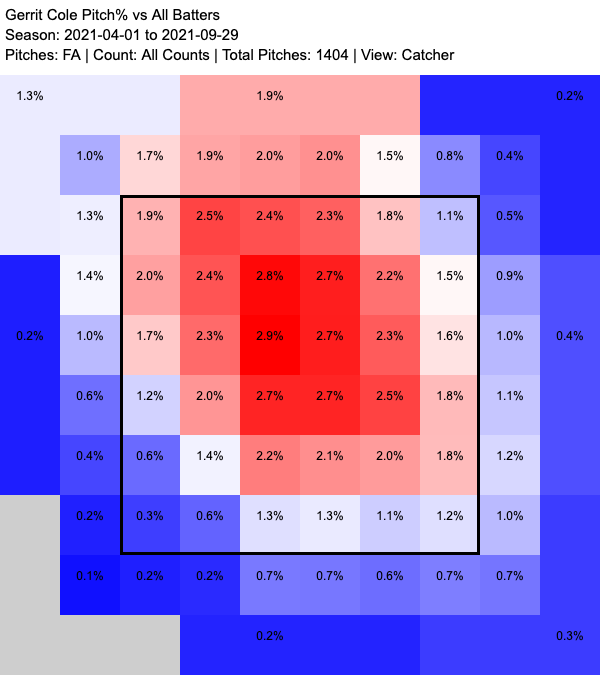 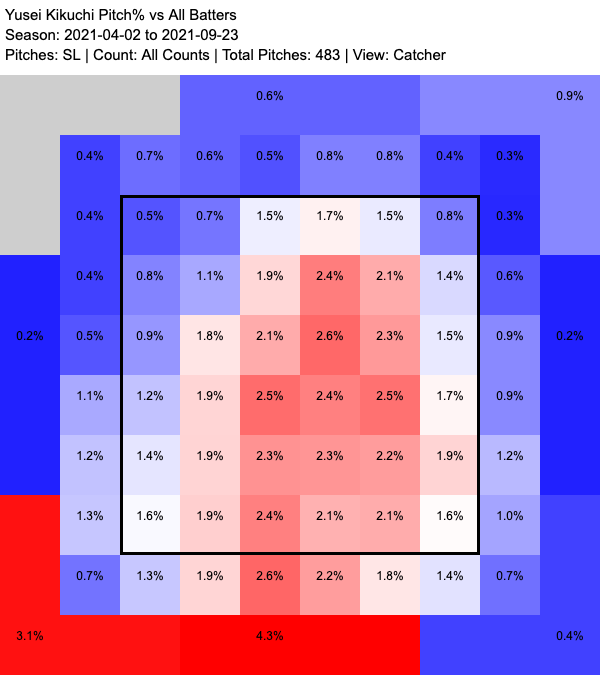 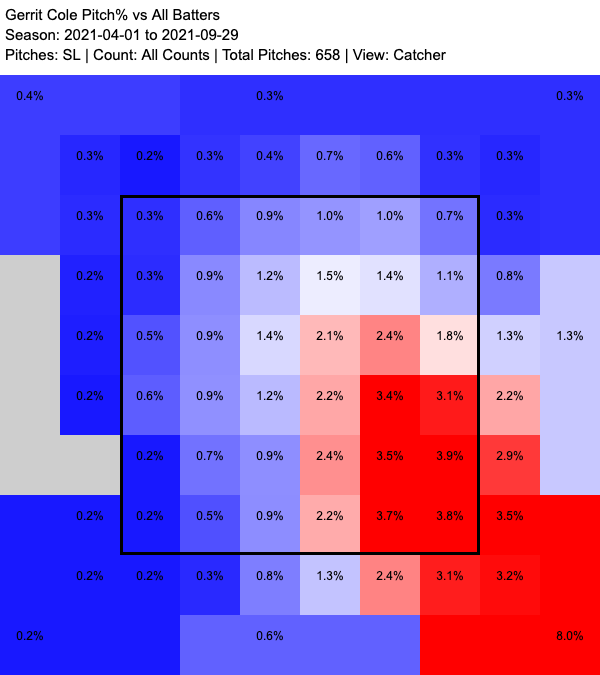 Kikuchi would benefit from locating his four-seamer at the top of the zone. This move would synergize with the movement characteristics of the pitch — in 2020, Kikuchi sat in the 90th percentile in terms of “rise” on the fastball, one spot ahead of Cole. And as for the slider, it would behoove him to reduce the number he throws middle-middle.

At the end of the day, Kikuchi is certainly no ace, nor projects to ever become one. However, as far as back-of-the-rotation arms go, the Yankees could do much worse than the 30-year-old southpaw.