New York might as well do their due diligence, despite the likelihood the veteran lefty winds up back with the Dodgers or with his hometown Rangers.

The Yankees may find themselves in a sticky predicament when the new CBA is ratified. Despite the obvious need for starting pitching, they sat out the free agent frenzy that saw Max Scherzer sign with the Mets, Justin Verlander with the Astros, Kevin Gausman with the Blue Jays, Robbie Ray with the Mariners, and Marcus Stroman with the Cubs. Depending on when the new deal is signed, they may have mere days to fill out their staff, all while competing with a legion of pitching-needy teams for the limited supply of impact starters left on the market.

As of right now, the two most attractive names are Carlos Rodón and Clayton Kershaw. Both come with significantly more risk than many of the starters already signed. I profiled Rodón as a free agent target at the beginning of the month, so today let’s look at Kershaw.

He also just put together his best season from a rate-stat perspective since his best-pitcher-in-baseball run from 2011 to 2016. Among starters with at least 120 innings pitched, Kershaw finished fourth in xFIP, sixth in K-BB%, and tenth in FIP, all while sitting in the 90th percentile or better in walk rate, whiff rate, and chase rate. And he did it using the slider as his primary pitch for the first time in his career.

It has been fascinating watching the evolution of Kershaw’s pitching style from his early days of dominance to the recent years of reinvention. He used to sit in the mid-nineties with his high-spin four-seam fastball, and his deceptive delivery allowed him to throw it often and still overpower batters. He paired that pitch with one of the prettiest looping overhand curves in the game — a pitch reminiscent of fellow former Dodger’s lefty great Sandy Koufax.

In the last few years, as age and injuries sapped the velocity from his fastball, Kershaw steadily upped the usage on his slider to the point that it finally outstripped the fastball in usage in 2021 (47.6 percent to 36.7 percent). Instead of using the fastball to get back into at-bats after falling behind, Kershaw leaned on the slider even when behind in the count, relying on the batter to whiff or chase. Similarly, with two strikes Kershaw almost completely ditched the fastball as a strikeout weapon, instead sticking with breaking pitches to finish batters off. 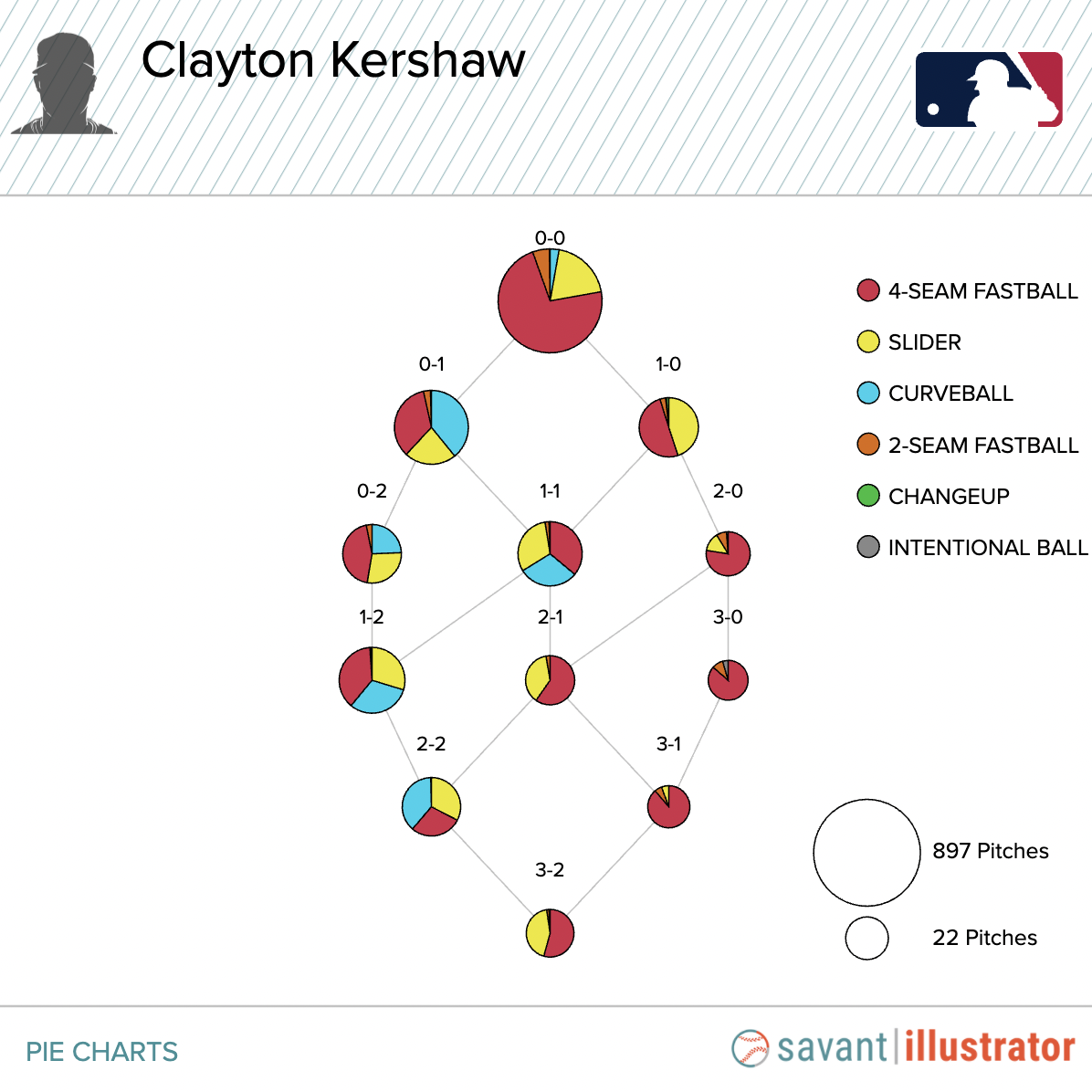 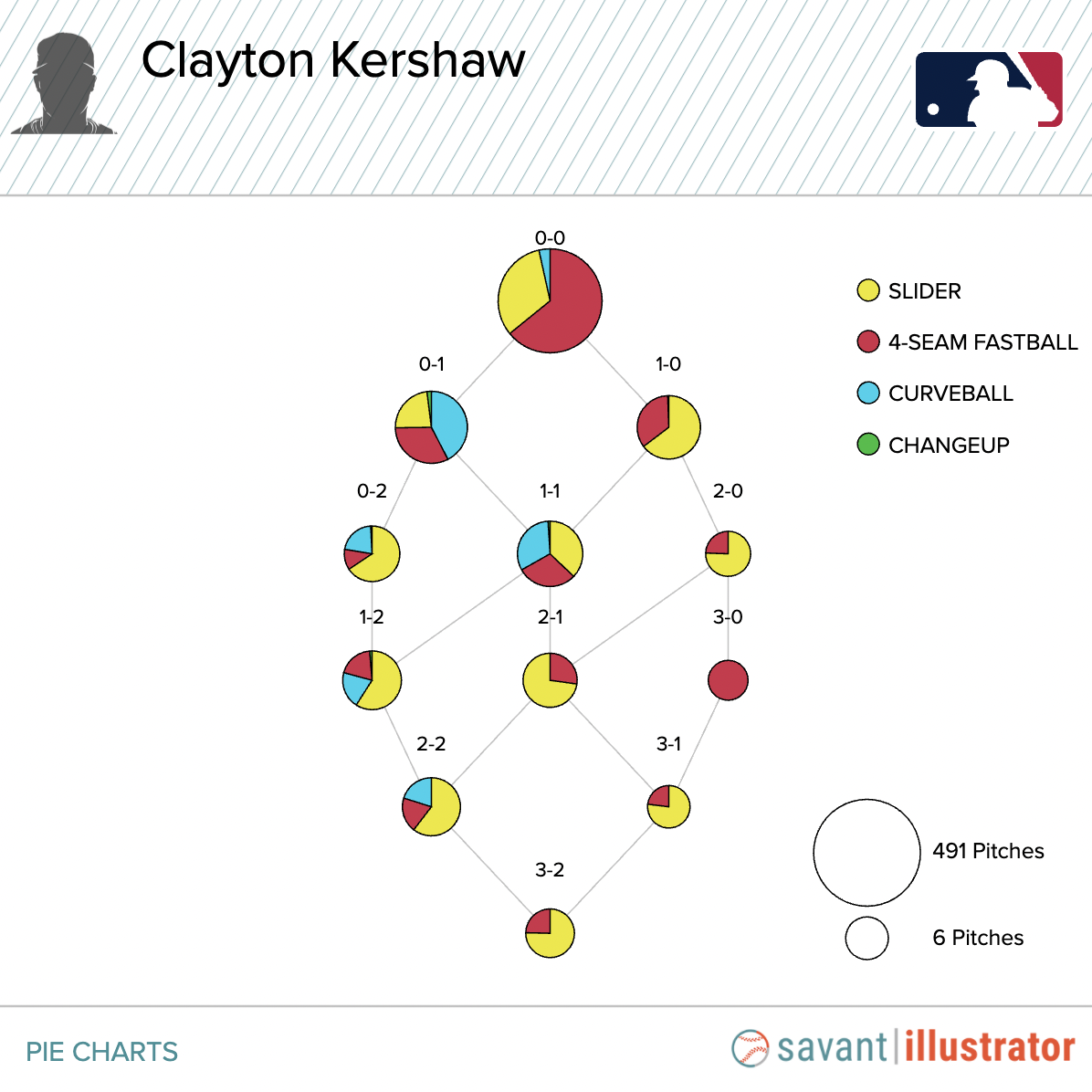 I mentioned injury, and it is something we need to talk about. Kershaw landed on the 60-day IL in 2016 with a herniated disc in his back, missing a further month in 2017 and 2018 with similar back issues. He missed brief spells in 2019 and 2020 with shoulder inflammation and a new back injury respectively. Finally in 2021, he sat out two months with forearm inflammation, and was ultimately left off the Postseason roster despite MRIs showing no ligament damage.

All told, Kershaw has failed to hit the 180-inning mark since 2015 dealing with chronic back issues, and now this latest and perhaps most concerning forearm injury. As I mentioned in my evaluation of Rodón, that the Dodgers — the team that has Kershaw’s most up-to-date medical information, the only team he has called home, whose Pantheon he has cemented himself in — declined to extend Kershaw the qualifying offer represents a serious red flag. Forearms issues are such a worrying area, many times foreshadowing future Tommy John surgery.

And even if Kershaw enters next spring with a clean bill of health, there is no indication the Yankees have shown interest, nor would be able to sign him if they did. Most rumors peg Kershaw for a return to the Dodgers, and if they should pass on the opportunity, a move to pitch for his hometown Texas Rangers.

All signs appear to point Kershaw being an unlikely-at-best target for the Yankees. Still, it can’t hurt to at least check in. He’s only 33-years-old, even if it feels like he’s been in the league for an eternity. IF he makes a full recovery and IF the Dodgers and Rangers prefer to shop elsewhere, the Yankees ought to swoop in. It would be the high-risk, high-reward signing the Brian Cashman so loves, the kind that can transform the rotation from tenuous to terrific if it pans out.