With reports suggesting that Matz could sign as soon as tomorrow, here’s a look at what the southpaw brings to the table.

The offseason is upon us and the Yankees are scouring the market with a laundry list of needs. Shortstop and center field have received the most attention, but there are other positions around the diamond that could use an upgrade while pitching is always a need. We’ve already previewed the top two free agents on the market in Carlos Correa and Corey Seager, so now it is time to direct our attention to the starting rotation. Just like last season, the Yankees are poised to enter the new campaign with Gerrit Cole followed by a selection of starters, each with varying levels of uncertainty attached.

Should the Yankees decide not to shop at the top of the starting pitching market, they could turn their attention to the name that has generated the most buzz in recent days: Steven Matz. Joel Sherman of the New York Posts suggests that Matz will sign as soon as Wednesday while Jon Heyman of MLB Network reports that the 30-year-old lefty has received offers from as many as eight teams. The Yankees are not among the listed suitors, but should they make a late foray into the bidding, let’s see what the Long Island native has to offer.

Matz put together a career year during his lone season with the Blue Jays, amassing a personal-best 14 wins and 2.8 fWAR. His 3.82 ERA, 3.79 FIP, and 3.94 xFIP were the lowest marks since his sixth-place NL Rookie of the Year finish with the Mets in 2016. In other words, he finally realized the potential that tempted the Mets for so long.

These career marks also represent an impressive rebound campaign after a disastrous 2020 shortened season. Even though Matz boasted a career-high 25.4-percent strikeout rate a year ago, by most other metrics he was one of the worst pitchers in baseball. Among pitchers with at least 30 innings pitched in 2020, Matz had the worst home run per nine inning rate (4.11), second-worst fWAR (-0.7) and ERA (9.68), and third-worst FIP (7.76). However, as his xFIP (4.15), home run per fly ball rate (37.8 percent), and strand rate (58.6 percent) all suggested, those poor results were unsustainable and likely to regress closer to career norms.

So what made Matz so successful in 2021? It all starts with the fastball, and most importantly, velocity. After averaging right around 93 mph on the sinker from 2017 through 2019, Matz gained about a tick-and-a-half on the heater, sitting right around 94.5 mph in 2021. The other key for Matz was being able to locate the fastball gloveside more consistently, as well as keeping it lower in the zone. The combination of the extra velocity with the improved command allowed Matz to post a career-best -7 Run Value with the sinker per Statcast. 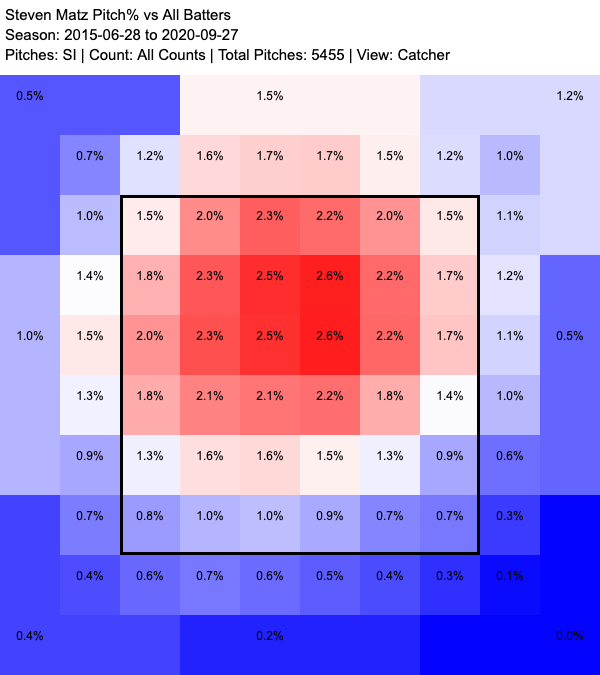 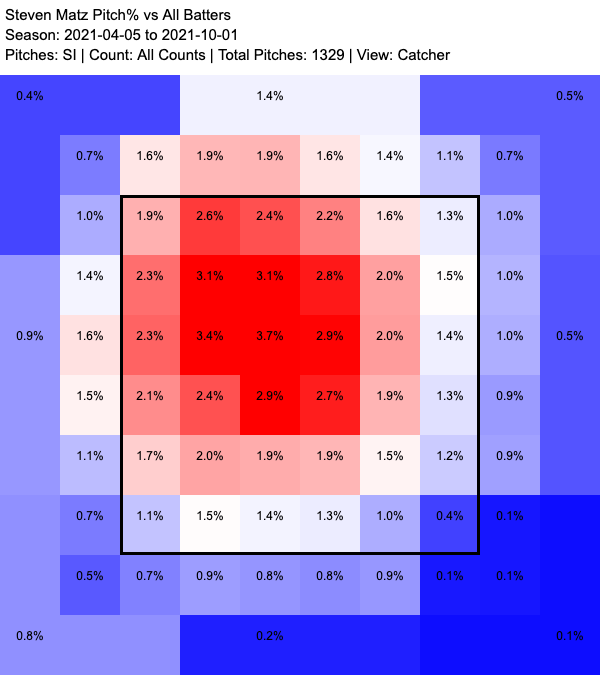 Similar to the sinker, Matz posted a career-best in Run Value with the changeup, this time worth -11 runs per Statcast. He has always possessed an elite changeup in terms of movement profile, routinely near the top of the league in both vertical and horizontal movement. However, in 2021, he appeared to make a concerted effort to locate the pitch below the strike zone, but still over the plate, achieving a nearly 60-percent swing rate and career-best .290 xwOBA against the offspeed. 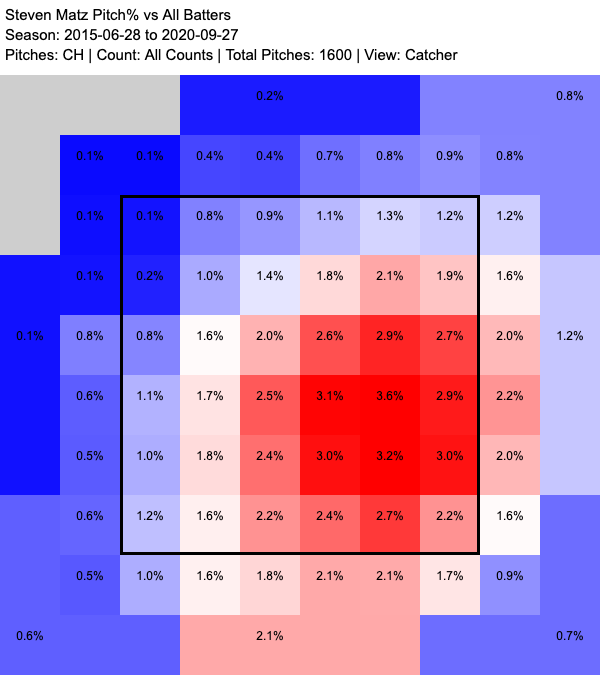 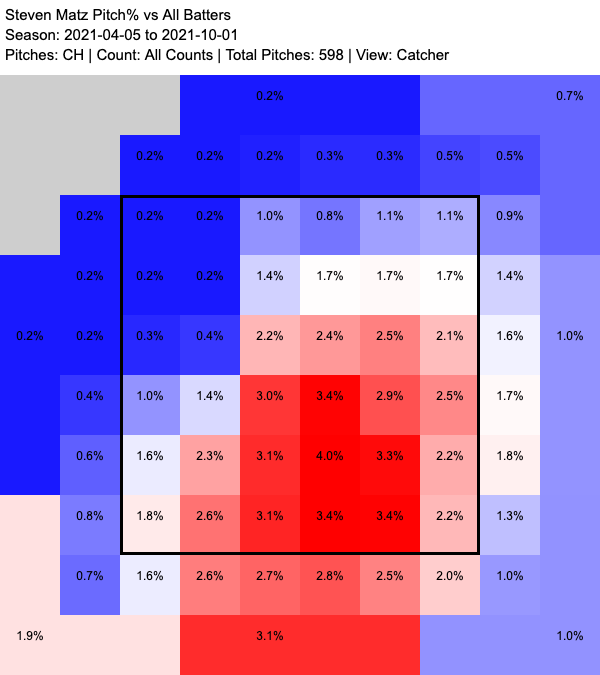 Some might point to Matz’s below-average strikeout, whiff, and chase rates as reasons for concern, however the gains he made in the batted-ball department more than make up for it. Matz routinely sat at or near the bottom quartile in the league in quality of contact metrics. In 2021 however, he

was above-average in exit velocity, hard-hit rate, and barrel rate. He also posted his lowest average launch angle since 2018, allowing him to collect groundballs at a 46.3 percent clip. In short, it appears that Matz exchanged some swing-and-miss for weak contact, and to great effect.

So basically we’re looking at a middle-of-the-rotation arm who has finally figured out what makes him tick. That kind of value won’t come cheap, with FanGraphs projecting a three-year, $42 million deal for the southpaw, while MLB Trade Rumors is a bit less optimistic at three years and $27 million. Given the reports of the competition for his signature, I imagine the final pact will fall closer to FanGraphs’ prediction. Matz can certainly help the Yankees, but given the more pressing needs elsewhere, that may prove too rich for their blood.

Free-agent left-hander Steven Matz is in agreement with the Cardinals on a four-year, $44 million contract, sources tell The Athletic. Chance to make $48M with incentives.

Matz won’t be coming back to New York. He’s joining the Cardinals on a four-year deal.