There is not much money for the Yankees to spend below the luxury tax threshold, and a trade for Gray would not put them into the penalty

The Yankees have conducted a tidy bit of business over the past two weeks, plugging holes on the major league roster while also avoiding the luxury tax threshold. They re-signed DJ LeMahieu, brought Corey Kluber in on a one-year deal, and acquired Jameson Taillon from the Pirates in exchange for prospects. They then sent Adam Ottavino to the Red Sox, freeing up a chunk of space beneath the tax. They allocated $2.45 million of that money to reliever Darren O’Day on Wednesday, which may conclude their additions to the roster this winter.

That being said, the Yankees do have some money left over if they want to make a final move or two before spring training starts. The Yankees’ payroll currently stands at around $200 million according to Joel Sherman, leaving them with roughly $5 million at the trade deadline and another $5 million to spend in the coming weeks. One player who could fit into this remaining budget as well as fill a need on the team is Rockies pitcher Jon Gray.

Gray has been a stalwart of the Rockies’ rotation for much of the last five-plus years, putting up average-to-decent production in each of his full seasons. Since his major league debut in 2015, Gray is 45-37 with a 4.59 ERA, 3.84 FIP, 3.74 xFIP, 692 strikeouts and 13.5 fWAR in 680.1 innings. He is entering his age-29 season with the Rox, and recently agreed upon a $6 million salary in his final year of arbitration.

Prior to last season, Gray possessed a unique skillset that allowed him to thrive even while pitching half his games at Coors Field. His fastball hovered right around 96 mph, placing him in around the 90th percentile league-wide. His FIP and xFIP in particular jump off the page relative to his ERA, with almost a full run drop off. He achieved this by generating above average strikeout (24.5%), walk (7.7%), home run (1.09 per nine), and groundball (47.1%) rates, which is doubly impressive in the thin Denver air.

The reason I qualify the previous paragraph with “prior to last season” is because, well... he had a miserable 2020. His ERA, FIP, and xFIP soared to 6.69, 5.06, and 5.68. His strikeout rate was almost cut in half to 12.6 percent while his groundball rate plummeted to 36.7 percent. He surrendered career-worsts in barrel rate, hard-hit rate, and average exit velocity.

There are a handful of culprits for this regression in form. Chief among those is the nearly two mph Gray lost on his average fastball velocity. As a power-pitcher without eye-popping secondary stuff, each tick of fastball velocity lost makes every pitch that much easier to hit. This is reflected in the elevated hard contact he surrendered, as well as a jump in line drive rate (34.5%) and chase contact rate (54.5%).

Another major contributor to Gray’s struggles was his loss of slider command. The slider is generally Gray’s best pitch, with hitters managing a sub-.300 expected slugging against for most of his career. That number jumped to .460 in 2020, and this is because he lost the pitch in the zone far too frequently. 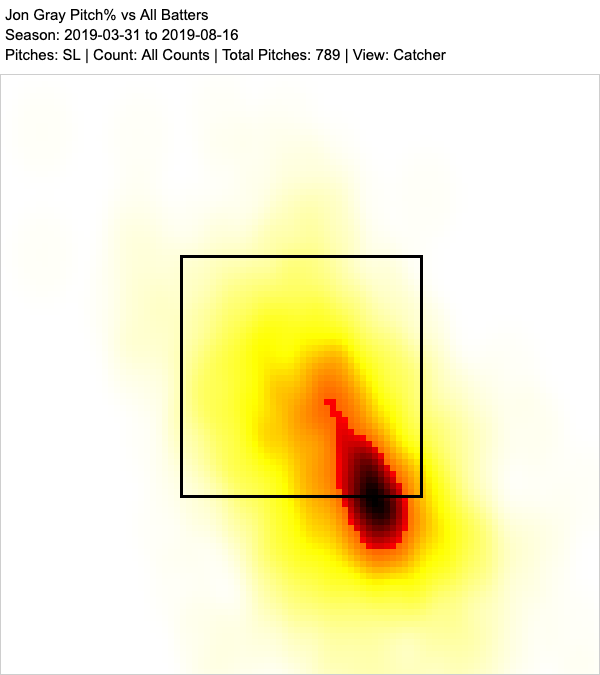 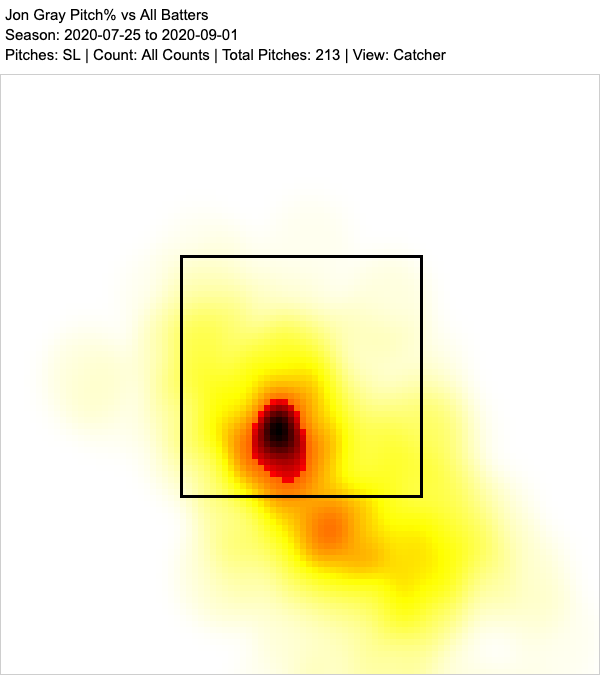 This is not to say that all hope is lost for Gray. His season was shortened by a shoulder injury, and it is possible the diminished fastball velocity was a result of the ailment. Similarly, it’s not that his slider is a bad pitch — it was ranked as the seventh-best slider in MLB in 2019 by Statcast, with a run value of -17 runs — he just struggled to control it last year. If he can recover the velocity on his fastball and rediscover his slider command, he will rebound nicely in the coming season.

Unfortunately for the Yankees, acquiring Gray’s services is not as simple as if he were a free agent. Even if the Rockies are looking to shed payroll, they would probably expect some prospect return. Still, for a team that is shopping its two biggest stars in Nolan Arenado and Trevor Story, the Rockies may have an easier time moving some of their less-notable pieces. The Yankees should maintain their current offseason MO of high-risk, high-upside additions and consider nabbing Gray as insurance for the rotation.