Earlier today, I called on the Yankees to match their offensive outburst last night. They must have heard my call, because they darn well nearly did. It was a rather unceremonious return to the lineup for Aaron Judge, as he went 0-4 with 3 strikeouts, however he could have taken the day off as the rest of the offense stepped up and delivered.

DJ LeMahieu wasted no time in welcoming Aaron Judge back from injury, bombing his major league-leading fifth leadoff home run into the seats in right. He stayed on a 1-0 fastball high and away, blasting the ball 97.4 mph and 339 feet over the short porch. He’s making a habit of this, let’s hope this one dies hard as well.

The Yankees tripled their lead two innings later. Tyler Wade led off the inning with a single ripped to the right hand side and off Vladimir Guerrero Jr.’s glove. Kyle Higashioka stepped up and promptly deposited the first pitch he saw over the fence. Higgy barreled up the middle-middle two-seamer and launched it 105.9 mph, 428 feet to straightaway center, making it 3-0 Yanks. Did you guys know he had this kind of pop in his bat? Because I sure didn’t.

Clint Frazier got in on the action the next inning with a solo shot of his own. He jumped all over a 2-0 fastball down and in, clobbering a no-doubter 102.2 mph, 398 feet into the seats in left to make it 4-0 Yankees.

I think there can be no doubting that DJ has rediscovered his power stroke from last year as he hit his second home run of the game off Roark. Coming on a nearly identical pitch to his first homer, this time it was a two-run shot after Gary Sanchez reached on a single. DJ slapped the ball 98.2 mph, 360 feet once again into the seats in right to increase the lead to 6-0.

The DJ is playing deep cuts only tonight. pic.twitter.com/prmvalzvvU

Here are the two pitches hit for homers by LeMahieu. “Paging Tanner Roark, you might wanna try something else, because it ain’t working so far against LeMachine.” 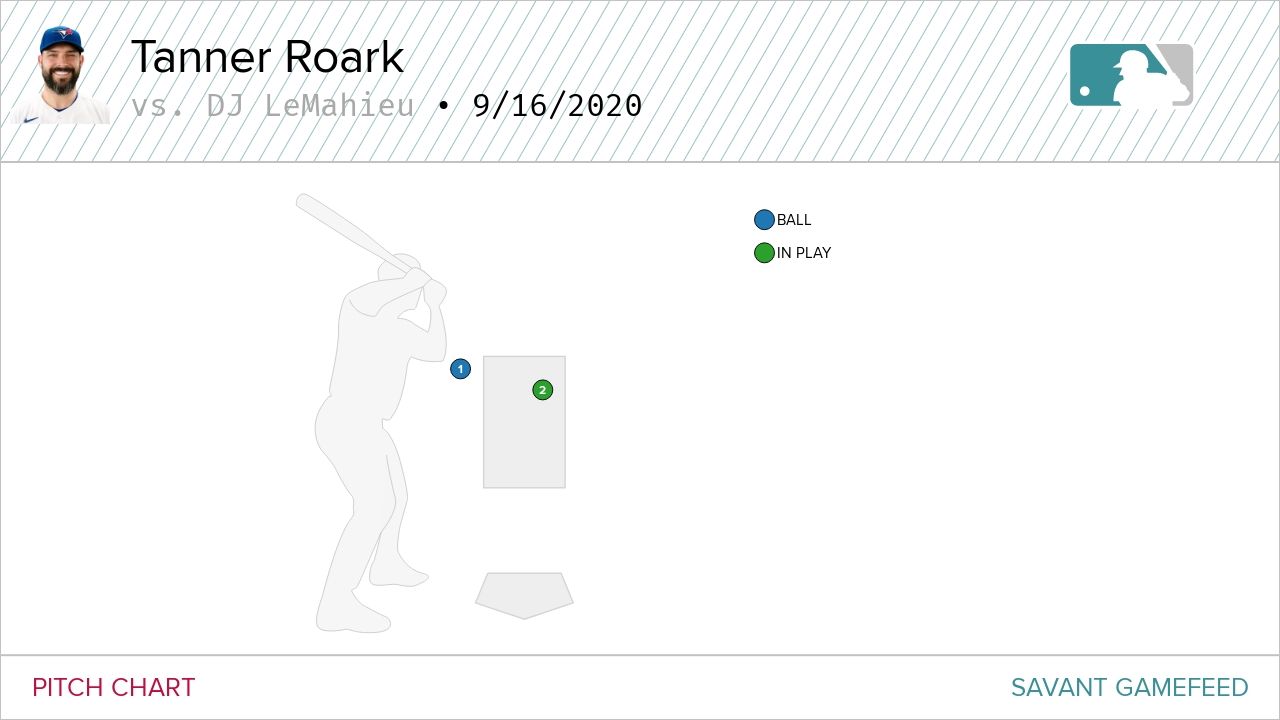 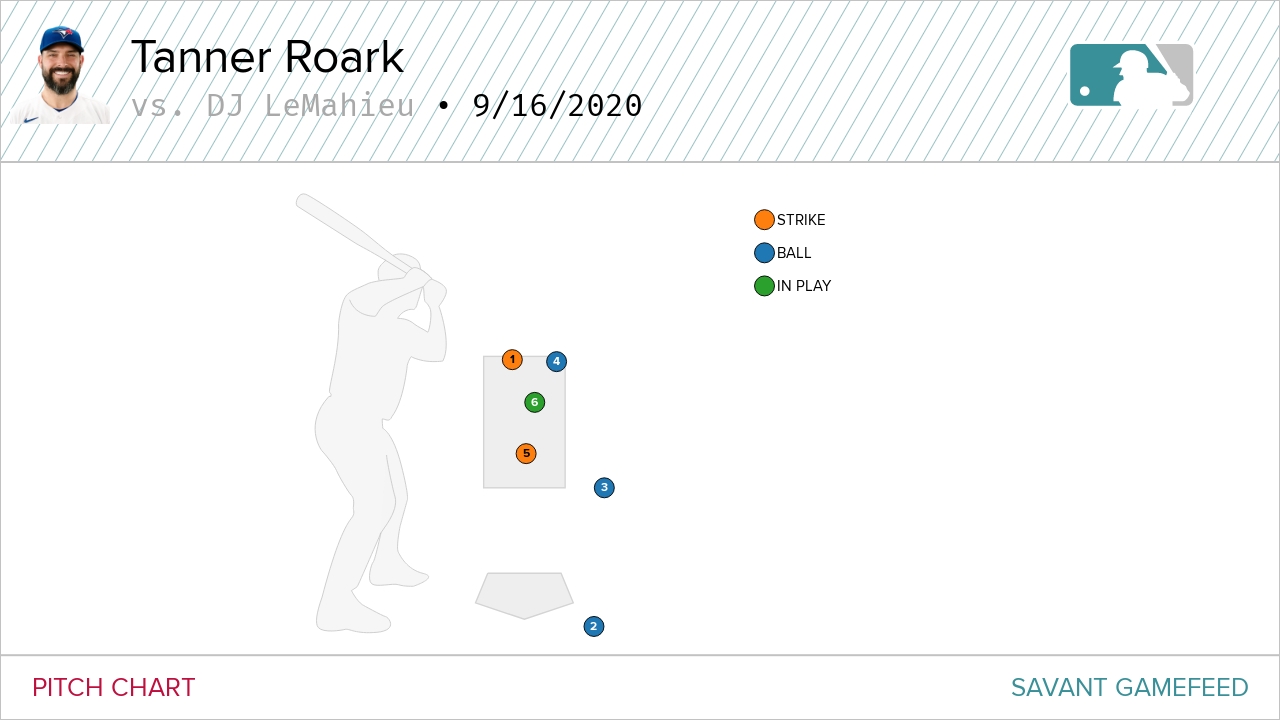 But wait, there’s more! Higgy said hold my beer, as he too added his second home run of the game, this one coming off reliever Jacob Waguespack in the sixth. Higashioka pummeled an elevated 1-1 changeup 101.7 mph, 381 feet into the seats in left.

It's another Hig Fly pic.twitter.com/ACwAPaq2X2

Following LeMahieu’s third extra base hit of the game - this one a double ripped down the left field foul line - and an Aaron Hicks walk, Voit decided that six innings was a long enough wait to get in on the action, and boy did he. His three-run moonshot to left apparently broke Statcast, as the Baseball Savant Gamefeed had neither the exit velocity nor distance available. Sorry folks! I can tell you that it had an 47 degree launch angle and a seven(!) second hang time. Voit is wading into the realm of absurdity with some of these dingers, and widens his lead atop the major league home run leader list.

Higgy was adamant that no one would steal his show. So what does he do? He hits the trifecta! This was his first career three home run game and he becomes the first Yankee to achieve the feat since Gary Sánchez did it against the Orioles last season. Higgy’s final flourish was an opposite field job on a 1-0 grooved fastball from reliever Héctor Pérez. It was crushed 103 mph, 402 feet to right making the lead 13-1.

With all of the home runs raining down, it was easy to lose sight of another overpowering performance from Gerrit Cole. He opened the game with five no-hit innings, as Danny Jansen was the only allowed baserunner on a walk. Cole made mincemeat of the Blue Jays lineup, who looked thoroughly overmatched, and this allowed Cole to be super pitch efficient.

While not necessarily striking out every batter, Cole nonetheless had the Jays’ batters right where he wanted them, inducing tons of soft contact. His final line of seven innings, three hits, one run, two walks and eight strikeouts would have done the job even without the offensive display. If pairing with Higashioka as his personal catcher is what turned things around for Cole, I’m all on board. Especially if Higgy’s bat is for real.

The Yankees broke a franchise home run record with this win, as it is the first time they have hit 6+ home runs in back-to-back games. And with the win over the Jays tonight, the Yankees widened their second place lead in the division to 1.5 games. Join us tomorrow night as Masahiro Tanaka and the Yankees will try to sweep the series.