In light of the contracts recently signed by other club veterans, the price paid for Brett Gardner may appear steep.

Share All sharing options for: The Yankees didn’t overpay for Brett Gardner

Days after Gerrit Cole signed his record-shattering deal, Yankees’ stalwart Brett Gardner agreed to a one-year, $12.5 million guaranteed contract. This came as no surprise, given the impending absence of Aaron Hicks as he recovers from Tommy John surgery and Gardner’s importance as a clubhouse leader after CC Sabathia’s retirement. Three other one-club players have also signed deals to remain with their teams, though for considerably less money than Gardner. So, did New York pay the Yankees tax to retain him?

Alex Gordon, Ryan Zimmerman, and Adam Wainwright are all club heroes whose considerable efforts contributed to World Series wins for their respective franchises. As a reward for their loyalty, and in varying degrees for their recent performance, all three were brought back on one-year deals by those teams. Gordon signed a $4 million pact, Zimmerman re-signed for $2 million, and Wainwright inked an incentive-laden $5 million deal.

What can each of these players supply to their teams in 2020? Gordon’s value derives in large part from his wizardry in the outfield. Zimmerman missed the majority of the regular season due to injury, but produced in several key spots in the postseason en route to the Nationals’ first ever World Series title. After losing considerable time to injury in three of the previous four seasons, Wainwright bounced back in 2019. By averaging the Depth Charts and Steamer projections for 2020, Gordon, Zimmerman, and Wainwright can expect to provide 1.1, 0.5, and 1.5 WAR respectively.

Operating under the assumption that one WAR is roughly equal to $8 million on the free agent market, Gordon, Zimmerman, and Wainwright all signed team-friendly contracts, with an ounce of sentimentality involved in each. Compared to the deals signed by those three players, it seems Gardner extracted a premium price out of the Yankees. However, with 1.8 WAR projected for the 2020 season, there is a chance Gardner outperforms his contract.

Aided by a redeveloped approach at the plate and a possibly juiced baseball, Gardner produced a career year offensively, sporting an .829 OPS (117 OPS+) while mashing 28 home runs. Rabbit ball or not, Gardner’s elevation in launch angle from 8.4 degrees in 2018 to 13.6 degrees in 2019 certainly aided this achievement. He also became more of a dead-pull hitter, exceeding his career average by almost eleven percent at 44.3 Pull% in 2019.

Gardner has always excelled on the base paths. Despite posting the lowest stolen base total since his injury-shortened 2012 season, Gardner still added 4.6 base runs in 2019 per FanGraphs. Gardner’s exceptional home plate to first time on competitive runs (See: Baseball Savant for explantation on competitive runs), ranking 22nd out of 510 qualified players, accounts for this. In fact, his average home plate to first time of 4.06 seconds ties him with the likes of Trea Turner and puts him ahead of Tyler Wade. Looking deeper, amongst players with at least fifty competitive runs, Gardner ranks 17th, with the next-oldest player ahead of him on the list being Dee Gordon at 31. This statistic alone exemplifies Gardner’s commitment to maximum effort and hustle on every single play (as evidenced by the occasional ill-advised head-first slide into first base).

Perhaps Gardner’s most valuable assets as a player are in the the outfield. He is a plus defender in both left and center, ranking in 72nd percentile by Outs Above Average. This is aided by his still-elite sprint speed in the 91st percentile of baseball, as well as his savvy when navigating the grass. The experience accumulated over a decade-plus roaming the cavernous depths of Yankee Stadium’s left-center field allows him to take the most efficient routes to the baseball. 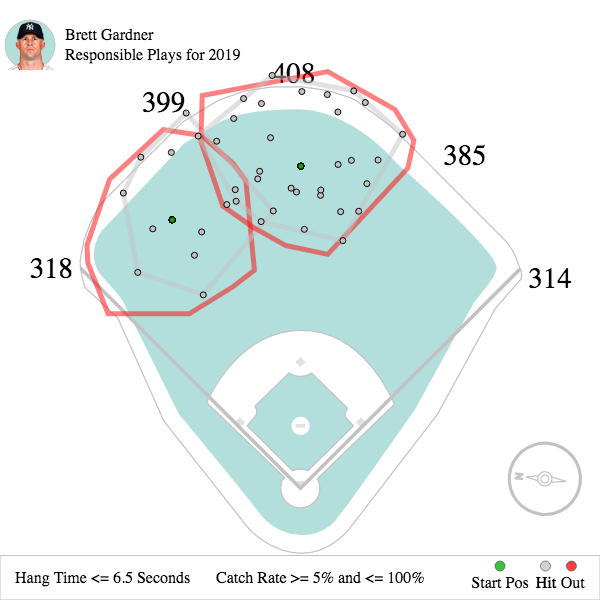 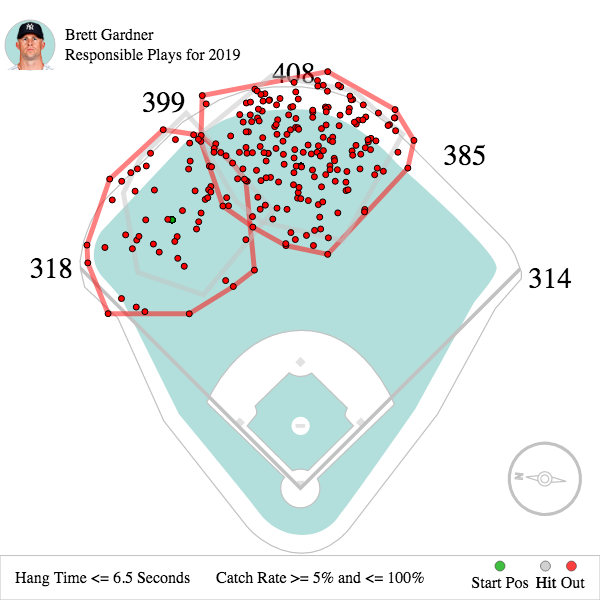 It is clear Gardner made plays all over the field, however, his contributions off the field carry equal importance. His bouts of bat pounding became a rallying cry for the team and a show of unity by his teammates. It elicits comparisons to Todd Frazier’s thumbs-down, except this had more edge and substance. It represented an understanding that they were being held to a higher standard, and therefore given shorter leash. It stood as an acknowledgment of the importance to staying true to their mission and identity.

A player’s value cannot always be measured in dollar signs or stat lines. The Yankees’ bulldog and lone remaining 2009 World Series winner on the roster, Brett Gardner embodies the grit and fire it takes to win a championship. He has been a model Yankee on the field and in the clubhouse, and will be instrumental in the Yankees’ pursuit of number twenty-eight.