The budding superstar took a step back in 2020, throwing the long-term middle infield plans into question.

This was probably the hardest grade to assign. On the one hand, Gleyber Torres fell woefully short of the lofty 38-homer standard he set in 2019. On the other, he has still yet to turn 24 and showed some signs of maturation in the shortened season. There was plenty of good and bad offered in that 2020 campaign.

Starting with the positives, Torres improved greatly when it came to plate discipline. He raised his walk rate from a league-average 8.3 percent over the previous two seasons to an impressive 13.8 percent, good for 86th percentile in MLB in 2020. He also cut down on his strikeouts, improving from his previous career average 23.3 percent to 17.5 percent in 2020, placing him in the 77th percentile.

The other encouraging takeaway from this season was that Torres once again showed up in the playoffs. After batting .324/.375/.703 with a 177 wRC+ in the 2019 postseason, he took it to another level in 2020. His line of .435/.567/.696 with a 246 wRC+ made him the second-most productive Yankee in the postseason after Giancarlo Stanton. That is two years in a row now that Torres has proven he can be counted on to come through in the highest pressure moments of the season.

Now, on to the bad. It’s well-known how dismal Torres’ fielding at shortstop has been in the majors, so there is no need to throw out endless statistics that tell the same story. Suffice to say, his -4 OAA at shortstop placed him in the second percentile in the league. Perhaps more worrisome is the fact that his lack of improvement at short places uncertainty on the future construction of the middle infield.

It is troubling that there has been no upward movement in Torres’ defensive capabilities despite the widespread understanding that he needs to get better. That teammate Clint Frazier was able to take such a massive leap in his defensive development while Torres has seemingly gone backwards adds to the problem. His manager’s comments raise the question of his effort to improve. “I just think it’s going to come down to, as you know at shortstop, such an important part of that position is the routine and getting great at the routine,” said Aaron Boone, making one ponder the work going on behind the scenes.

In the same interview, Boone also suggested that Torres could move back to second base, which complicates the Yankees’ pursuit of team MVP and fan favorite DJ LeMahieu in free agency. If the Yankees are not convinced that Gleyber can become a competent shortstop, it only makes sense for them to move him back to second, where his defensive shortcomings are less of a liability to the team. They could do this with an eye on the loaded free agency class of shortstops in 2022, thus leaving LeMahieu without a spot on the team.

The biggest area of concern is in the batted-ball department. Torres’ barrel rate plummeted from 10.1 percent in 2019 to just 3.7 percent in 2020. As a result, his expected slugging percent fell from .501 to .379, while his ISO was more than cut in half. How is it that Torres’ expected slugging and barrel rate dropped so precipitously, even though his exit velocity and hard hit rate remained relatively stable? 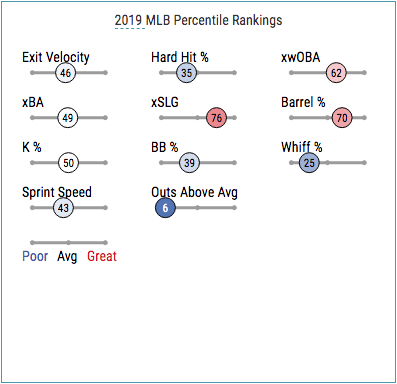 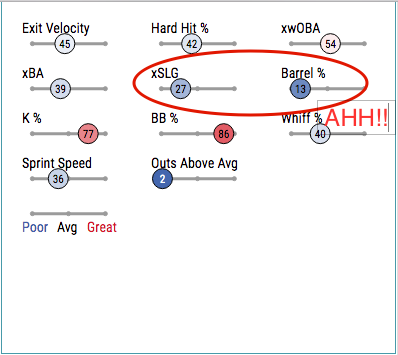 Even though he never reached elite exit velocities, Torres achieved solid contact more often than not, leading to the stellar results we saw in 2019. That was not the case in 2020, as Torres was far less capable of squaring up the ball. This is reflected in a decrease in hard-contact rate from 39.5 percent to 30.6 percent and corresponding increase in medium-contact rate from 45.6 percent to 55.6 percent from 2019 to 2020.

This is quite alarming, not just regarding his 2020 season, but his career overall and his projected production going forward. Torres wasn’t projected to be a 30-homer guy as a prospect, and has never posted better-than-average exit velocity or hard hit rates in his three years in the majors. How sustainable were his 2019 numbers, given the consistently middling quality of contact he has managed throughout his career?

These are all questions the Yankees will have to answer over the coming years, and their activity in the free agent market will be quite revealing. If they bring back LeMahieu, that would pretty much indicate that they are willing to put up with Torres’ below-average glovework at short. However, if the Yankees do not make a legitimate attempt at retaining the Machine, Gleyber’s days at shortstop could be numbered.

These were all issues that Torres could have made obsolete with a strong 2020 season. However, his regression in the shortened season only muddied the waters for the Yankees.