While the surface-level numbers paint an ugly picture, there is still reason to be encouraged by the righty reliever

Heading into the season, the Yankees were hoping Jonathan Holder would take the next step in his development. After losing Tommy Kahnle for the season to Tommy John surgery, it was doubly important that Holder or another reliever could fill that gap as a trusted high leverage reliever. For the most part, Holder acquitted himself well. However, his final three appearances marred what was otherwise a solid season, and once again threw his reliability into question going forward.

The Good: Through his first fifteen appearances for the Yankees, Holder was actually one of the more effective arms out of the bullpen. In 17.1 innings pitched, he sported a 2.08 ERA while holding batters to a .635 OPS. The next three outings sunk his overall season numbers, but for the majority of 2020, Holder pitched quite well.

This exemplifies how wildly numbers can skew in a small sample size.

I was also surprised to learn that Holder possesses some of the better raw stuff in MLB. His slider had the second-most downward movement in all of MLB, while his cutter exhibited 99% more horizontal break than league average. He managed to cut his average launch angle in half relative to the rest of his career, and correspondingly posted the best groundball rate of his career at 50%. Holder’s changeup usage and effectiveness both ticked up, as it generated the highest whiff rate of any of his offerings.

The Bad: Holder’s Achilles heel, even dating back to last season, is the frequent loss of command, especially with the fastball. If you cannot throw strikes with your fastball with any sort of consistency, you will have a hard time getting hitters to chase your breaking pitches, no matter how much your stuff moves. This lack of command manifested itself in his end-of-the-year blowup outings. He could not keep batters off the basepaths once he fell behind in the count, and even when he managed to get ahead in the count, he failed to put batters away.

This is reflected in his walk and strikeout rates. His 10.9% walk rate was his highest mark in the last four seasons, and more than 2.5 points higher than league average. The lack of strikeouts is even worse. The 13.9% rate he posted situated him in the bottom four percent in the league, and was more than ten points lower than his average strikeout rate over the previous three season. You do not need to be an expert to know that high walks with low strikeouts is a recipe for disaster, especially as a reliever.

Suggestions: It goes without saying, Holder has to start commanding his pitches on a more consistent basis. This begins with the fastball. Holder missed his spots far too often, either wasting noncompetitive fastballs out of the zone, or grooving them right down the middle. Because he lacks elite velocity, he needs to sharpen his ability to either locate them at the very top of the zone, or live on the corners. 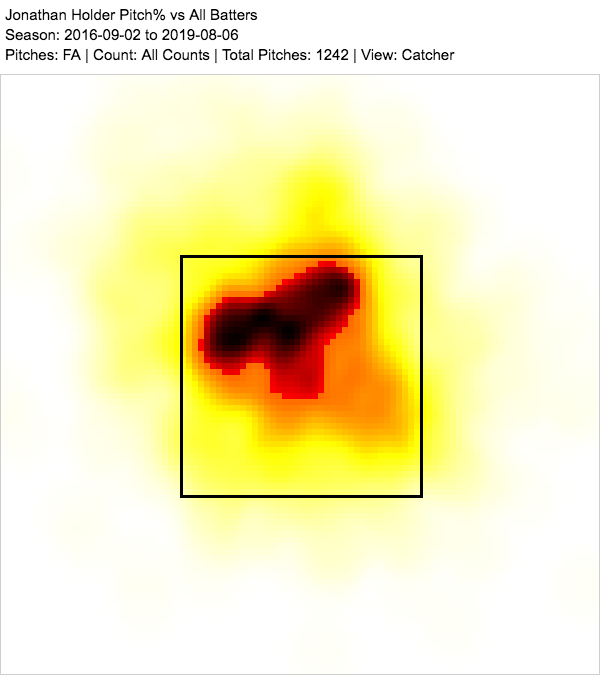 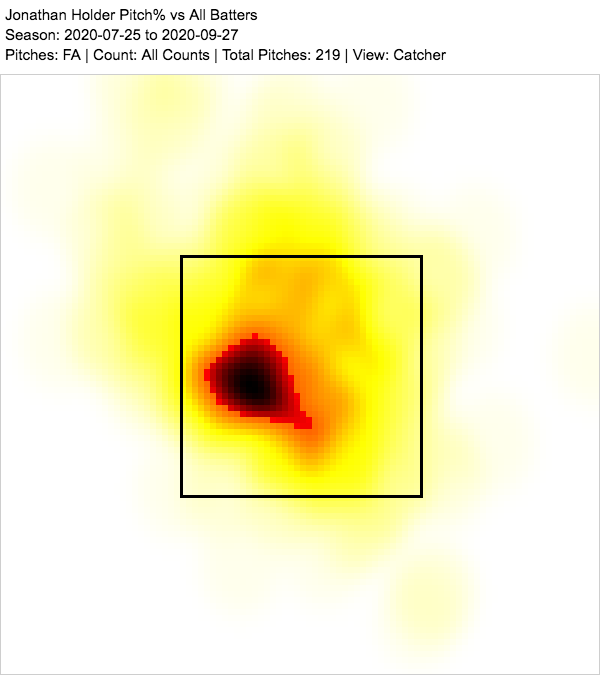 Once he irons out the issues with his fastball, other pieces will fall into place. As he gets ahead in counts more often, he will be able to go to the sharp-breaking slider and cutter to force hitters to expand the zone. When you have two pitches as nasty as those, you should be throwing them more frequently than the ~10% usage rate in 2020.

Jonathan Holder was actually fairly effective for the Yankees in 2020, save for the three-game skid he hit at the end of the regular season. Unfortunately for Holder and the Yankees, those three miscues sowed enough doubt in Aaron Boone’s mind to not trust him in the playoffs. The Yankees sure could have used another reliable arm in the ALDS, and with potential budget restrictions looming, they will need to squeeze as much production as they can out of Holder in 2021.