Didi Gregorius is back to normal

There was an adjustment period, but the Yankee shortstop has regained form.

Share All sharing options for: Didi Gregorius is back to normal

It’s no secret that the Yankees have a tremendous amount of talent up and down the lineup. When everyone is healthy, or even with injury replacements slotted in, there isn’t an easy out in sight. Two things do stand out about the Yankees lineup, though; they are majority right-handed, and most of them strikeout more than 20% of the time. Fortunately, the Yankees have found two hitters this season who have been able to use their contact skill from the right side of the plate to help break that trend in DJ LeMahieu and Gio Urshela.

Before Urshela and LeMahieu, there was Didi Gregorius. Not only does Gregorius provide a different look in the lineup as a left-handed hitter, but he is continuously one of the most difficult hitters to strike out in all of baseball. Since joining the Yankees in 2015, considering players with more than 2500 plate appearances, Gregorius has the ninth-lowest strikeout percentage. Combined with a 5.3% walk percentage in that span, Gregorius simply isn’t settling for a walk or strikeout, he wants to put the ball in play. Uncharacteristically, during Gregorius’ return from the injured list this season, his contact skill took some time to get back on track. 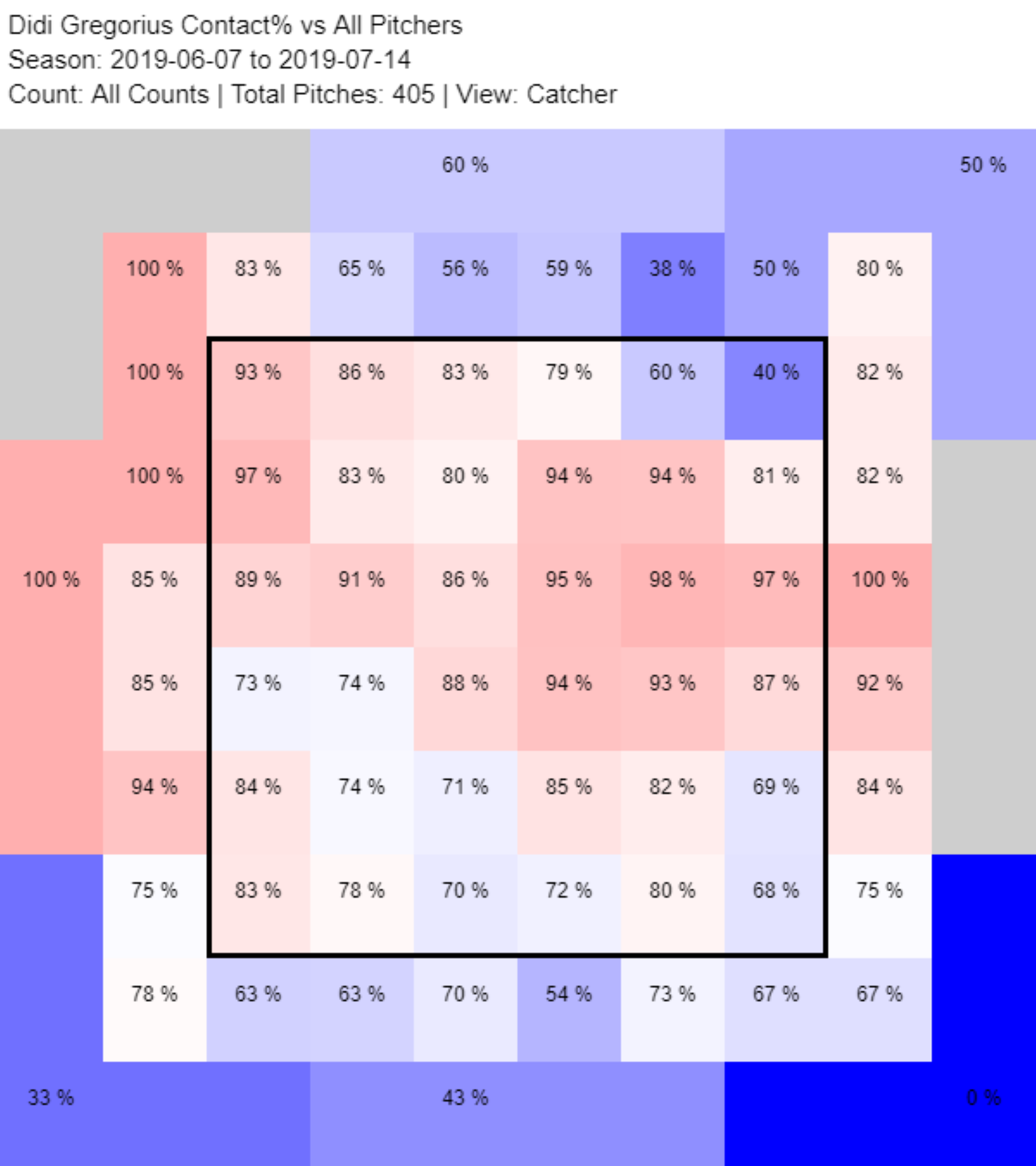 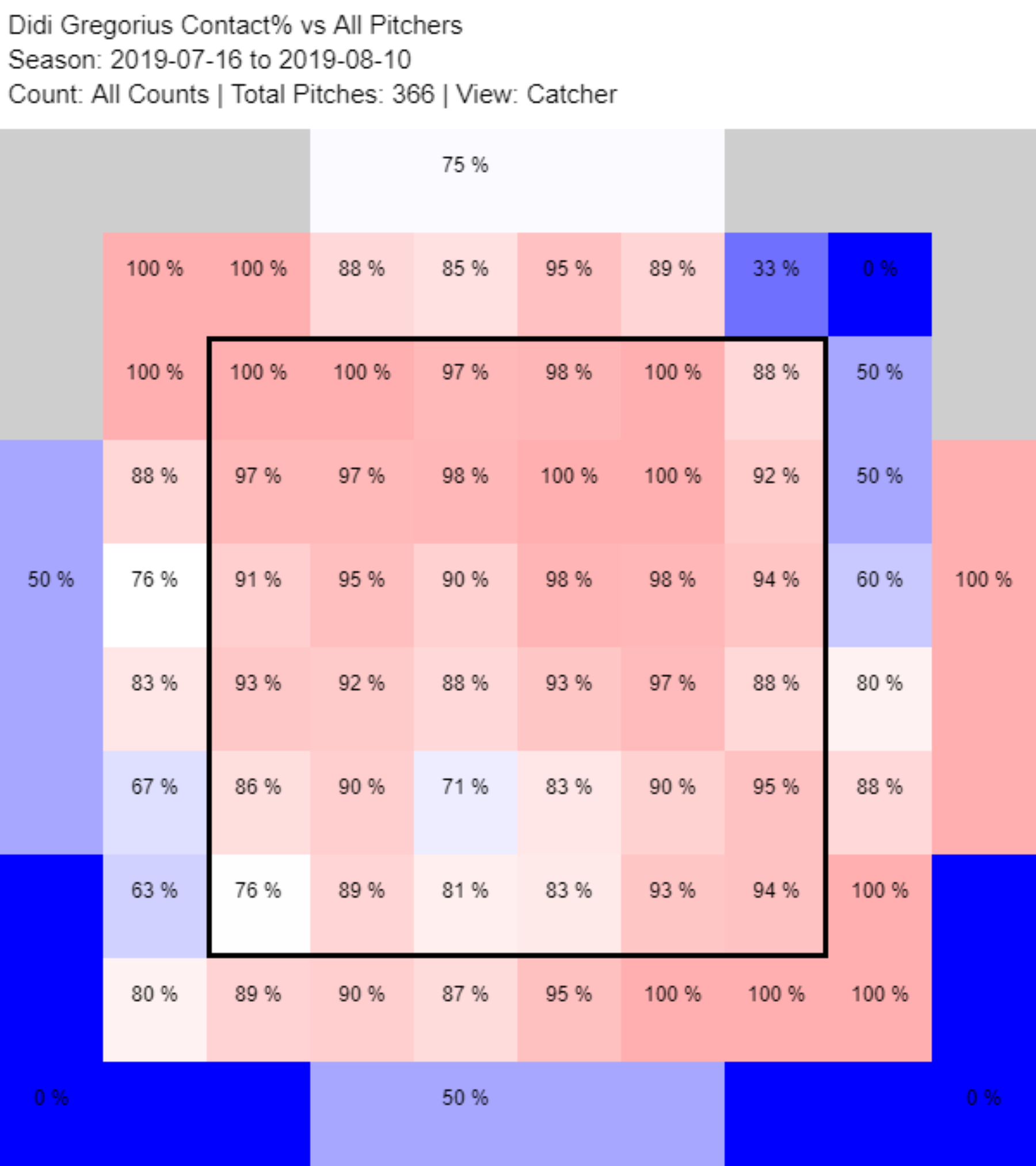 Overall, Gregorius has improved his contact percentage over the whole plate, but the most glaring part is the upper half of the strike zone, considering he’s boosted his contact rate above 90% in each area at the top of the zone. It took him a little over a month to get his contact ability back into form, but since July 16th, Gregorius has performed like his usual self.

Along with the rise in contact, Gregorius’ isolated power numbers have gone up as well. He’s missing fewer pitches, making better contact, giving himself more opportunities to put the ball in play with power, something he wasn’t able to do before because he was swinging under pitches in the upper half of the zone. Take this clip versus Colin Poche of the Tampa Bays for example.

As Gregorius makes the initial toe-tap, he raises his left elbow, loading for the swing. His hands slightly drop during the process and move back farther into his left half. At this moment Gregorius has raised his left elbow to about the same height of his left shoulder with his hands away from his chest preparing to come towards the ball.

What we start to see is Gregorius dropping his left elbow under the plane of his lead elbow, while at the same time turning towards the zone, bringing his arms into the equation. You can see he has dropped the barrel of the bat under the level of his hands and must use his hands to work up towards the ball. By the time Gregorius dropped his left elbow, started going though the zone, then attempted to go upward using his hands to get on plane with the ball, it was too late, and Gregorius swung under the ball.

Now that Gregorius has started to hit like himself again — using a Rick Porcello plate appearance as an example — we basically see a shorter swing. Gregorius is no longer raising his back elbow as high, his hands are not moving back as much, and when he comes toward the ball, he’s able to keep the barrel of the bat over the plane of the ball, then swing through the ball. 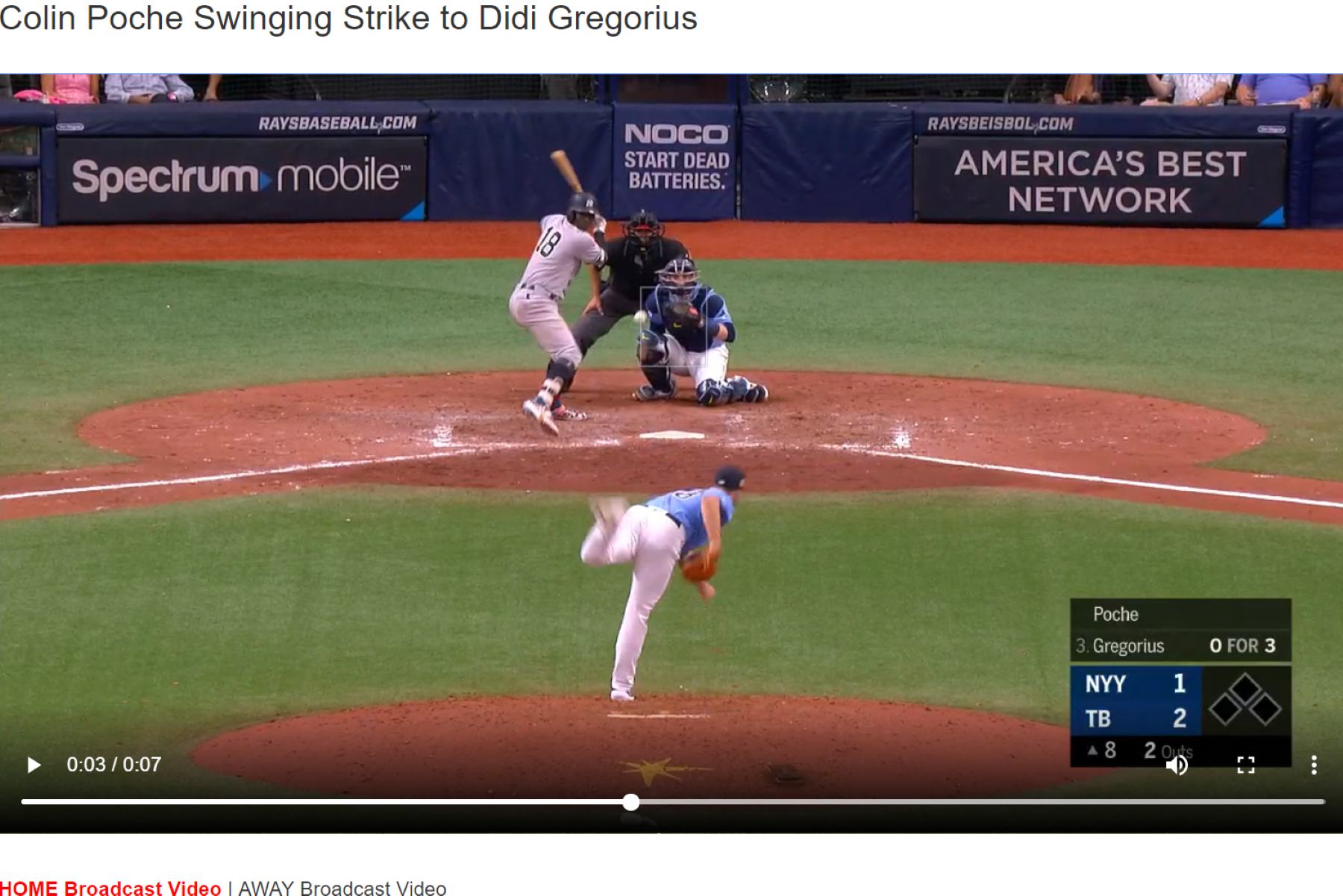 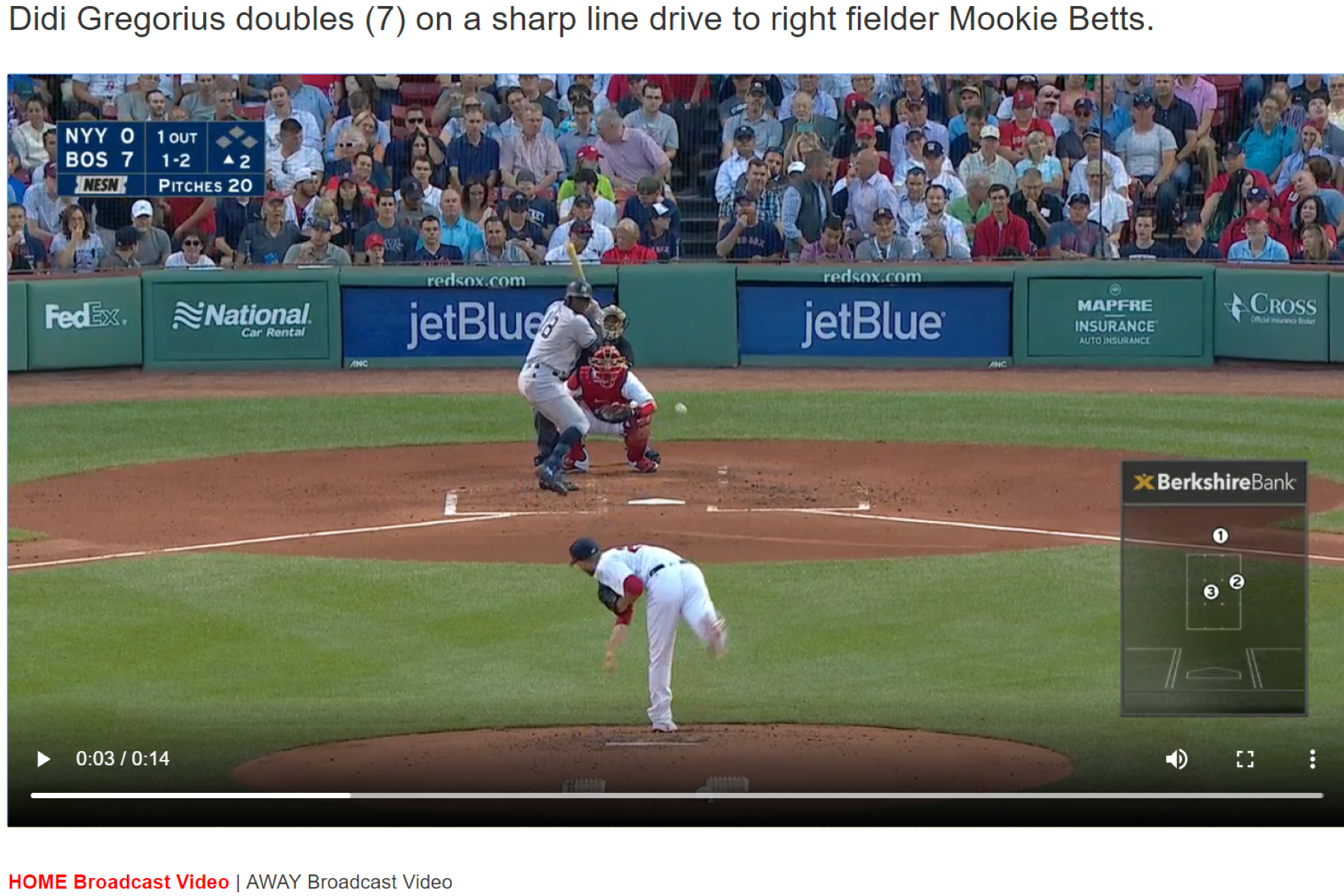 It’s a slight difference, but we can see how high Gregorius has his elbow up compared to how he has kept it closer to his body of recent. It’s understandable that it took a month for Gregorius to get to this point, as June was essentially his spring training, but it’s good to see him once again making use of his contact ability. Now that he has made the adjustments needed to be the player he is, he will continue to be one of the hardest punch outs in the game right in the middle of the Yankees order.