The closer will stay in the Bronx for an extra season.

The Yankees can cross an item off their winter to-do list, because according to the man himself, the team has agreed to an extension with Aroldis Chapman. According to Jeff Passan, the club added an extra year and $18 million to his contract. Jon Heyman first reported that Chapman preferred to stay with New York.

Chapman, 31, posted a 2.21 ERA (2.28 FIP) across 57 innings in 2019. He secured 37 saves, all the while his strikeout rate (13.42 K/9) and velocity declined. While other relievers had stronger statistical seasons, Chapman won the Mariano Rivera AL Reliever of the Year Award. 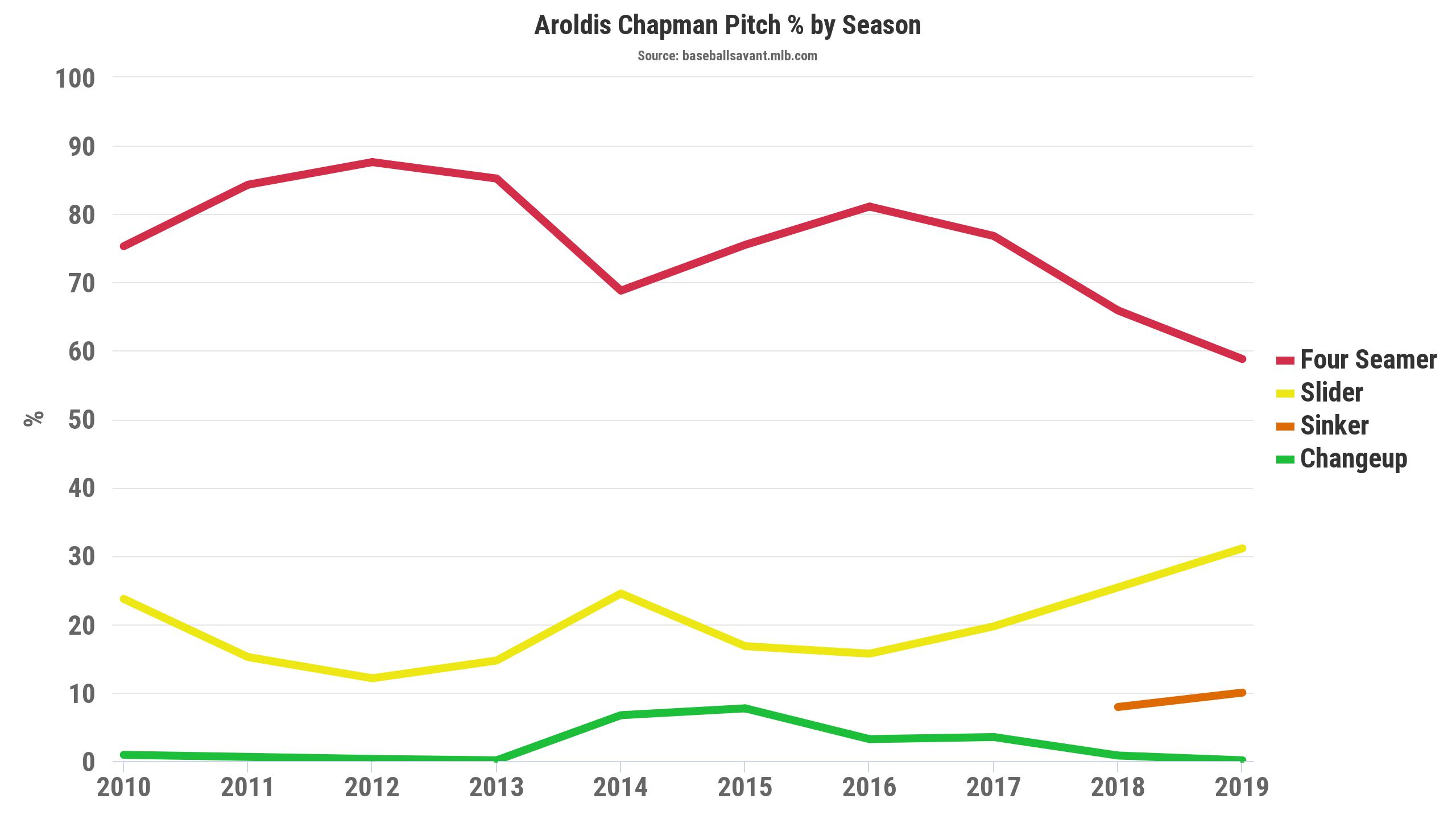 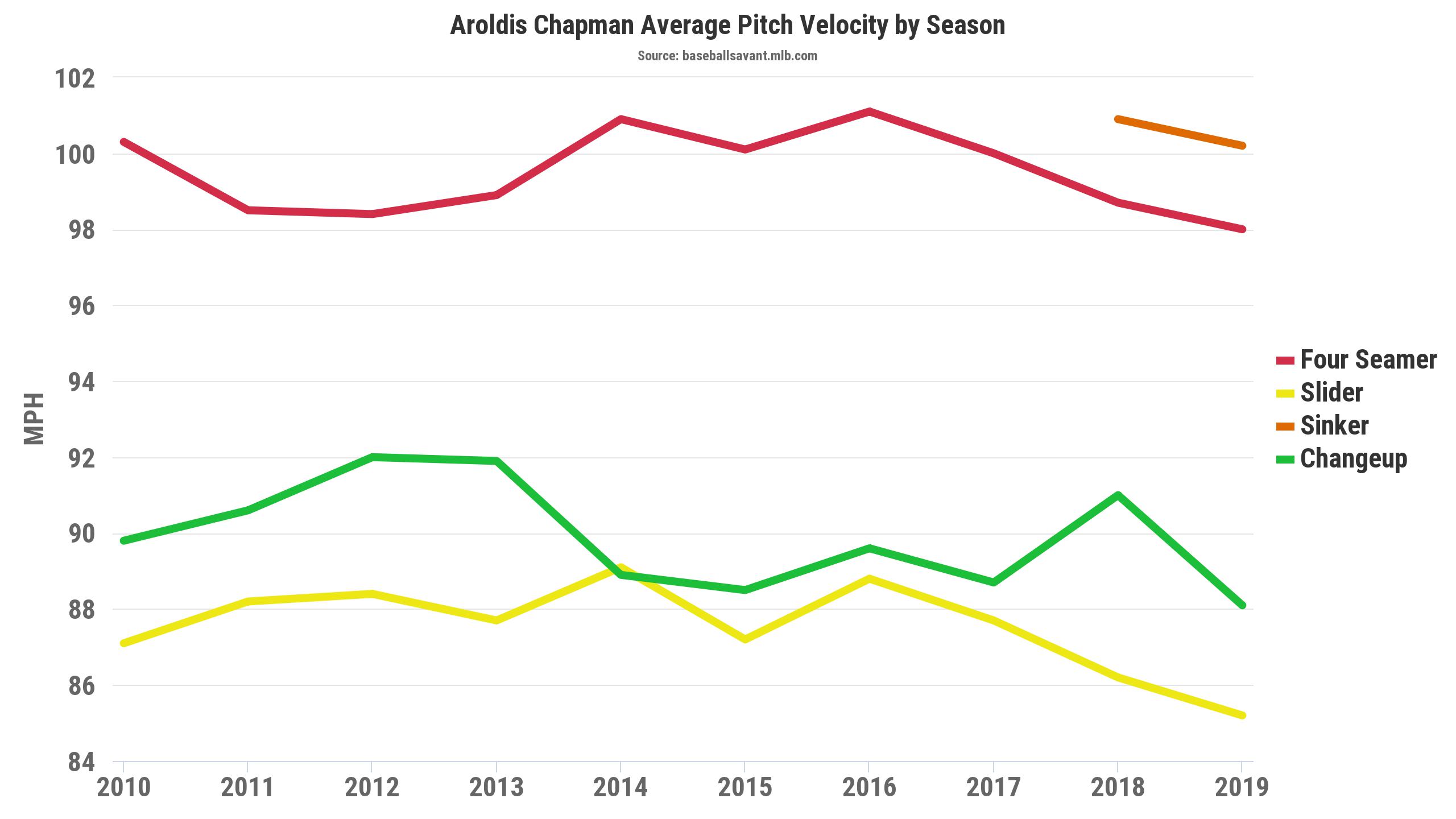 The Yankees first acquired Chapman in a December 2015 trade with the Reds. The Yankees were able to land him in exchange for four mediocre prospects because of his involvement in a domestic violence incident. It was a disheartening move, one that Pinstripe Alley criticized from the get-go.

When the 2016 season failed to get off the ground, the Yankees traded Chapman to the Cubs for a package headlined by Gleyber Torres. That winter they signed him to a five-year, $86 million contract, the largest pact handed to a reliever in baseball history. All told, he’s logged 190 innings with the Yankees, pitching to a 175 ERA+ in the process

This extension takes care of one item of business for the offseason. It remains to be seen how this domino will impact other moves, but given the way the Yankees operate now, it figures to have some consequences. Remember what Brian Cashman said about finances at the trade deadline last year?

“There’s a lot of guys currently sitting in (the Yankees’) locker room that wouldn’t be here because, again, all that money woulda gone in one direction,” he told Bradford William Davis. “We repackaged that money and produced various assets like DJ LeMahieu and y’know, [Adam] Ottavino amongst others.”

Here’s hoping this doesn’t prevent the club from making substantive upgrades where they need it.