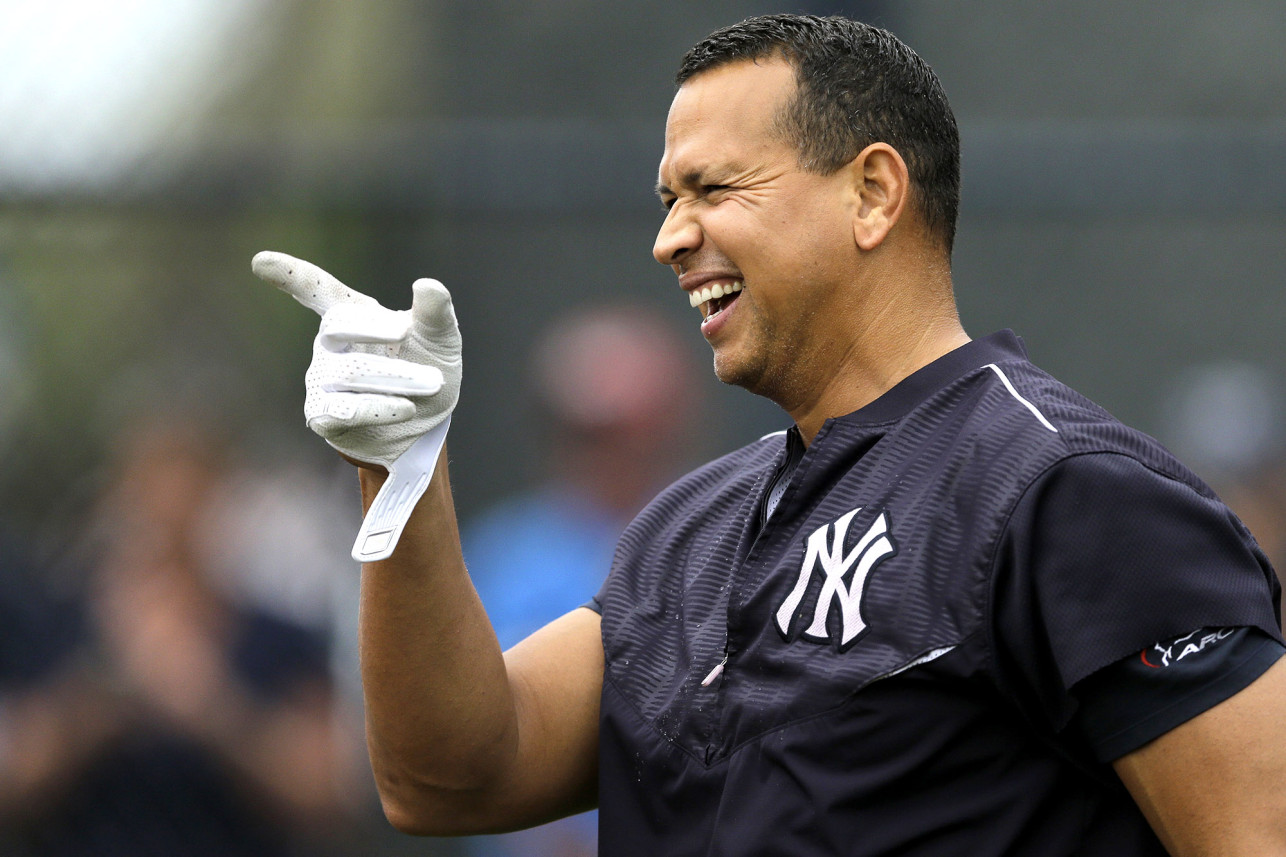 While the prompt asks for a favorite moment in the Yankees vs. Red Sox rivalry, I felt that a case could be made for a series of moments from a specific player: Alex Rodriguez.

Where is A-Rod Going?

A-Rod’s involvement in the rivalry started before he even arrived in NY. Originally set to be traded to the Red Sox, the MLBPA swooped in and nixed the trade deal (A-Rod had agreed to renegotiate his contract to take less salary in exchange for rights to his likeness). The union’s reasoning was that he doesn’t operate in a vacuum and his agreement to take less money would have a ripple effect on future free agent contracts. Thus, when Aaron Boone suffered a knee injury playing basketball in the 2003-2004 offseason, Alex Rodriguez was available in trade talks when the Yankees needed a third baseman. The Yankees sent Alfonso Soriano and a PTBNL (Joaquin Arias) to the Rangers, and A-Rod became a New York Yankee after agreeing to move to third base to make the trade happen (the Yankees weren't going to ask Derek Jeter, the Captain, to move off SS for A-Rod).

When’s a good time to announce an opt-out?

Fast forward a few years to 2007. In a moment of pure villainy, A-Rod announced his intention to opt out of his contract exactly as the Red Sox clinched their World Series victory. Scott Boras made the announcement during the 8th inning of Boston’s matchup against the Colorado Rockies, on their way to winning their second World Series title since 1918.

Next, in 2009, the Yankees and Red Sox faced off on August 7th. The Yankees were in first place by four and a half games entering play, and had just defeated the Red Sox the day before by a score of 13-6 (on their way to a four game sweep). This game was the exact opposite of a big offensive explosion: a grueling pitchers duel spanning 15 innings. The two teams matched zeros for all nine innings of regulation and then into extras. The Red Sox were mostly held in check, only being able to get four hits (though they did work eight walks to go along with their 14 strikeouts, though 0-8 with RISP leaving 10 runners stranded). The Yankees fared somewhat better, but could not string together any momentum to push a run across the board (entering the bottom of the 15th, the Yankees had seven hits and 7 walks; and had stranded 12 runners while going 0-11 with RISP).

Derek Jeter led off the 15th for the Yankees against Junichi Tazawa (pitching his second inning of relief). Jeter reached first base on a single to right field. Johnny Damon followed with a foul bunt popfly out (I know, facepalm, right?) and then Mark Teixeira struck out swinging. With two outs and a runner on first, A-Rod stepped to the plate. After working a 2-1 count, A-Rod launched a pitch into left center to walk off the game (driving in his frenemy, Derek Jeter, of all people).

In 2013, A-Rod became embroiled in the Biogenesis scandal. After MLB announced A-Rod’s suspension, he continued to play while he appealed, as is the right of every player facing a suspension. On August 18, despite the fact that the league was already in the process of punishing A-Rod for his transgressions, Ryan Dempster took it upon himself to be judge, jury, and executioner for the Red Sox (and possibly, in his mind, the league). An aside: Dempster has since fully admitted that he intentionally beaned A-Rod, in case anyone wants to argue that point.

In the course of this at bat, Dempster threw at A-Rod and missed, then threw two more pitches (running the count to 3-0) before finally hitting A-Rod squarely. A-Rod proceeded to have a 3-4 night with a HR and 2 RBI against the Red Sox. The crowning moment was his HR against Dempster in the top of the 6th inning, where he arrived at home plate and did an impersonation of David Ortiz. The Yankees rallied for four runs in the 6th inning, and went on to win the game 9-6. On ESPN Sunday Night Baseball.

After serving his suspension in 2014, A-Rod had himself a very nice 2015 following that year off. Since the Red Sox could not keep him out of the game of baseball, it was apropos that A-Rod hit his 660th home run, to tie Willie Mays on the all time HR list, in front of the Red Sox fans in Fenway. Facing, again, Junichi Tazawa, A-Rod worked a 3-0 count. With a green light to swing on 3-0, A-Rod took advantage and launched a line drive into deep left field, breaking the tie. In addition to matching Mays, the HR put the Yankees ahead 3-2, which turned out to be the eventual game winning RBI as neither team scored again.

He would go on to finish with 696 home runs for his career, but that moment of making both history and Red Sox fans (and players) cry is a sweet memory.

So, while not a specific moment, I’ve got a soft spot in my heart for Alex Rodriguez and the pain he’s caused the Red Sox and their fans.