The trade deadline has come and gone. The top contenders made their bid for talent to make it to the promise land. Of course as always, there were a few surprises. But, all in all we have a new pecking order in both leagues in my opinion.

#1. The Los Angeles Dodgers have made themselves the odds on favorite to win the tittle here. They added a top starter and solidified the bullpen with two late inning left handers. Already running away with the NL west, they seem destined for great things this year.

#2. Chicago Cubs did not disappoint. They added to a struggling rotation and fortified the bullpen by adding another late inning lefty. This team has caught fire and is showing why they will be a team you do not just brush aside.

#3. The Washington Nationals did what they needed to do, in strengthening their pen. The bullpen is a very solid bunch, capable of matching any in baseball. They are slightly behind the other rotations but can match their respective offense.

#4. Arizona Diamondbacks added that power hitting right handed bat it needed. Very solid rotation. Still do not have the bullpen to compete with the other three.

#1. The Cleveland Indians are lagging in starters to the Yankees. They have a bullpen that can go toe to toe with anyone. Their offense seems to be peeking at the right time. They have experience and drive from coming so close last year. That will be that push, that gets them to the promised land.

#2. The New York Yankees are a team not to be taken for granted. They now have a rotation to compete with any in the American League and may have the best bullpen in baseball. With the second best offense in the AL. Youth and experience are the only draw back on this team. A seven game series maybe what is needed to allow for the youth to settle in.

#3. Houston Astros have been the best team in baseball. They need another top starter and bullpen help. They did nothing to add to those areas. With their top two starters both having injury filled season hard to put them ahead of either the Indians or the Yankees. Without a doubt have the best offense, maybe in all of baseball. But good pitching stops good hitting.

#4. Boston Red Sox had the best rotation possible in baseball to start the season. They have never jelled. Either from injury or unknown reason this has become an also ran rotation. Chris Sale has led the way while the rest have frustrated. Defense has shown cracks and the offense need a power bat. 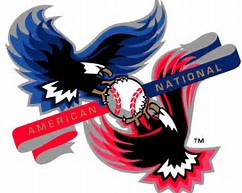 Look for this to be the year that the Dodgers return to the World Series. We should see a Dodgers versus the Indians World Series. Only New York and Chicago could alter those plans.