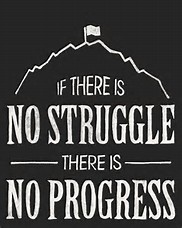 Yankees are struggling to put runs on the boards. We have had a problem all season with driving in runners in scoring position (RISP). We seem to go into team slumps. Left handers have been hard on us. Just cannot sustain that winning formula, we had earlier in the season. Mid-season our bullpen was devastated by injuries. We finally have killed that virus in our pen. We have seen it take a toll on our offense. Loosing guys like Bird, Castro, Holliday, Hicks and Frazier for long periods of time from our lineups. Now, the injury bug is taking it's turn through our starting pitchers. It started with Pineda, ending his season. CC is having an old injury crop back up. Tanaka has shoulder inflammation. Good thing we went out and got two starting pitchers at the trade deadline.

The wavier wire system makes it very hard to improve a roster. Teams looking up at the Bronx Bombers, will do everything they can to stop potential help reaching the top teams. First off, you have to keep an eye on talent in your league first. Then, hope that the other league allows for a player to clear its league and your own league. Lot of road blocks before they can be claimed by the Yankees or traded to the Yankees. It is very confusing, as to when a player actually is placed on and clears waivers. There seems to be no true way to track this system. Most teams do not want to upset current roster players. Therefore, they often are placed quietly on waivers. Good news is almost every team runs every player through wavier claims. Sometimes forced to remove that player because of an undesirable trade option.

With rosters set to expand in September most teams, will look to have most of their desired trade assets ready to go prior to that roster expansion date. So right now the Yankees could look at an option for DH and second base. With that in mind, being an American League teams allows the Bombers more options, to secure offensive help. Starting pitching is always a choir to acquire this late in the season. Every contending team could use some sort of pitching help.

As you can see the cross town rivals the Mets still have some pieces to move. We still do not see anything from several teams. It is early in the process, more and more players will be hitting this list daily. I am sure the Yankees are in contact with teams and asking if and when they might place a player(s) on waivers. I guess patience in the name of this game.

From this list sure would be nice to add Justin Upton and or Justin Verlander. The problem is their contracts each are owed $22 and $28 million respectively. Plus under the new CBA, Verlander can attain an opt out. Upton already has an opt out clause in his current contract. Even if you give up talent you still could be without those players during future seasons. That in itself would be fine, for a team like the Yankees. Most likely, they would be fools to leave that kind of money on the table. That would only hamper a team like the Yankees in future years. Of the two you could make a case for Verlander because of the duration of his contract. Yet he would be tied to the possibility of moving a contract like Jacoby Ellsbury to lessen the future burden of the Yankees. Without being able to move a current roster player it virtually eliminates the Yankee from even considering these two players. Hard to believe, that the Yankee brass would even consider this. Seeing that the Yankees would not pay the full amount of Jay Bruce's remaining salary.That probable excludes a guy like Asdrubal because of his contract obligations for the 2018 season.

As of now, Cashman and company seem to be in wait and see mode. Hoping, that our guys return off the DL before it is too late. Keeping a weary eye out for a potential depth piece that could put us over the top, So, maybe we will see a Brandon Phillips in the Bronx? He sure would be cheap enough!!!!!!!