Well the trade deadline is July 31. 2017. The Yankees are hitting the DL in rapid numbers. What a shame, to watch what happen to Dustin Flower. Talk about bad luck. That kid did not even get to swing the bat. I was really looking forwards to seeing him getting some swings in against major league pitching. That may have been a major blow to any of Cashman potential trade plans this trade season. Will be hard to trade a guy like Clint Frazier now seeing that he most likely #4 or #5 on the outfield depth list. Much less an injured player like Tyler Austin or Dustin Fowler.

Well the Stealth Ninja, Brian Cashman, will have his work cut out for him that is for sure. Jon Heyman wrote and interesting article over on FanRag, about trade value for this coming trade deadline. He ranked them and gave reason for his rankings. There were some surprises in that ranking and list. Specially considering the big names and their respective rankings. I went through this value ranking and comprised a spreadsheet that was of consideration for possible candidates for trades. I separated the spreadsheet into four categories. Based upon need and primary position that each player plays. A few things to remember, The Yankee are in a division that very seldom trades with one another. I also, did not list any player on teams that are going for it, because of their position in the Wild Card or division. There were exceptions like the Pirates who are know to trade, even when contending. But, only pieces that they have internal or incoming replacement pieces. For a full listing feel free to click on Jon Heyman above and read this article.

As Jon states value is often associated with a players salary. This is why some big name players are considered of lesser value. This also means it may require selling team to offset the cost of that player's salary. Therefore, making it harder to facilitate a deal during the trade deadline. If we take this value rating to heart. As you move closer to zero it may cost one more in terms of prospect(s) talent to secure. But you are getting a player who is under a cost controlled contract and performing above his current pay level.

We recently heard that the Padres wanted Torres in a trade with the Yankees. The Yankees must have been trying to get Solarte and Hand from San Diego. San Diego was looking for a long term solution to their shortstop issue. But, we heard before that Mateo was in a rumored package in a trade being considered by the Yankees and the Pads, a few years back. Could something be worked out to bring Hand and Solarte to New York? Time will tell.

The Yankees are being tied to the Marlins The reports have them looking at Bour ( not on the list), Ramos, Phelps, Straily and or Prado. My money is on Ramos and Bour. This would be an interesting trade. The Bombers would get a long term potential replacement for Bird and another piece to form that three headed monster in the bullpen. Should not cost as much as other option(s) they might have on this value list. 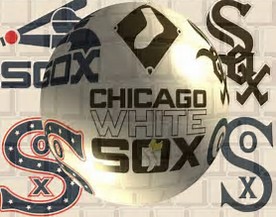 We have heard all kinds of rumors involving the White Sox's Quintana, Frazier and Robertson. One or as many as all are always in a conversation. Quintana maybe out of their price range now that Fowler was injuried. Hard to see Cashman able to put together a package that will not include Fraxier or Rutherford to get Quintana. Robertson as well maybe a bidding war because, the Nats need him badly in their pen. I am sure that Cashman will not gut his system for a relief pitcher making 12 million a year. That means that Frazier maybe the only possible trade candidate left for them in Chicago. Of course, if Chicago would be willing to take a chance on an injured Fowler then it could be possible. Right now with the bullpen issues I would believe that Cashman is focusing more on relief pitching and first base. Of these three, I would imagine it would depend on how much that the White Sox would pay down on Frazier's Salary? But, Todd is just a rental, Cashman may just take on the salary and send a lesser player to make this trade happen.

Billy Bean, holds some very valuable trade chips this off season. Looks like Gray, Doolittle and Alonso will bring back some solid talent to the A's. With the Red Sox, Dodgers, Braves, Astros and Yankees looking at Gray it will become a bidding war for Gray. I look for the Yankee to back out of this trade war, specially now that Fowler has gone down. Doolitte or Alonso are primed targets for the Yankees. Would not surprise anyone to see Alonso in pinstripes for the remainder of the season. He may become their primary target this deadline season. Alonso is a rental.

San Francisco is a team in flux. What will they do? All seem to believe they will trade Cueto and Moore. Will the Yankees take a risk on him opting out? Many sites have Johnny going to the Yankees because they are one of the few teams that could potentially absorb his contract, if he doesn't opt out. It would be a salary dump by San Fran. Therefore, would not cost a ton of prospects or top talent. I kind of believe, Brian and company have their eye on Matt Moore. He has not pitched well the first half of the season in San Fran. But, he is battle tested in the American League East and is a lefty. I could see a scenario where Cashman thinks that he can be fixed and if not become a very valuable piece in the pen. This is a typical Brian Cashman move. Moore should come very cheap and maybe they take a guy back like McKinney. Moore is 28 year old and his contract has two team options in 2018 and 2019. So he could be viewed as a rental. The Giants need help in the bullpen, outfield or third something terrible.

The Mets are rumored to be open to dealing with the Yankees. They actually have some interesting pieces for Cashman to consider, Duda, Blevins and Reed. Reed and Blevins would be excellent additions to the bullpen. Just not sure if the Yankees will like the price tag for their services. Duda could be a salary dump. He seems to perform well in the Bronx. My concern with Duda is him staying healthy. He seems to be on the DL when the Mets need him the most. That has to be frustrating, just look at the Bird situation. But, Lucus maybe the top left handed first base option this deadline. With the rumors of the A's trying to extend Alonso and the Braves trying Freeman at third. Can the cross-town rivals work out a trade deadline deal?

First Base: Yonder Alonso he is a rental and Oakland could always resign him as a free agent after the season. Early rumors had him being traded to the Yankees for Tyler Austin. I think they may have to add some lower level pitching talent or Nick Solak.

Third Base: With Headley playing better this will become more of a backup option. I believe because of all the issues at first the Yankees will look for someone who can man both corner infield positions. This person basically will replace Chris Carter. So power will be a strong consideration. Cashman will proable look to add Todd Frazier. Mainly, because he is a rental. Someone like Billy McKinney maybe enough if the Yankees taken on Todd's full salary, about 6 million left.

Left Handed Reliever: This will be an interesting. It will come down to cost. Cashman wants Brad Hand but he will be very costly in terms of prospects. Keep in mind Brad is under team control. Sean Doolittle is another lefty that will be highly sought after, he too maybe too expensive in terms of prospects. Brian may have to settle for hard throwing Tony Watson, a former closer. Watson is a rental and has become expendable in Pittsburg. He may have to give up Thairo Estrada and Giovanny Gallegos.

Right Hand Reliever: One has to love what Pat Neshek is doing in 2017 but he is a one inning guy. I am sure that The Stealth Ninja will kick the tires on A.J. Ramos, but one has to wonder how he would accept a setup role. Being a closer may drive his price way up. Arodys Viscaino and his heater may return to the Bronx. He has former closer experiences. He could become a Yankee for Estevan Florial or Wilkerman Garcia.

Starting Pitching: With the Yankees loosing so many to injury it has to hurt their chances to secure any of the top pitching talent. They will be hard pressed to give up any top prospects position prospects because of the needed team position depth. They have been linked to Sonny Gray, Jose Quintana and Johnny Cueto. I think they will land Johnny Cueto, They are one of the few teams that can absorb his contract. With so much money coming off the books they very well could take a shot at securing his services. Many believe he will opt out. That will make him a reasonable addition. Dermis Garcia and Ian Clarkin could be enough. The Giants could be looking to shed salary. They could always resign Johnny during the off season if he does opt out.

Summary: Brian Cashman"s #1 priority has to be the bullpen. His #2 area of need has to be first base. The #3 problem, is to compete with that rotation in Boston, he will add at least a proven #3 starter. Finish it off, by fixing his #4 concern, a depth piece to solidify his issues at third and first. Will Cashman spend 23.325 million more to get the Yankees to the promised land in 2017? Brian will be busy that is for sure.