Well the draft is over and MLB teams now turn to making trades to sure up their current roster or future rosters. For about a month now, you fellow Pinstripe Alley readers have endured my simple polls of each area the Yankees need to improve in. Those four polls were for a 3B, 1B, SP and LHR. I tried to list names in those polls that have the best chance of being traded at the trade deadline and the top options per those positions.

Now based upon total votes I will assume, which position is of the most need or interest of those that voted in the polls. Cashman may not agree with these polls but at least it is a representative of what the readers of Pinstripe Alley believe will help this team get to the promise land. Sometimes the best will cost you more and is not always the best option. For example, one sure would love to have that Lexus but, the budget screams Chevrolet. You can make those payments but cannot afford the gas for the higher price vehicle. Money is like prospects a team only has so many to trade. A team like the Yankees have those deep pockets to enhance its buying potential but yet still must surrender solid prospect(s) to clinch the deal. During this trade deadline the Yankees are that team, in a unique situation, it has prospects to trade and money to burn. That is a very unique combination going into the trade deadline. Now keep in mind, every team has assets that are untouchable. (I for one do not believe that Clint Frazier will be traded.) These trade able assets are composed of top trade talent and their respective performances this year, per several top writers suggestions. Yankee trade assets: 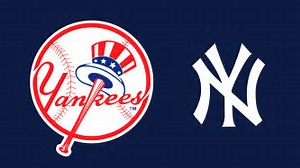 Here we go!!! Starting pitching is the second most telling need of the Bronx Bombers, per the polls vote accumulations,(the most per days allowed for poll to run). Cashman has said it many times that one cannot have too much pitching. That seems to be the case more than ever, with the recent struggle of Tanaka and the injury bug striking the rotation. So who is major competition for a starter? Right now that has to be the Houston Astros. We know one thing for sure Houston will be willing to go all in to secure pitching help. It has been a long time since the Astros have been a contender for a World Series Championship. Can we match their prospective talent pool of trade able assets? Houston's trade assets: 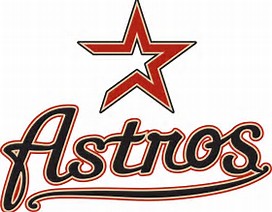 First base is a position that does not have a lot of contenders looking for improvement. To most teams, other than the Yankees, the options are marginal upgrades at best. Some could look to improve an DH option, by addition at first base. They most likely will spent their prospects on other needs. For my money, the Seattle Mariners maybe the top team in the running for an upgrade at first. Mariners trade assets: 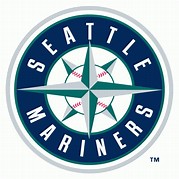 Third base has an old rival chomping at the bit to improve. The Boston Red Sox have gotten very little out of any options at third. This will be interesting to see what they will be willing to give up to fill this obvious hole in their offense. We know one thing for sure they will do whatever it takes to get this team back to the World Series. Specially, if it means blocking the Yankees from doing so. Boston's trade assets: 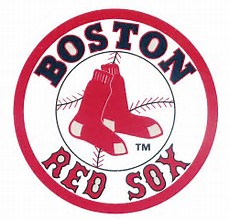 Left hand relievers are a funny bunch. They can be group in a with all relievers or stand alone. Currently, the top contender in need of help in the pen is the Washington Nationals. Almost all other could use help in their pens but the Nationals need the most help in this area. Washington's trade assets:

So you want Sonny Gray? Well the Astros and the A's are supposedly already in discussion on a trade. So if the Astro's give up their top two asset, we would have to give up Frazier and Adams just to be in the conversation. To win or secure Sonny's services looks like we would have to package Clint Frazier, Jorge Mateo and Tyler Austin in a deal to get it done. Looking at Teheran as the second choice, he will not come much cheaper. I believe that it will cost the Yankees a package of position players. The Braves are very deep in pitching prospects and they should start arriving soon to the show. They do not need middle infielder or first basemen. It will cost the team Clint Frazier, Dustin Fowler and Miguel Andujar. Jose Quintana will not be quite as expensive, because of his poor performance this season. Remember he is left handed and that could drive up the prospect cost. A package of Jorge Mateo, Dustin Fowler and Miguel Andujar will be a starting point to secure his services. The question will be who else will be looking at these starter as long term assets to add to their starting rotations?

First base is definitely a position that the Yankees can add a solid player to the team. The question remains will the Royals give up Eric Hosmer*? They now are under four games of the lead in the Central Division and only 2.5 games out of the Wild Card. That means the team may decide to go for it. I would!!! This is a team that has recently had success and the core remains. That makes Yonder Alonso the top choice by elimination. It was earlier reported that a trade of Tyler Austin would get it done. I think it will take more than that, because of the recent comment made by Yonder and his desire to remain in Oakland. It will take a package of Tyler Austin and Tyler Wade to get him away from the A's. Todd Frazier is an interesting case because of his versatility. With his poor start to the season it is hard to imagine him being a costly addition. The White Sox are said to be in need of outfielders. Keep in mind that he is a consideration for third by Boston so they may drive up his price. From a first base prospective he will cost Billy McKinney and Tyler Austin.

Third base like first, the top vote getter was a Royals player, Mike Moustakas*. The problem is the Royals have clawed their way back into the Wild Card and division conversation. They now become buyers rather than seller. They may decide to sell but if they do it will be a decision made right at the deadline. So I'll move down to Todd Frazier. Chicago is looking for outfielders and catchers. Since, Boston is involved it becomes obvious that it will take more than what was mentioned as Todd for first base. Boston could include Blake Swihardt and Sam Travis or Sam Travis and Michael Chavis. In order to compete with this trade offer the Yankees would have to offer Kyle Hiagoskia or Austin Romine and Tyler Austin. Chicago may consider Miguel Andujar and Tyler Austin or Billy McKinney. Brett Lowrie should not cost as much. We are hearing very little interest in anyone securing his services. From all indication it would be a one for one trade. A guy like Nick Solak might get the job done. 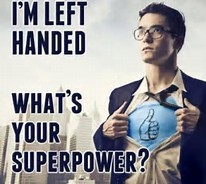 Left Hand Relievers were a poll that was showed the least attention. We know that Dusty Baker has been screaming for bullpen help. The Nationals will be looking to improve this pen by any means. Most likely looking for a closer first then moving on to a late inning lefty. For either Tony Watson or Mike Minor, the Nats would be willing to give up a package headline by Daniel Johnson or Sheldon Neuse depending on what they had to give up to secure a solid closer. The Yankees can counter this with an offer of Tyler Wade or Billy McKinney. These deals will be based upon who each team is willing to add from the lower levels. Brad Hand has regressed recently but, still maintains that high strikeout ratio. He might actually cost one more, then either of the top two. Other teams will be looking at him because of his team control. He will cost at least a top 15 prospect of a rivals farm system.

*Mike Moustakas and Eric Hosmer were winners of each category they were in. I feel a need to at least give you a prospective of a potential cost to secure their services. Moose will most likely fetch the most in regards to prospects. That is because he is having a career year and will have at least two contending teams after his services. But If I am the Royals it will take similar prospects to even consider a trade for either talent. Boston would have to give up Michael Chavis, Sam Travis and Roniel Raudes. In order for the Yankees to secure either of these we would have to give up Chance Adams, Tyler Wade and Tyler Austin.

Well in my opinion Cashman needs to try to make a package deal to minimize his loss of over all prospect talent. Top two option would be Sonny Gray and Alonso Yonder or Jose Quintana and Todd Frazier. For Gray and Yonder it would cost Frazier, Mateo, Austin, Wade and Williams. For Quintana and Frazier it would cost the Yankees Mateo, Fowler, Andujar and McKinney. Keep in mind if they choose the first option, Todd Frazier will cost them Fowler and Hiagoskia or second option would cost them Wade and Austin for Alonso. Now, as far as left hand relievers go, I believe Cashman will target Watson over Minor. So the Pirates would get Wade and Solak. So choose your poison.

Now its your turn to make a trade suggestion. You know the Yankee needs and which rival they will be bidding against. You also know the assets of their top rivals and of the Yankees so what deal would you make?

FYI: Here is an invaluable link to look at what players a team has in it's system, that might be a consideration for a trade or what a team might want or needs. https://www.rosterresource.com/mlb-oakland-athletics/