#TanakaTime gets us ready for the weekend.

Share All sharing options for: PSA Comments of the Day 4/29/16: Beat the Sox

The Yankees didn't lose yesterday! Sometimes off-days are nice for that reason. After losing the series against the Rangers, hopefully the Yankees used the day off to regroup and they'll start their season turnaround by beating the Red Sox. Maybe they won't turn the season around, but it still would be nice for them to beat the Red Sox, don't you agree?

Looks like there was some team bonding going on yesterday.

Great outing with the guys..... #Qtimewiththeteam 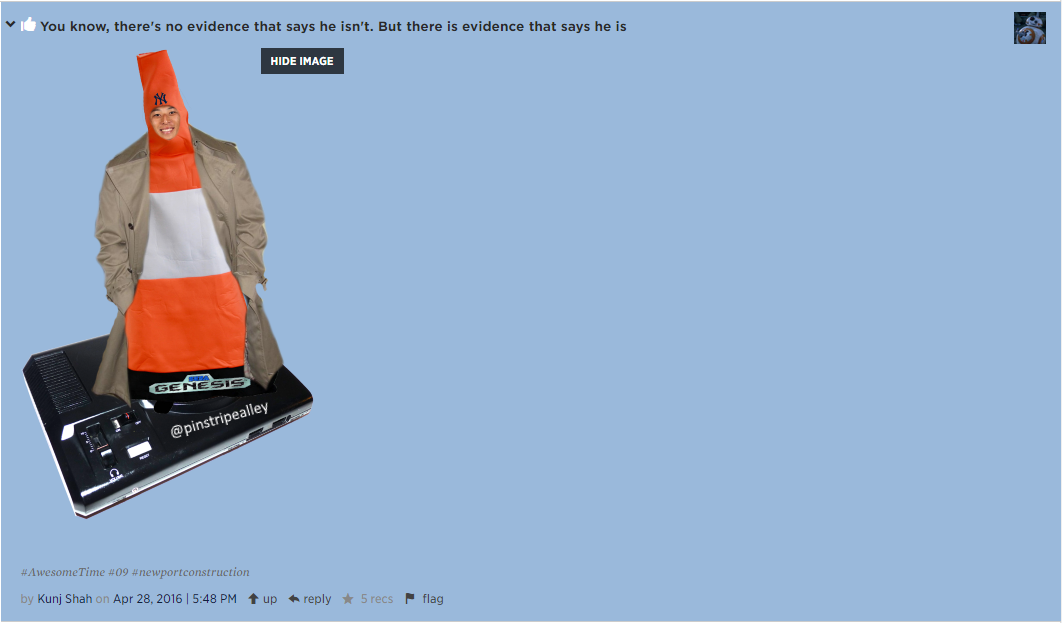 Who says Ref isn't a traffic cone and a Sega Genesis on top of each other wearing a trench coat?!

Tanya wins the HMM for her hard truth on Refsnyder not being the third base solution.

Purple Rain by Prince & The Revolution

It's Prince Week on Pinstripe Alley. Probably surprising that either of us waited this long to use this song, but we finally made our way here. As always, please link us your song of the day.

Feel free to use this as your open thread for today. Masahiro Tanaka takes the mound against Henry Owens and the Red Sox tonight at 7:10pm. This game will also be available on MLB Network.