"Moose" now faces an even steeper uphill climb to Cooperstown.

Share All sharing options for: How the Hall of Fame voting changes affect Mike Mussina's candidacy

Over the weekend, the Baseball Hall of Fame inducted six members into their ranks at Cooperstown, but while the ceremonies were nice, the Hall made a public relations slip by releasing some changes to the future voting process at the same time:

The National Baseball Hall of Fame and Museum’s Board of Directors today announced changes to the rules for election for recently retired players, reducing the length of stay on the ballot for players from a maximum of 15 to 10 years, while installing a new balloting and registration process for Baseball Writers’ Association of America voting members.

Players will now only remain on the ballot for 10 years rather than 15. Instead of the weekend being about the likes of Greg Maddux and Joe Torre, a lot of the discussion was about these changes. Nice work, Cooperstown.

In the long run, it makes some sense to reduce the years on the ballot since a voter shouldn't really need 15 years to determine whether or not someone is a Hall of Famer. However, they don't make sense amidst this particular era of voting. The ballot already suffers from overcrowding with too many players who have legitimate Hall of Fame arguments running up against a 10-player limit for ballot. If they were going to make the procedural change, they could have at least remedied that problem to make it so BBWAA writers don't have to leave people off the ballot who they feel are Hall of Famers just because of the limit. If I was making a ballot based off the names eligible in 2015, I know I would go over. There are numerous criticisms of the change, including how it screws over players with no allegations like Tim Raines and how it's not so subtly an effort by the Hall to get players under PED allegations off the ballot faster, but Hall of Fame voting expert Jay Jaffe already wrote an excellent article breaking down these issues. It's a must-click for anyone even remotely interested in the Hall.

Instead, I am going to focus on how these changes affect my favorite player on the ballot, former Yankees starter Mike Mussina. During his eight years in pinstripes, I was an unabashedly big fan of "Moose," and even before I got into sabermetric statistics, I thought that he was a Hall of Fame caliber pitcher for his wide success during an 18-year career that started with an outstanding decade with the Orioles. (He's an Orioles Hall of Famer at least.) As I've learned more and more about sabermetrics, they have only made me more resolute in my belief that Mussina is a Hall of Famer, and Jaffe wrote at length about the clear worthiness of Mussina's candidacy last December when he was set to debut on the Hall of Fame ballot. In the crowded field that arguably included 17 Hall of Famers despite a 10-player ballot limit though (and two pitchers very similar to Mussina in Curt Schilling and the since-elected Tom Glavine) "Moose" was only able to appear on 20.3% of voter ballots.

While it was a bit of a frustrating debut, I was still optimistic about Mussina's chance at eventually reaching the Hall of Fame. After all, Bert Blyleven's vote total was a meager 14.1% in 1999, his second year of eligibility, when campaigns throughout the Internet helped boost awareness of his case for the Cooperstown, and he was eventually elected in 2011, his 14th year on the ballot. It was a long wait, but Blyleven got there eventually.

The BBWAA, which was not consulted on the most recent decision, has a relatively new committee chaired by Susan Slusser that includes Jaffe and other likeminded thoughtful voters, and they might still propose changes to the voting process that include changing the ballot limit and cleaning up the BBWAA ranks to exclude members from voting who have not covered baseball in decades (seriously, some of them write about golf now and are far removed from the game). With no impending changes on the horizon though, Moose faces a challenge. He has nine years to go to reach Cooperstown before he falls off the ballot instead of fourteen. It's not as bad a problem as it is for the deserving Raines, who now has three years to go instead of eight, and Edgar Martinez, who has five years left instead of ten, but it's still worth exploring.

Journey with me into... the future. 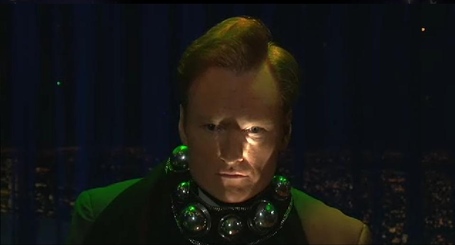 One could make an argument that parsing just 10 names onto the 2015 Hall of Fame ballot might be even more difficult than it was in 2014. It would be an absolute shock to not see Johnson and Martinez elected immediately. Smoltz will most likely make it in his first time around, too, since voters seem to like him a lot and he fits in nicely with his former rotationmates Maddux and Glavine, who were inducted last year. Craig Biggio fell literally a few votes shy in 2014 at 74.8%, and I'm sure sentiment will build up to push him over the top. The BBWAA has never elected four players to the Hall of Fame by itself since the current process was established in 1967, but I'm optimistic that they will get the job done.

Aside from the four likely Hall of Famers in next year's class, most of Mussina's competition from last year remains. Jack Morris is at last off the ballot, but 15 players who received at least 10% of the vote are there. Mike Piazza is inching closer and closer to Cooperstown despite Murray Chass's backne hocum that has kept him out due to PED allegations over the past couple years; he reached 62.2% of ballots last year. The very worthy Jeff Bagwell should also at least appear on 54.3% of ballots as he did last year despite similar shaky PED allegations. A little over a third of voters put Roger Clemens and Barry Bonds on their ballots, too. (I'd put them on mine as well. A Hall of Fame without the greatest pitcher and hitter of our generation is silly, PEDs or not.) Sheffield's not getting elected in 2015, but I think he'll get enough votes to stay on the ballot in 2016.

There are several other names to consider too, but the long story short is that it is going to be hard for Mussina to make much headway beyond the 20.3% he received in 2014.

The year after next is when Mussina should hopefully start taking some steps forward in voting. The only standout newcomer is Junior, who will be elected without a blink of an eye. Edmonds might garner some support, but even though I think he has an interesting Hall of Fame case, it wouldn't surprise me to see him drop off after one ballot much like Kenny Lofton did in 2013. I feel like they might lump him in the same category as fellow first-time eligible player Garret Anderson, which is laughable.

Anyway, with Johnson, Pedro, and Smoltz likely getting elected in 2015, there are fewer standout pitchers on the ballot. There are still plenty of position players, but at least there won't be many pitchers to face. Clemens is off in his own weird category with Bonds. Schilling and Mussina are probably in this long trek to Cooperstown together, though Schilling appeared on 50 more ballots than Moose did last year (29.2% to 20.3%). As much as he is an annoying person, he is an eventual Hall of Famer who will receive votes. People who love them some saves will also probably vote for Trevor Hoffman in his ballot debut and continue to vote for Lee Smith for whatever reason. (Hoffman's case is a bit more interesting, but in this crowded field, I would not include him in my top ten.) Nonetheless, I am crossing my fingers that Mussina can make a big jump of sorts in 2016 (it would be even nicer if the BBWAA's likely suggestions on changing player limits go into effect for this year, if not sooner).

If we're lucky, maybe Piazza will take another jump from the one he'll probably get in 2015 to reach Cooperstown in 2016 and remove him from the ballot. This will also be Alan Trammell's final year on the ballot, so he will depart as well--at 20.8% in 2014, he's unfortunately not going anywhere. Trammell is supremely underrated and should be a Hall of Famer, so hopefully the Veteran's Committee can get him (and his longtime double play partner Lou Whitaker) in sometime down the road. Under the new rules, Mark McGwire also departs the ballot in his 10th year. He was also going nowhere.

Manny, Pudge, Vlad, and Georgie all have legitimate Hall of Fame cases, though none are slam dunks with the Hall of Fame voting crowd. They will all probably get at least 5% to stay on the ballot though. If anyone is elected, it will likely be someone who's been gradually building up support, like Bagwell or Raines. I really hope Raines makes the big jump from 46.1% in 2014 to Cooperstown here because otherwise, he falls off the ballot. Ridiculous. Less ridiculous is Lee Smith at last coming off the ballot after this year.

There aren't too many standouts, so more progress could be made. It would be helpful for Mussina's case if Bagwell made it here and some of the likes of Sheffield, Jeff Kent, Fred McGriff, or Larry Walker departed the ballot by falling under the 5% margin. Sheffield's probably not getting much support, and I don't anticipate Kent, McGriff, or Walker doing much better than the 10-17% margin they pulled last year in this crowd. Sheffield's probably the most likely given the speed which Sosa seems to be going off the ballot.

Now it gets messy for Moose again. Chipper's an insta-induct, and Thome probably is as well. Two spots gone, just like that. Vizquel's going to get his share of votes, too, since he's often compared to Ozzie Smith, even though as Jaffe has pointed out, Omar couldn't hold Ozzie's jock strap when it comes to offensive production. Rolen's an intriguing case, especially at a position with not many Hall of Famers, and I'm sure he'll get his votes. (So will Jones and Damon.)

Regardless, under the current rules voters will have to decide which eight players they want to add to Jones and Thome among Mussina, Schilling, Bonds, Clemens, Manny, Guerrero, Posada, Martinez, Pudge, Hoffman, Walker, Kent, and more. Good luck with that. I don't see much progress for Moose here.

Mo will go in immediately. Everyone else is debatable. Imagine if Alex Rodriguez doesn't play again and he goes on this ballot, too. Run for the hills.

It's obviously very difficult to project ballots beyond 2019 since aside from Jeter and the 40-year-old Ichiro's likely retirement in the next couple years, we have no idea whose career will be ending in the next few years. (For reference, players retiring in 2015 would be on the 2021 ballot, 2016 in 2022, and 2017 in 2023.) If A-Rod's career doesn't end with his 2013 season, it will almost definitely after one of those years. Sad to say, but CC Sabathia's probably will, too. It wouldn't be surprising to see guys like David Ortiz, Jason Giambi, Carlos Beltran, Bobby Abreu, and Jimmy Rollins retire soon and get some votes in those years. These will probably be the best years for Mussina to try to get into the Hall of Fame via the BBWAA, as his ballots will hopefully have slowly climbed up to heights such that Cooperstown is in sight.

Godspeed, Moose. If you ever make the Hall, I will be certain to make my way up to that otherwise-sleepy town in New York and enjoy it.