Top 40 Derek Jeter Moments, in celebration of the Captain turning 40

Because where wouldn't a round number celebration be without an arbitrary list?

Share All sharing options for: Top 40 Derek Jeter Moments, in celebration of the Captain turning 40

Derek Jeter turns 40 today. It seems like just the other day when he was a fresh-faced kid taking over the New York City sports market, winning championships and racking up crazy hit totals. Life is weird. Nonetheless, the big 4-0 is definitely a notable milestone. To celebrate, how about an arbitrary list? Most of the first 30 could really be in any order (and I had some fun with a few of them), so try not to read into the ranking too much; the only ones I really tried to rank were the top 10. Enjoy.

38. Minor League Player of the Year

Derek Jeter accepts his trophy for Baseball America's minor league player of the year in 1994. pic.twitter.com/QJKmG2s6uv 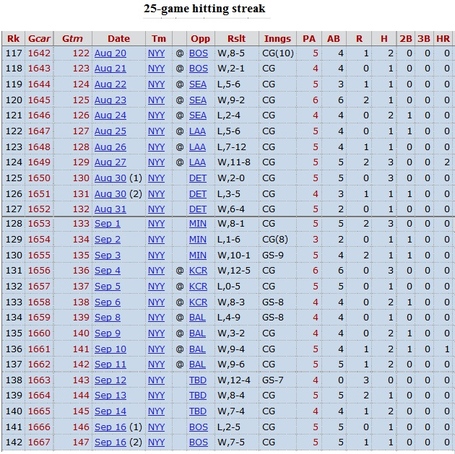 31. Sportsman of the Year

Why the Bronx wind will forever whisper, "YEAH JEETS": http://t.co/JucOx1T24c

The Jeterian order of thinking:

Text from the brilliant mind of Matthew Floratos 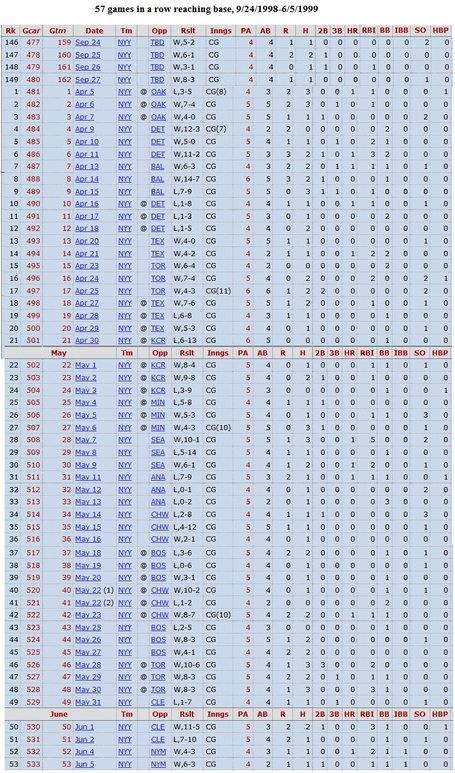 On this day in 2003, Derek Jeter was named the 11th captain in New York Yankees history. pic.twitter.com/QczVV3Jlso

The MLB made an (imaginary) retirement gift basket for Derek Jeter! http://t.co/iJwIU8JWCV pic.twitter.com/hCXQLEhl0u

8. Most hits at the Old Yankee Stadium

And just to add some extra candles, the five truly greatest parts of his career: