Gary Sanchez and the question of selling low

Gary Sanchez has seen his value take a hit this season. Should the Yankees sell low or wait for a bounce that may never come?

Share All sharing options for: Gary Sanchez and the question of selling low

Just over a month before the July 31st non-waiver trade deadline, the Yankees' needs are plentiful and diverse. Between an injury-wrecked starting rotation, a Cenozoic era right field platoon and an infield that's looking worse by the day thanks to Yangervis Solarte's best Vernon Wells impression, the question isn't whether the Yankees should make a trade, but whether they can. The troubles of the Yankee farm system have been well-covered over the past few years. They're thin in the kind of upper-level minor league talent that would entice other clubs to part with true difference makers.

They're thin, except for Gary Sanchez. Well, sort of. Unfortunately for the Yankees, the 21-year-old catching prospect, ranked 35th on Baseball America's top 100 heading into 2014 and 85th on Baseball Prospectus' list, has seen his value take a plummet this season at the worst possible time. There have been questions surrounding his attitude and drive before and a recent mystery benching from Trenton Thunder manager Tony Franklin hasn't done anything to help on that front. Besides that, Sanchez's on-field performance hasn't been all that good. In his first full season at the Double-A level, he's posted just a .260/.329/.420 triple slash with a middling wRC+ of 106. His skills behind the plate have received mixed reviews, but despite a cannon arm, six passed balls and nine errors this season are proof that his defense hasn't improved to the extent that the Yankees would like. Over the coming weeks, Brian Cashman and friends will face the unpleasant catch-22 of whether to sell low or to wait for a bounce that may never come.

Gary Sanchez: A disappointing dud of a prospect thus far in 2014 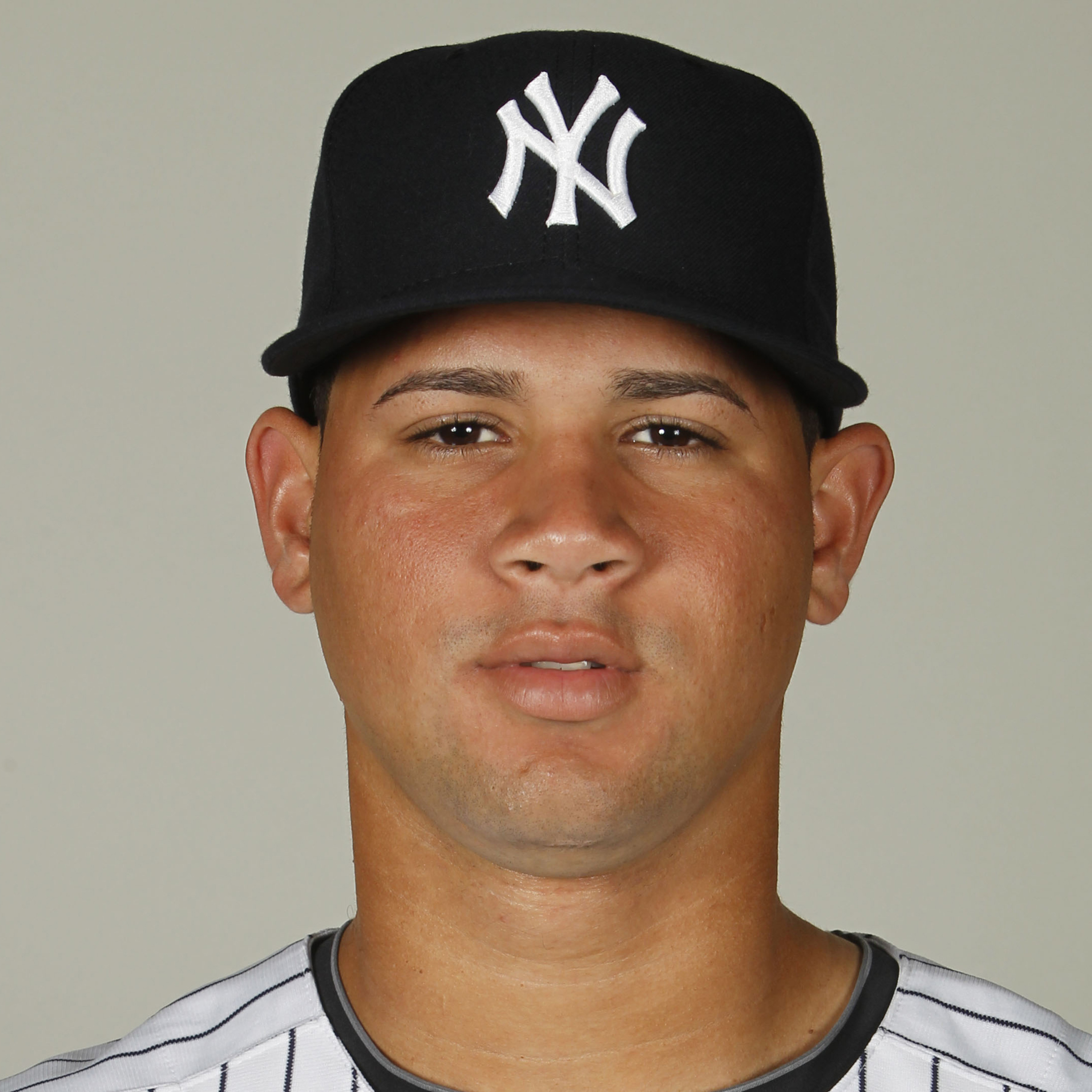 The Yankees' top prospect has been anything but exciting so far in 2014.

If there's a deal to be made for Jeff Samardzija or another prime-years high-end talent, there wouldn't be much of a groundswell against including Sanchez. But what if it's for a guy a notch below that...someone who'd simply fill a need for a team that seems likely to spend the second half of the season in a cluster of a pennant chase, or a rental on an expiring contract, or an older player whose high salary limits his value. On the one hand it could be a mistake to sell low on a player as physically gifted and with as high a ceiling as Sanchez. If he goes somewhere else and excels and all the Yankees get back is a role-filler, there'll be Frank Costanza/Jay Buhner style screaming laments for years to come. On the other, if Sanchez's trajectory continues to slope downward, his value could end up worn down to nothing. Aren't the Yankees better off getting what they can while they're still able to, especially with Brian McCann signed for five years and John Ryan Murphy also in the fold?

There are plenty of parallels in Yankee history when the team faced a decision on whether to give up on a prospect or to hold on and hope for the best. Ruben Rivera and Jose Tabata stand out the most as top prospects that ran afoul of the organization off the field and ended up getting dealt for less-than-stellar returns. Rivera, once called the Panamanian Mickey Mantle, was Baseball America's number three prospect in 1996, but he hit just .235/.324/.395 at Triple-A Columbus that year, and even though he managed a respectable 107 OPS+ as a late-season call-up, he slipped to ninth heading into 1997. That April he was traded to San Diego in a deal that brought back Homer Bush and the rights to sign Hideki Irabu. Irabu didn't amount to much - in fact Bush's eventual inclusion in the Roger Clemens trade was probably the most worthwhile thing that came out of that exchange - but Rivera was a complete bust, stumbling (literally) through a nine-year career that was worth just 4.9 fWAR. To date, he's best known as the guy who stole Derek Jeter's glove during spring training in 2002.

Tabata, Baseball America's number 37 prospect prior to the 2008 season was traded in a deadline deal that season in a package that brought back Xavier Nady, a journeyman in the midst of a career season and Damaso Marte, a mid-30's lefty reliever. Nady played decently in the Yankees' futile playoff push in 2008 then missed most of the season in 2009, while Marte was injured and ineffective except for a few big innings in the postseason that year. Tabata, meanwhile, has produced just 2.9 fWAR across parts of five seasons in Pittsburgh with a career triple slash of .275/.338/.380. In both cases what the Yankees got wasn't exactly good, but their players' stock continued to dip after the deal.

Everyone remembers the ones that got away. Buhner for Phelps, Doug Drabek for Rick Rhoden, Fred McGriff for Dale Mitchell...it's still debatable whether Austin Jackson and Ian Kennedy for Curtis Granderson really worked out in the end. We remember the near disasters, too...that Mariano Rivera for Felix Fermin deal that almost happened and the almost Bernie Williams for Darren Lewis swap. But what about the deals teams should make and don't because they're too protective of a particular prospect? Think the Indians would include Jaret Wright for Curt Schilling or Pedro Martinez if they could do it over? Think the Yankees would maybe part with Joba Chamberlain for Roy Halladay? Would they kill the Cliff Lee deal over Eduardo Nunez again? The Yankees have seen eighteen of their prospects grace the Baseball America top 100 since 2004 and only three - Jackson, Kennedy and Phil Hughes - have produced more than 10.0 fWAR in the majors (though Masahiro Tanaka and Dellin Betances are hopefully on their way).

There are no sure things and Sanchez seems to be getting farther from being one by the day. In managing assets you can't look backward. Saying "we can't trade him for X now because we could have gotten Y a year ago" isn't useful. Other teams may not value Sanchez that highly - if they don't believe he can stick at catcher, his bat hasn't looked strong enough to make him a standout at first or DH. But if a deal should come along that can help, even if it's not for a star, the Yankees shouldn't be afraid to pull the trigger.