Who do you want the Yankees to make into an outdated bobblehead?

Share All sharing options for: The gloriously outdated Yankees bobbleheads on MLB.com

The Yankees have a lot of bobbleheads for their players, but they don't just go away when players leave their team. They sit around and collect dust and now you get to buy them on clearance from MLB.com. It's great: 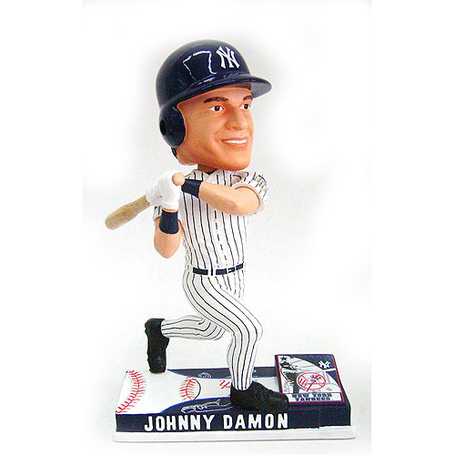 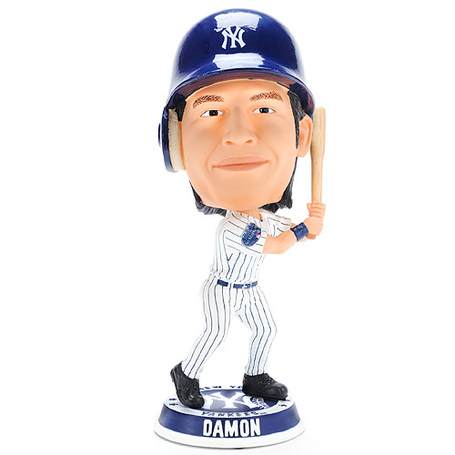 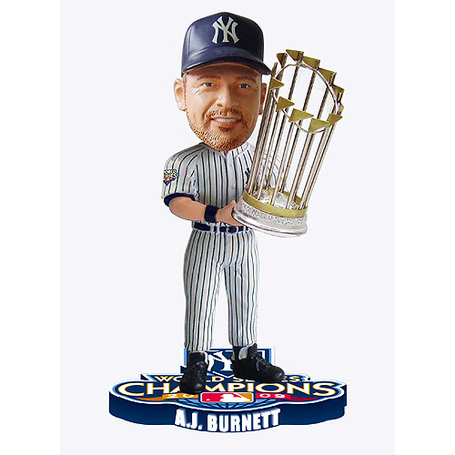 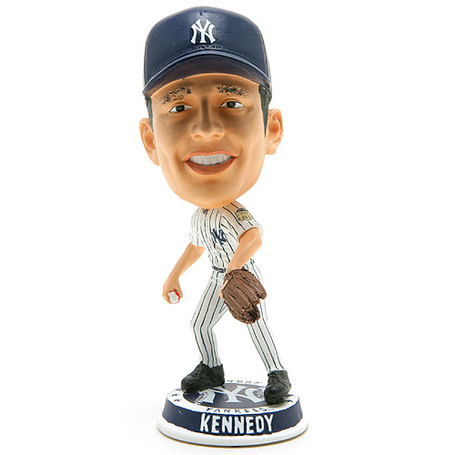 Johnny Damon and Ian Kennedy haven't been a Yankees in four seasons, and that's A.J. Burnett holding the World Series trophy in 2009. I think it's time to melt them down and make new ones. Chris Nelson? Reid Brignac? I'll take Brendan Ryan performing some bobble fielding wizardy. Who do you want the Yankees to make into a bobblehead? Let your voice be heard.